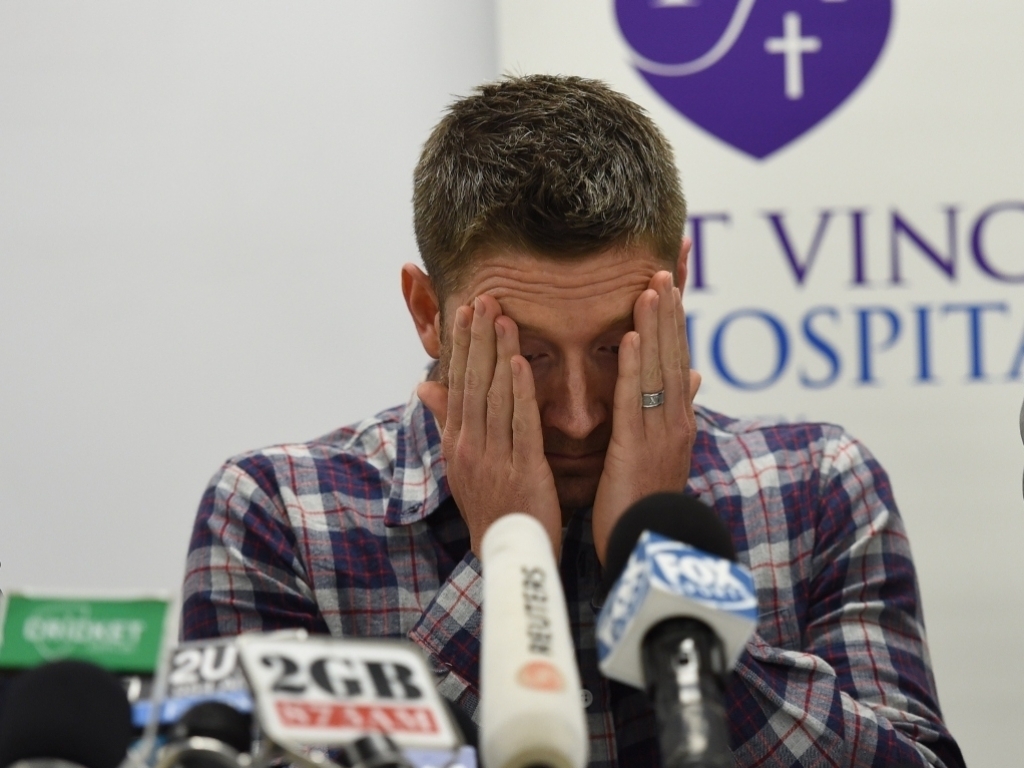 A devastated Michael Clarke sat in front of the media on Thursday and read a statement from Phillip Hughes' family, just hours after the Australia batsman had passed away in a Sydney hospital.

Clarke, one of Hughes' best friends, had been at Hughes' bedside for much of the two days since the freak bouncer struck him on the back of the head. The Australia skipper read a short statement from the family before rejoining his team-mates.

Dressed in a shirt and sweatpants, Clarke read from the piece of paper: "We're devastated at the loss of our much loved son and brother, Phillip.

"It's been a very difficult few days, we appreciate all the support we have received from family, friends, players, Cricket Australia and the general public.

"Cricket was Phillip's life and we as a family shared that love of the game with him.

"We would like to thank all the nursing and medical staff at St Vincent's Hospital and Cricket NSW medical staff for their great efforts with Phillip."

He then added, to Hughes: "We love you."

Australia team doctor Peter Brukner, who had announced the news earlier in the day, thanked Clarke for his steadfast support and help over the two days. The skipper barely left the hospital since Tuesday.

Brukner said: "There is one person I would like to pay particular tribute to and that is Australia captain Michael Clarke. Phillip's always been like a little brother to Michael.

"Phillip's family was obviously going through a difficult time, but I'm not sure they could have coped without Michael's assistance.

"I was just enormously impressed at the work that he did and the genuine care and love he gave to the Hughes family."