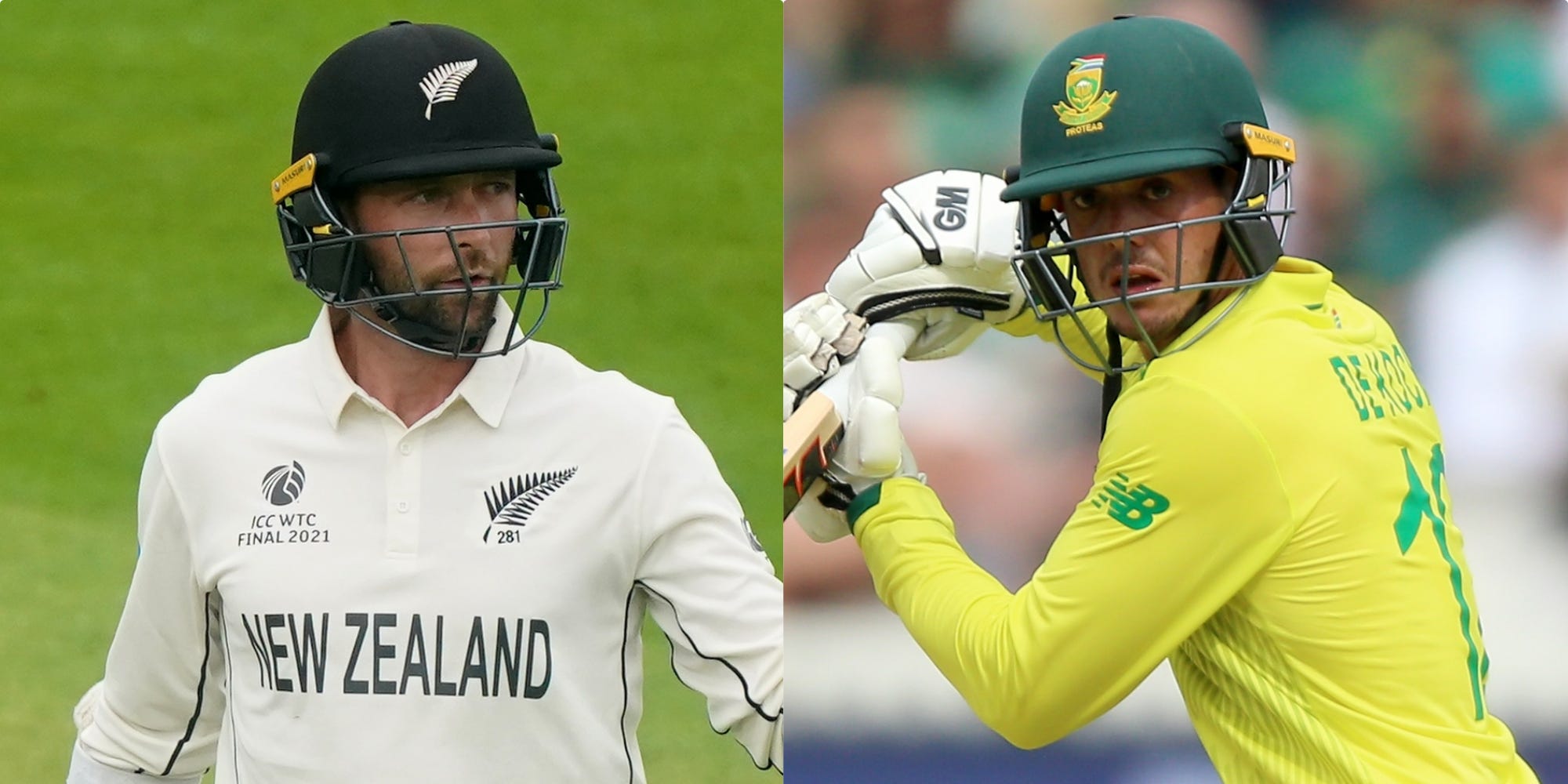 The Hampshire-based franchise were in the market for fresh blood after losing Australian duo David Warner and Marcus Stoinis, who pulled out of the inaugural tournament citing coronavirus complications.

Conway has already been one of the star performers of the English summer, registering a double century on his Test debut at Lord’s before top-scoring in the first innings of the World Test Championship final against India. His early white-ball record is equally impressive for the Black Caps, averaging 75 and 59.12 respectively in one-day and T20 internationals.

De Kock, meanwhile, is an established all-format star for the Proteas and might have expected to be picked up in the original draft.

Conway said: “I’m really excited to have joined Southern Brave. I have really enjoyed my time playing in the UK so far, and I’m looking forward to getting stuck in with the team and taking part in the first season of The Hundred.”

De Kock, who worked with head coach Mahela Jayawardene during their time together at Mumbai Indians in the Indian Premier League, added: “The Ageas Bowl is a fantastic ground to play at I can’t wait to get going. I’m also really excited to be working with Mahela again. Hopefully we can have plenty of fans in to support us and we can give them something to cheer about.”