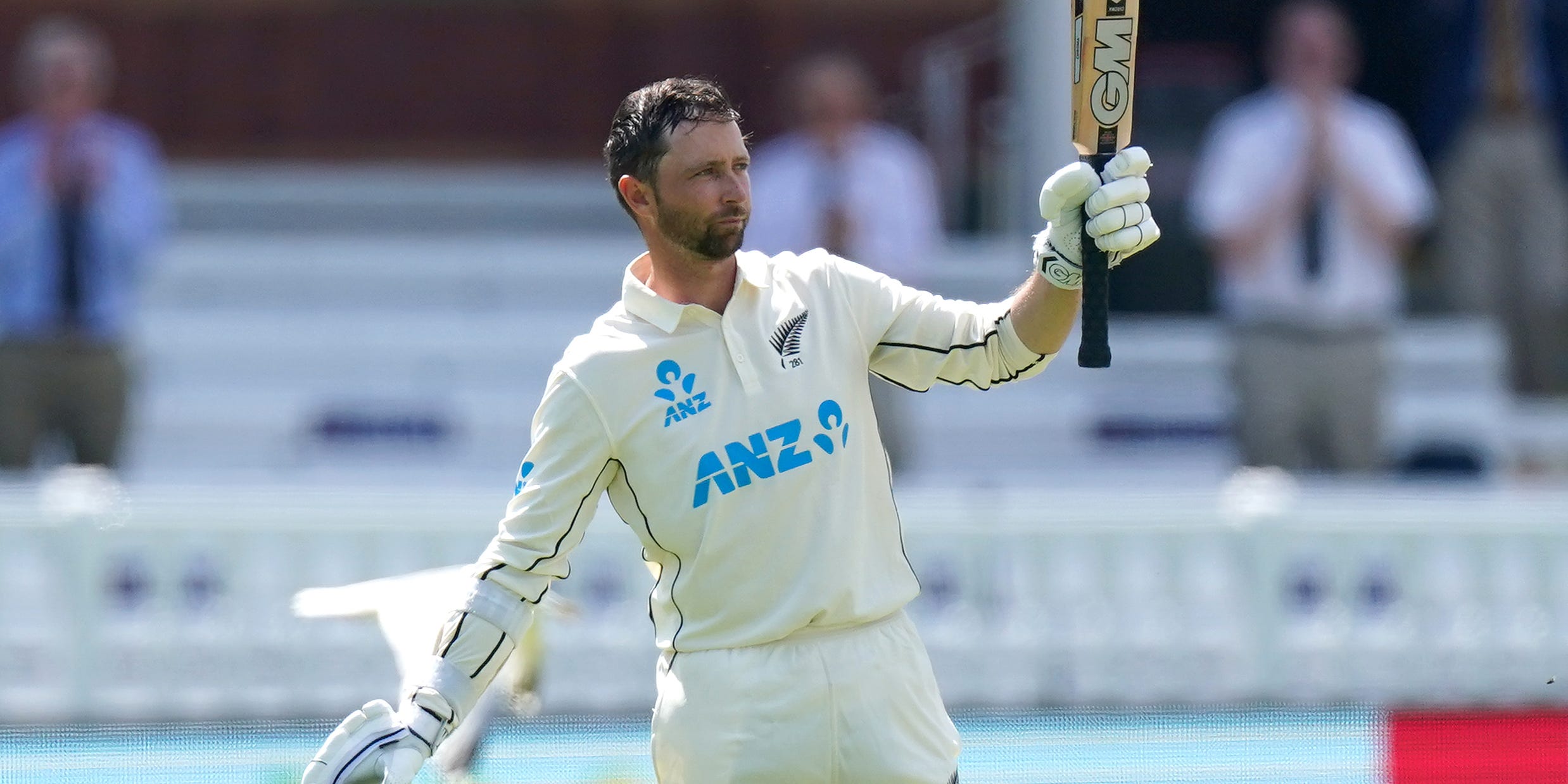 Devon Conway’s sensational 200 on Test debut ushered New Zealand to 378 all out after Ollie Robinson and Mark Wood wrestled back some of the initiative for England on the second day at Lord’s.

Conway showed plenty of composure despite the tourists’ collapse, with the Black Caps losing their last seven wickets for the addition of 90 runs, to become just the seventh batsman to record a double ton on his Test bow.

England were in a little strife in their reply after losing Dom Sibley, lbw to Kyle Jamieson, and Zak Crawley, caught behind after edging a drive off Tim Southee, as they went to tea on 25 for two.

The day started with the spotlight on Robinson, who apologised the previous evening for historical social media posts from 2012 and 2013, when he was in his late teens, that had surfaced and been shared online.

He was kept out of the attack as James Anderson and Broad were entrusted with a second new ball that was only six overs old, but the veteran pair were unable to stymie the runs as Henry Nicholls moved to an unobtrusive half-century before Conway brought up his 150 – setting a new record for the highest debut score in England.

Robinson was introduced inside the first half hour and he would be fundamental in ending a mammoth 174-run stand, taking a catch at long-leg after Wood had hurried Nicholls (61) with a well-aimed bumper.

That opened the floodgates with BJ Watling thick edging a sharp chance to second slip after attempting to work Wood to leg while Mitchell Santner tamely chipped the paceman to the short extra cover fielder after Robinson had nipped one back up the slope to locate Colin De Grandhomme’s pad, the original not out decision overturned on review.

New Zealand had slipped from the comfort of 288 for three to 294 for seven while they were in real danger of sinking without trace when Robinson accounted for Jamieson, with the England seamer denied a five-wicket haul when Southee’s loose drive to mid-off was shelled by Broad, moving to his right.

Southee nicked off to Anderson as debuting wicketkeeper James Bracey gratefully accepted his first catch behind the stumps before last man Neil Wagner played his part in a potentially priceless 40-run stand for the final wicket.

Wagner lofted Broad over long-off for six before driving Wood off the back foot for four – strokes that would have pleased a top-order batsman – before Conway moved to 200 exactly by pulling Wood over the long-leg boundary.

His epic 347-ball innings ended in unfortunate fashion, run out at the second attempt by Joe Root, who had brought himself into the attack, following Ollie Pope’s throw from the deep but Conway’s efforts had put the Kiwis in a strong position in the first Test of this two-match series.