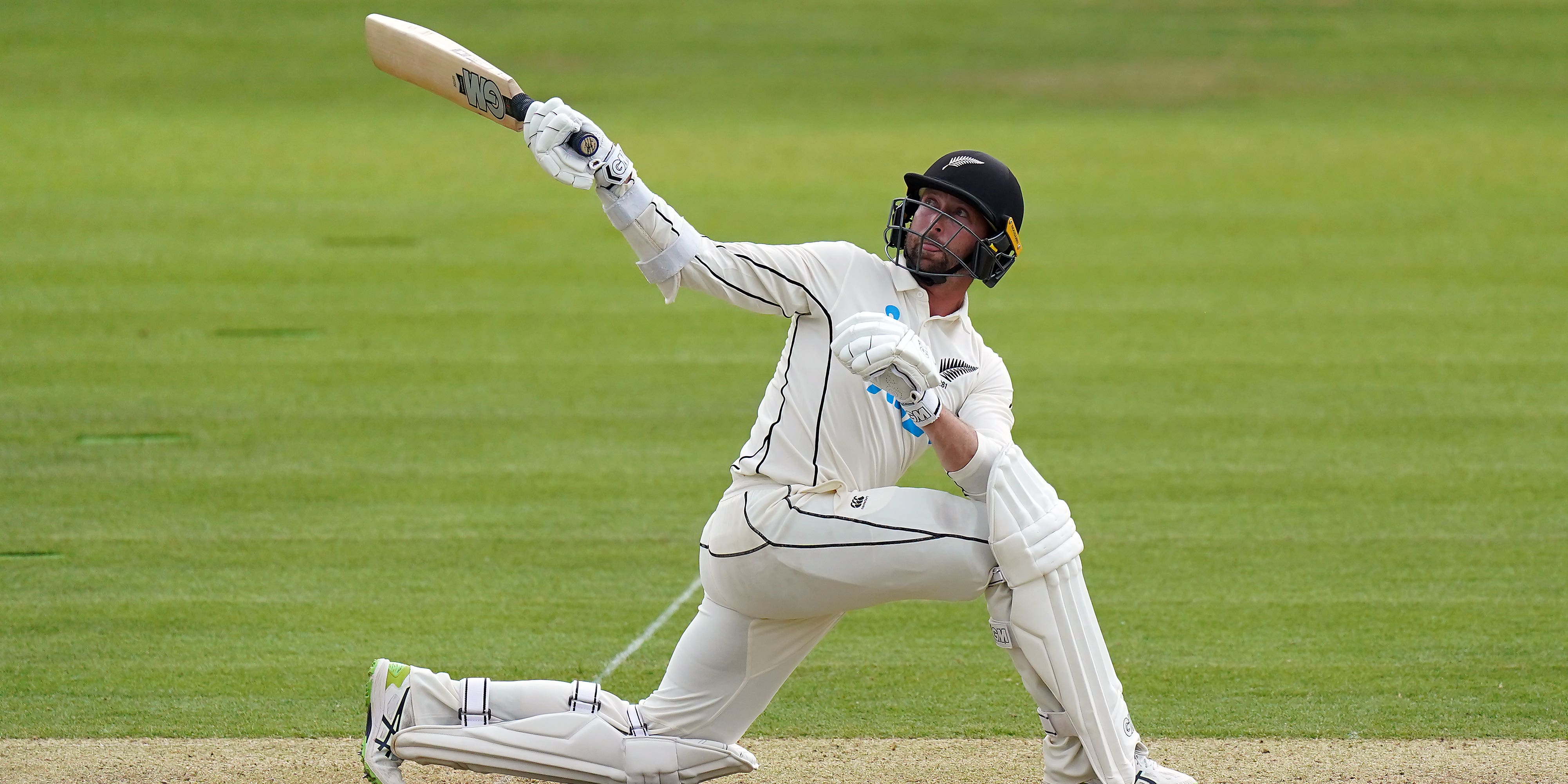 Ollie Robinson marked his England bow with two for 50 but the opening day of the first Test was overshadowed by historical tweets of a racist and sexist nature the Sussex seamer sent in 2012 and 2013, when he was in his teens.

Robinson, now 27, issued a full and frank apology after New Zealand had reached 246 for three at stumps, with Conway, preferred to Tom Blundell and Will Young as Tom Latham’s opening partner, unbeaten on 136.

England worked themselves into a position of promise after New Zealand slipped to 114 for three in mid-afternoon but Conway and Henry Nicholls (46no) put on an unbroken 132-run stand to subdue Joe Root’s side.

Unlike New Zealand’s last visit to St John’s Wood – when they were beaten by England on boundary countback alone in a dramatic 2019 World Cup final – there were few fireworks at the start of this two-match series.

The Black Caps have, though, laid the foundations to go big in their first innings even if England are unlikely to be too downcast after their attack put in a wholehearted effort on a pitch that offered them very little.

Joe Root announced on the eve of this contest that, before play got under way, the teams would share what was termed a “Moment of Unity” to highlight and try to drive out all and any forms of discrimination within the game. What was not known was that England would wear specially-designed T-shirts – which they will don throughout the summer in warm-ups – as they took a stand against racism, religious intolerance, sexism, transphobia, homophobia, ableism and ageism. However, Robinson unwittingly undermined the gesture when his old tweets were unearthed and shared online. He said afterwards: “I want to make it clear that I’m not racist and I’m not sexist. I deeply regret my actions, and I am ashamed of making such remarks. I was thoughtless and irresponsible. I am sorry, and I have certainly learned my lesson.”

James Anderson became England’s joint most-capped Test player on Wednesday, equalling good friend Sir Alastair Cook’s national record of 161 appearances in the format. There are no signs he is winding down as he claimed the wicket of Kane Williamson for the seventh time – no bowler has had more success against the Black Caps captain and talisman than Anderson. That took the Lancastrian to within seven of 1,000 first-class wickets.

Conway became the sixth debutant to make a Test hundred at Lord’s – Harry Graham, John Hampshire, Sourav Ganguly, Andrew Strauss and Matt Prior have also done so – as well as the 14th New Zealand batsman to get himself on the famous honours board. It continues a fine start to an international career that began last November. South Africa-born Conway, who qualified to represent New Zealand last August, is averaging 75 from three one-day internationals and 59.12 from 14 Twenty20s.

Rumblings from Down Under

It seems events in this part of the world are not going unnoticed in Australia, with just six months to go until the start of the next Ashes series. The 2019 contest between the teams saw Stuart Broad dismiss David Warner seven times in the space of 104 balls in their one-sided duel. It was a more forgettable day for Broad, standing in as vice-captain in the absence of the injured Ben Stokes, as he finished with nought for 42 from 20 overs.