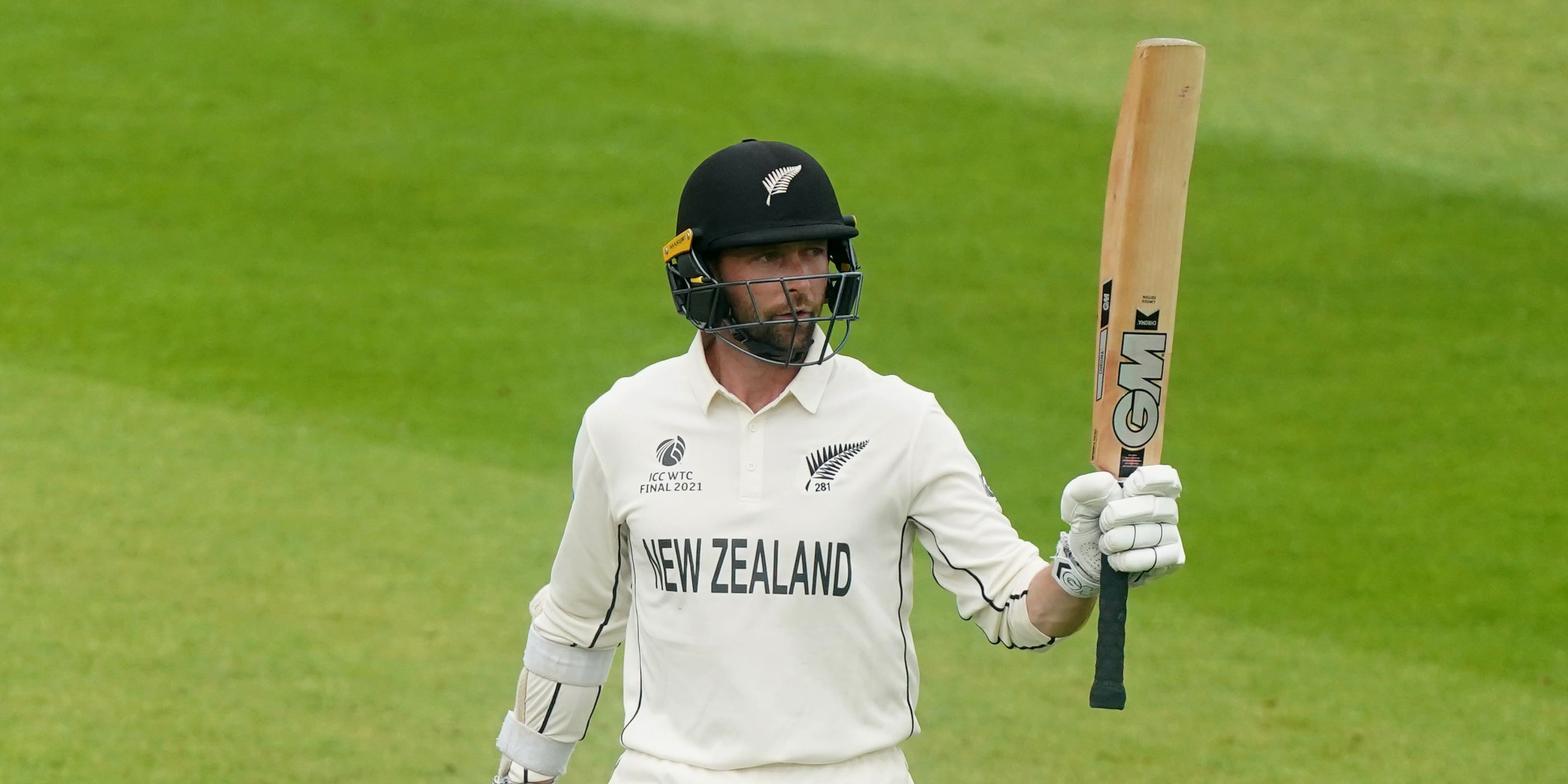 Devon Conway marked his first-class debut for Somerset with 88 on a rain-affected opening day of the LV= Insurance County Championship match with Leicestershire at Taunton.

The New Zealand international faced 146 balls and hit 15 fours for the Group Two leaders, sharing an opening stand of 143 with Steve Davies (65) before Will Davis and Gavin Griffiths led a spirited Leicestershire fightback, which saw the hosts close on 242 for seven.

Davis ended the day with two for 40 and Griffiths three for 48.

Northamptonshire’s Ricardo Vasconcelos had a day to remember as the hosts dominated a rain-affected day against Yorkshire.

Acting captain Vasconcelos was presented with his county cap before play and then claimed three catches behind the stumps as Yorkshire stumbled to 158 all out.

Rob Keogh and Tom Taylor proved the pick of the Northamptonshire attack with two for eight and two for 14 respectively, while the visitors would have been in a far more perilous position without a career-best 71 from youngster George Hill.

Northamptonshire closed 61 for two in reply around a second break for rain with Vasconcelos 32 not out.

Derbyshire, bottom of Group One and without a win, had a trying day against Nottinghamshire at Trent Bridge.

They struggled to 91 for five from the 47 overs that were possible on a day disrupted by the weather.

The visitors’ hopes rest on the shoulders of Leus Du Plooy, who remains unbeaten on 21.

Jordan Clark and Rikki Clarke stepped up in impressive fashion as Surrey’s undermanned bowling attack reduced Hampshire to 229 for seven at the Ageas Bowl.

The duo grabbed six wickets between them after Kyle Jamieson was forced off the field after just six overs due to injury.

Ian Holland was the pick of the Hampshire batsmen with 58 before he became one of Clark’s victims on the way to figures of four for 59.

Sixteen-year-old Danial Ibrahim defied Glamorgan’s dominant bowlers as Sussex struggled to 161 for seven on the opening day of their match at Hove.

In just his second appearance in the competition, Ibrahim made 41 not out in two hours.

Sussex had been in deep trouble at 96 for six when Ibrahim was joined at the crease by Will Beer, but the pair put on 65 for the seventh wicket – the highest partnership of a troubled innings – before Beer was out to the last ball of the day.

The hosts were depleted with eight players self-isolating because of a Covid-19 case within the camp.

The games between Lancashire and Kent and Warwickshire and Durham were washed out.