Dhammika Prasad ruled out of the World Cup 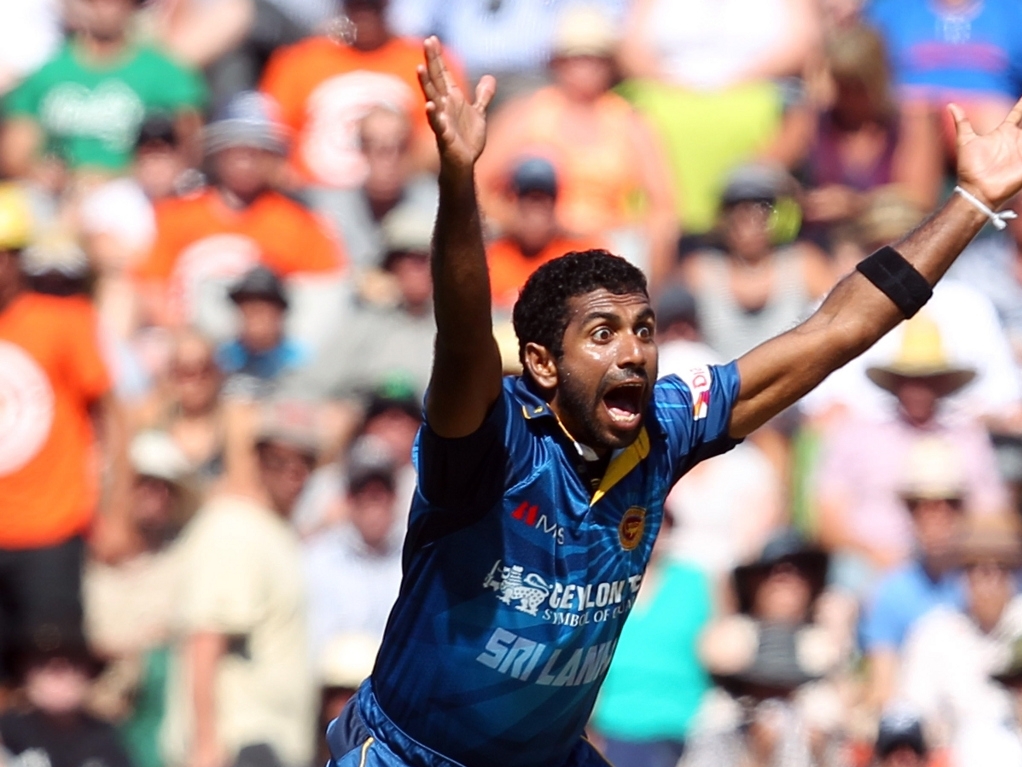 Sri Lanka fast bowler Dhammika Prasad has been ruled out of the upcoming World Cup after being hit on the hand during training on Saturday, two days before their first official warm-up fixture.

Prasad suffered a fracture to his hand and has been ruled out for four weeks, which means Sri Lanka could name a replacement for the global tournament, starting on the 14 February.

An official release said: "Dhammika Prasad was hit on the outside of the left hand when attempting a return catch while bowling.  The x-ray showed a fracture of the fifth metacarpal bone. The fracture has been realigned and put in a cast.

"Dhammika will not be available for the upcoming World Cup."

No replacement has been called yet as chief selector Sanath Jayasuriya is currently on his way to New Zealand to discuss potential replacements with team management and captain Angelo Mathews.

Sri Lanka are in Pool A of the showpiece event and have been drawn in the same group as co-hosts Australia and New Zealand, along with England, Bangladesh, Scotland and Afghanistan.

Their first match of the tournament will be against New Zealand at the Hagley Oval in Christchurch on the 14 February.