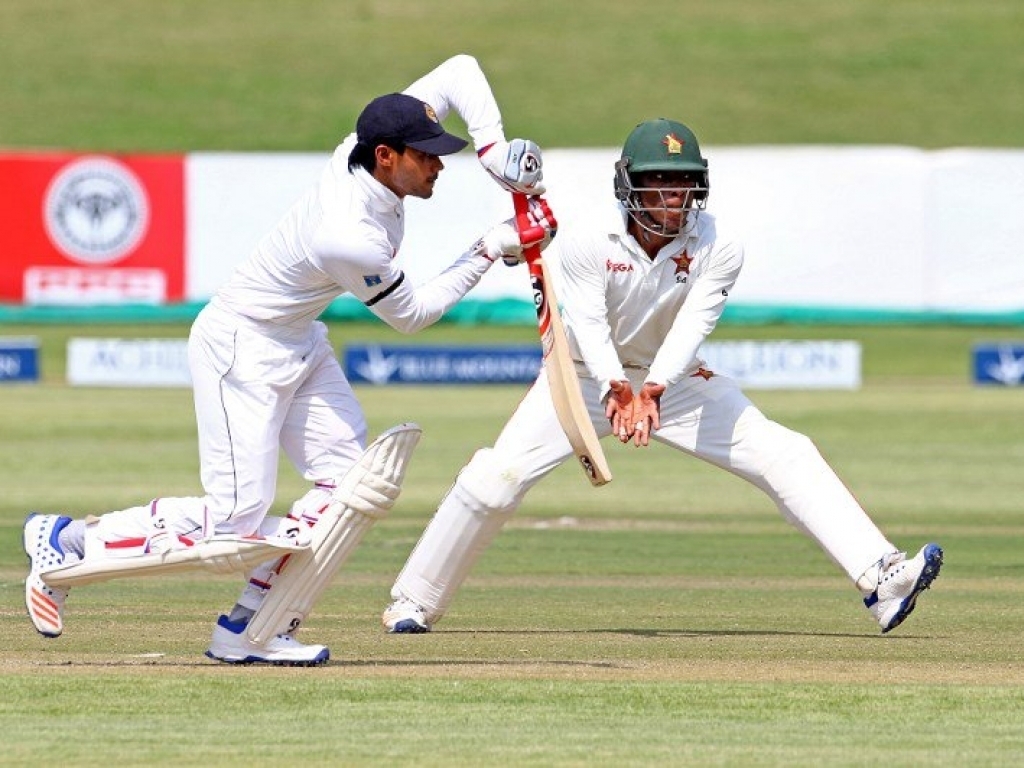 An unbeaten century from Dhananjaya de Silva led Sri Lanka to 290 for five at stumps on day one of the second Test against Zimbabwe in Harare.

De Silva was on 100 not out at the close, having rescued his side after the home bowlers made good early inroads, reducing Sri Lanka to 112 for four.

Hamilton Masakadza took two of the top three wickets, while Chris Mpofu trapped Kaushal Silva in front for four. Kusal Mendis was out for 24 to Donald Tiripano.

This brought De Silva and Upul Tharanga together and they put on a century stand to rebuild the knock. Tharanga was out for 79 to Graeme Cremer.

De Silva continued alongside Asela Gunaratne for the rest of the evening, recording his ton off 197 balls just before stumps. Gunaratne was on 13.

Zimbabwe will be disappointed with the middle part of the day, having done all the hard work early on after winning the toss. Sri Lanka lead the series one-nil.