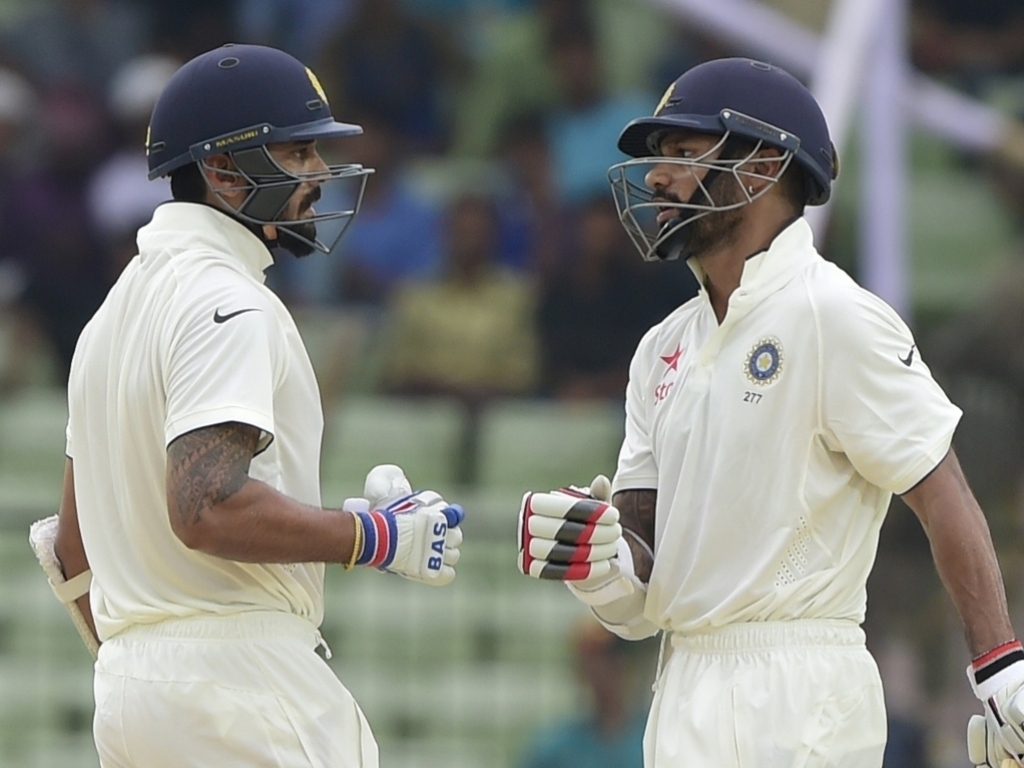 India opening batsman Shikhar Dhawan says he doesn't mind having to battle for his Test place, and feels that the strong competition from Murali Vijay and KL Rahul is good for the India team in the long run.

While Vijay is relatively set at one end as opener, Dhawan and Rahul have been batting back and forth this year, with Dhawan dropped in Australia and Rahul scoring a ton, and then Dhawan making a ton against Bangladesh recently when Rahul was ill.

Now they will go to Sri Lanka for a Test series, and will compete for the other slot, or even both play if Vijay is jettisoned for some reason, but Dhawan says he doesn't mind the uncertainty.

Dhawan said: "I think it is a good thing for Indian cricket that there is so much competition for the opening slot. Players put in more effort because you can be kicked out if you don't play well and make mistakes.

Dhawan is famous for scoring a very fast century on his Test debut against Australia, and along with the likes of Virat Kohli and Rohit Sharma, India's batting order cannot be accused of plodding along, which Dhawan says is a good thing.

He added: "In Test cricket now, you also need players who can score quickly, it has become very important because sometimes in second innings or first innings if you score quickly it helps the team.

"I have always been like that (aggressive with the bat), so it doesn't bother me. I just try to keep it simple. If I get a good delivery, I just defend it and If I get a loose ball then I hit it and make runs."

Asked if he would be playing his usual aggressive brand in Sri Lanka, he added: "It depends on the wicket. If the wicket is turning, it will be difficult for the batsman to play the spinner. Then you have to be more careful.

"You can't go and play your shots easily on a fast-bowling track also. You have to respect the bowler and every batsmen have their way of tackling the spinners."