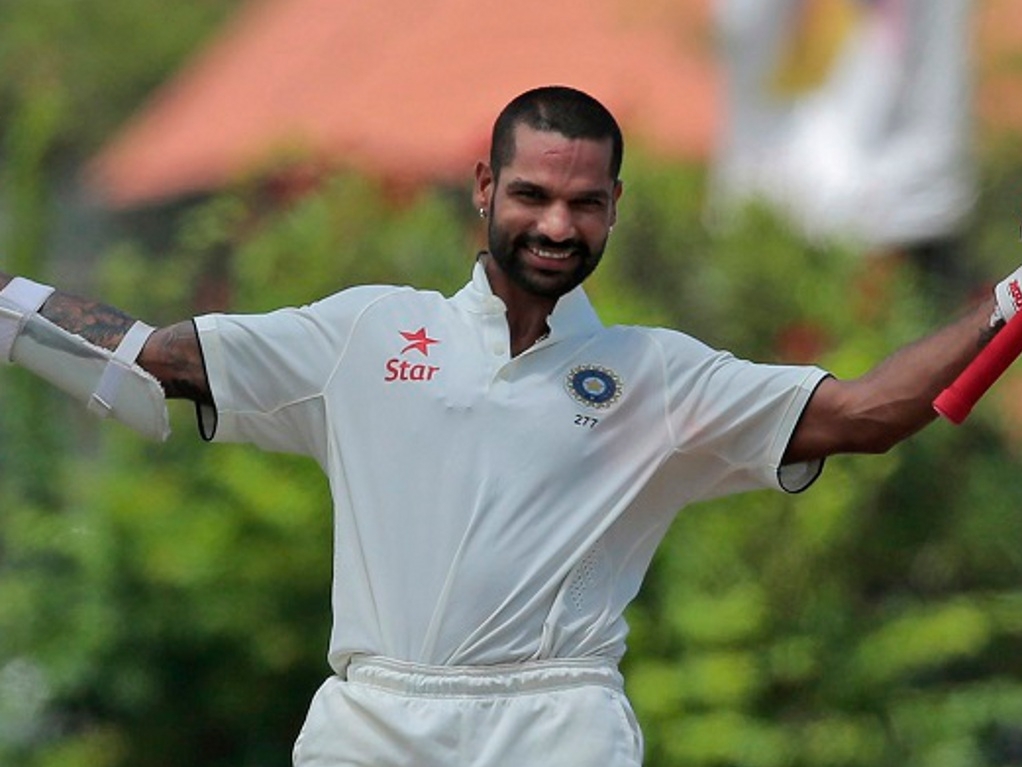 India opening batsman Shikhar Dhawan was delighted to score his fourth Test century, in Galle against Sri Lanka, and was even more pleased that it helped his team get out of a sticky situation.

India were two down for less than 30 runs when Dhawan and Virat Kohli joined forces, and the pair put on 227 runs together over the next 65 overs. Dhawan, famous for his aggressive batting, said he had no issue with taking it slow.

Dhawan said on the BCCI website: "I don't think it was hard for me to cut down my game. I enjoy playing like this also sometimes and I was enjoying leaving the ball.

"The team needed that kind of batting and that’s what I delivered from my team.

"I feel my shot selection has got better, so that’s why I am not getting out on 20s-30s now. I am mot giving more chances to the opposition and that’s made the major difference in my batting."

One of the reasons for his improved form and temperament, he says, is batting coach Sanjay Bangar, who Dhawan says has helped him focus his technique depending on the wicket and the bowler.

Dhawan added: "Our support staff has been really great especially Sanjay bhai our batting coach. When we arrived here we played that practice game so that’s how we got used to the conditions over here.

"And then we practiced sweeps and stepping out and as it is a turning track so we have to make sure that we don't let the bowler bowl on the same line and length.

"So yeah we introduced these shots in our game. That’s what we did as a batting unit with Sanjay bhai and other support staff."

He added: "I didn't change anything major things, little tweak, when you change little things the impact is big and yeah so after that Australia series even in the World Cup I played really good and I have been doing consistently well in international circuit."