Home Countries India Dhawan not worried after loss to Proteas

Dhawan not worried after loss to Proteas 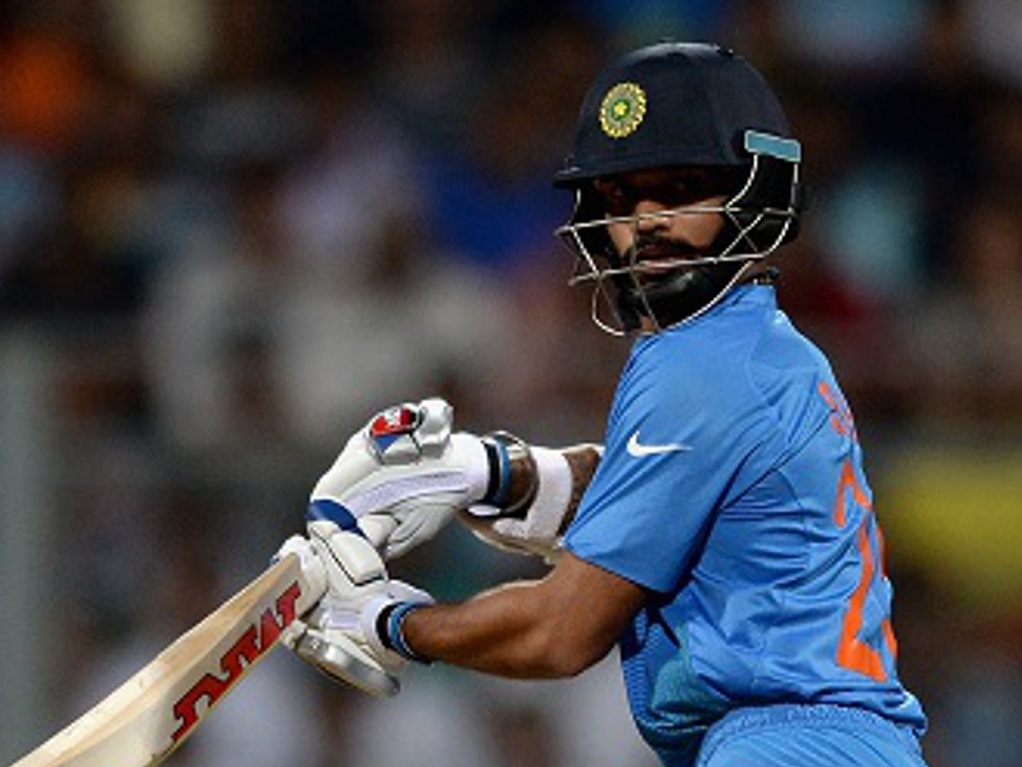 India needed 14 runs off the final over to win their World Twenty20 warm up match against South Africa, but fell four runs short of the win, but batsman Shikhar Dhawan says they did well to get close.

The Proteas had scored 196 for eight thanks to cracking half tons from Quinton de Kock and JP Duminy, and India's Dhawan made 73 in the chase as India got close. But Chris Morris was frugal in the final over, and Yuvraj Singh and MS Dhoni could not score the runs required.

Dhawan, unconcerned, said: "It is not necessary that every time our finishers will have to pull it off. It was a very big target, and I think we did really well to get to 192.

"The burden of expectation we are carrying is understandable, we are playing at home and all that. But we are like a close-knit family, so we also share the burden equally."

As for his own 73 before retiring out, Dhawan was delighted to get some runs on the board after a topsy turvy start to the year, and was happy to see new players like Jasprit Bumrah and Hardik Pandya do well with the ball.

He added: "Personally, it was great to spend some time out there in the middle. You saw that we gave chance to everyone today, and it is nice to have everyone involved.

"From the last time that we lost to them (South Africa), we have changed the side a bit, and got a much better depth in both batting and bowling."

The Proteas would have been a bit worried about the final over given their below-par death bowling of late, but Morris said he was pleased to see that their homework in the video room had paid off.

Morris said of his final over pressure: "Quite nerve-wrecking, but quite happy that we finished on the winning side.

"Any victory is important for South Africa. We had a plan in place for the likes of Dhoni and Yuvraj, we have done our research on them with lots of video footage and everything involved.

"They almost pulled it off, but I am glad I could deliver when it was needed the most."