Dhawan pleased by wealth of openers 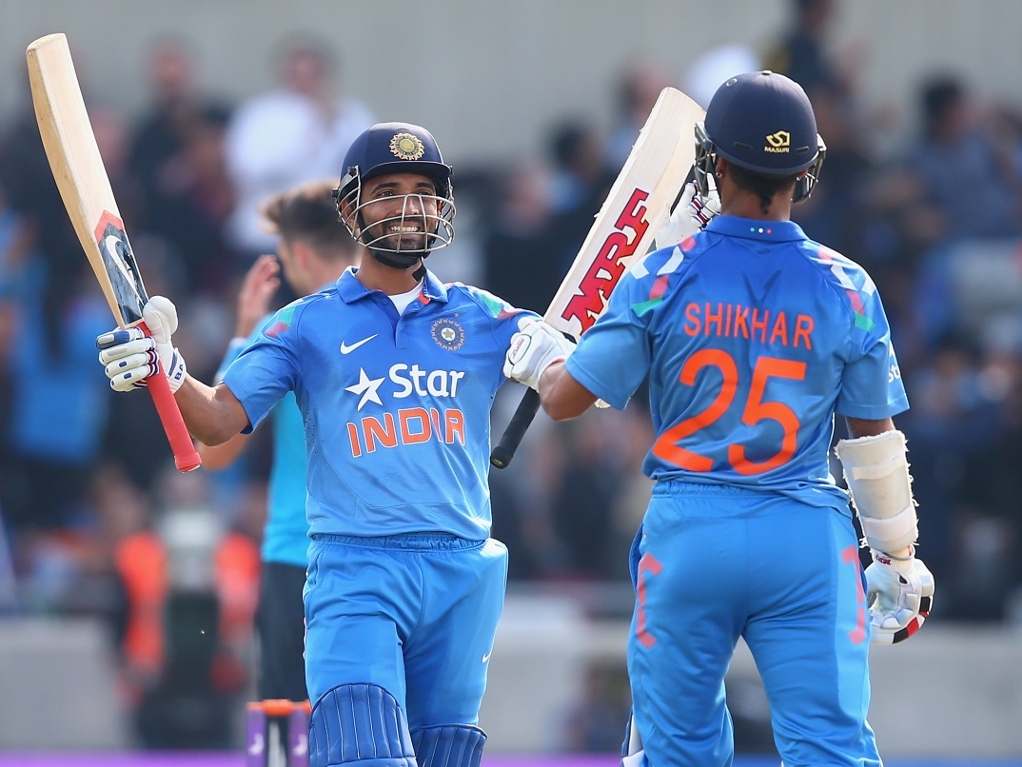 India centurion Shikhar Dhawan was pleased with his own efforts in the first ODI win against Sri Lanka, but was more impressed with the opening partnership he shared with Ajinkya Rahane.

The pair put on 231 for the first wicket, batting for 35 overs, and both scoring centuries. India went on to make 363, and Dhawan was thrilled that he and Rahane, as well as Rohit Sharma for India A, were in good form.

Dhawan said: "It's a good sign for our team that the openers are scoring runs and making big partnerships. If you see, me and Rahane have been consistently getting 50-run partnerships.

"It's very important because you need the strong base. When me and Rohit Sharma (who is injured) used to open, we did the same thing at that time too.

"We're very fortunate that we three openers are there with the Indian team and we can give that consistency with partnerships and performance."

He added of his and Rahane's tactics in Cuttack: "Today we were just trying to play the bowlers on merit. At the start the wicket was swinging and seaming a bit, that's why we gave it a bit of time to settle.

"You get a lot of self-confidence when you play such a knock, and when you win the first match by a big margin, it gives confidence to the team as well."

India won the game by 169 runs, with four more games to play.