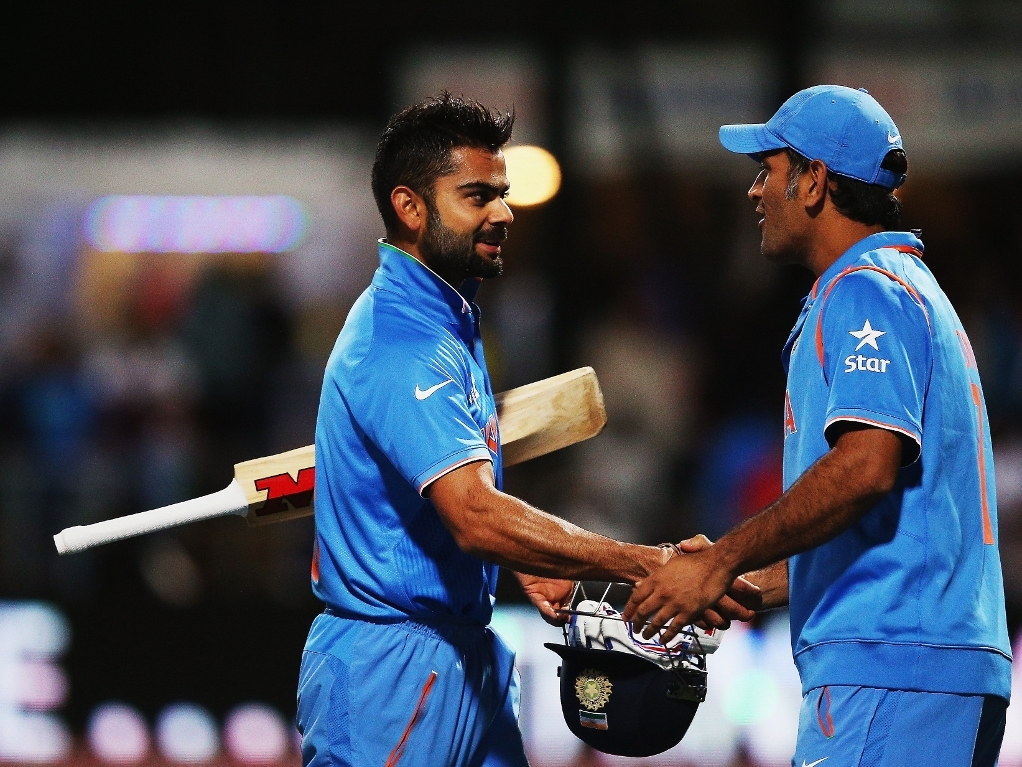 India captain Mahendra Singh Dhoni is backing batsman Virat Kohli to soon find his best form as they gear up to take on co-hosts Australia in the World Cup semi-finals in Sydney on Thursday.

Kohli started the tournament with a scintillating century in India's comfortable 76-run win over arch-rivals Pakistan, but has since not gone passed the 50 run mark in his next six innings.

The middle-order batsman has got starts in almost every match though, with three scores in the thirties and two in the forties, and Dhoni thinks a big score is around the corner.

The India skipper said: "I don't think he has batted badly. When he has got an opportunity he has scored runs. I don't think there has been any poor shot selection. He is a dominant batsman who likes playing his shots when he goes in to bat."

Kohli came into the global event on the back of a prolific four-match Test series against Australia where he scored 692 runs and averaged 86.50, including four centuries.

Dhoni continued: "Everybody relating his performance with the test series and expecting a hundred in every innings from him. It's quite difficult but at the same time I feel it is important to keep focusing on the process.

"It's just around the corner and big players always score in big games."