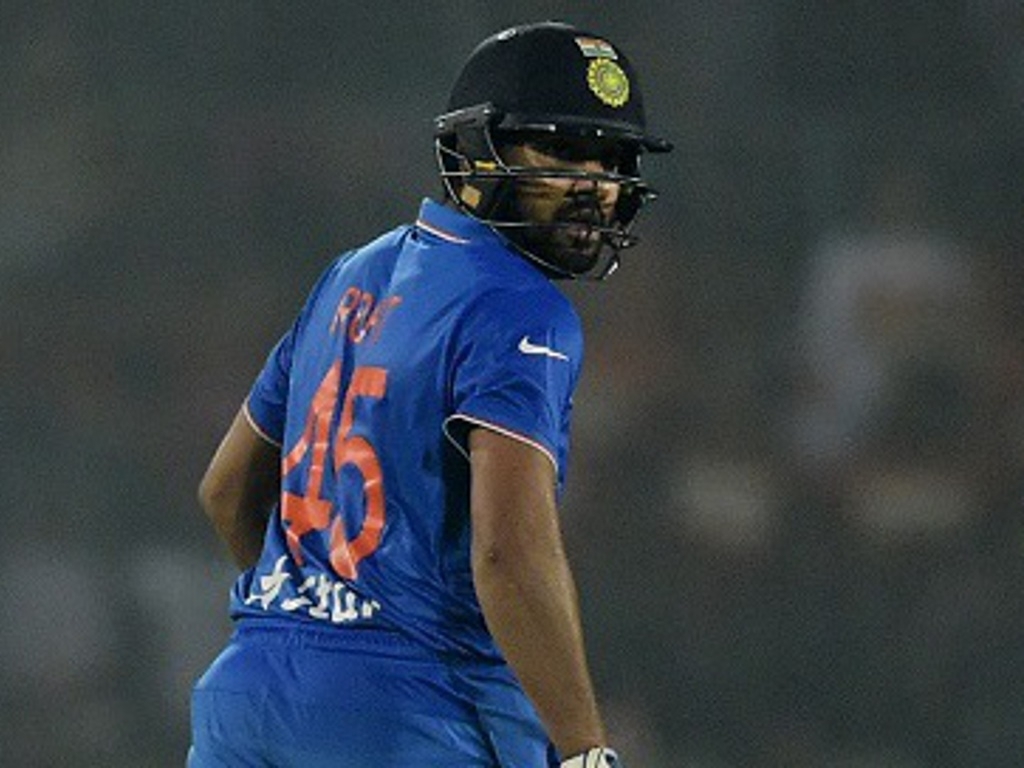 Rohit made 83 off 55 balls and batted until the final over, providing the backbone for his side's score of 166 for six, which they defended easily to win by 45 runs. Hardik Pandya's contribution of 31 off 18 balls was crucial too.

Dhoni said of Rohit: "Overall if you see, he used the pace of the bowler. They were bowling back of a length so he played a few cuts shots and he actually exploited the field more often than not.

"Rohit made sure he gave a little more strike to Hardik when he started hitting and he stayed till the end. Because of Hardik we got those extra 10-15 runs otherwise we were thinking a score of 140 would have been a very good score."

One player that did cop some flack was all-rounder Yuvraj Singh, who scored 15 runs off 16 balls. But Dhoni was not worried about the pace of the knock, saying it was fine for him to be the anchor partner while Rohit played at the other end. The pair put on 55 runs together.

Dhoni said of Yuvraj's knock: "I think the approach was good because all of a sudden you don't want to go out there when you get a chance to bat thinking that you want to do all these things.

"What's important is to play the delivery according to the merit. I feel that was what he was doing. Today he played a fabulous shot through the mid-off region and I think that's the kind of batting that's really needed from him.

"It's important for him to score runs, even if it is 15 runs, 12 runs or 20 runs, that will give him a lot of confidence and we all know once he's confident he's a completely different player.

"And to expect him to score big in the very first opportunity that he gets, or any other player gets, is very difficult. I feel he'll need a bit of time, an opportunity like this is always going to be good for him.

"It doesn't really matter how many he has scored but the time he spends in the middle will be something that is very crucial not only for him but also for the team."