Home Countries India Dhoni: The key is to manage the chaos

Dhoni: The key is to manage the chaos 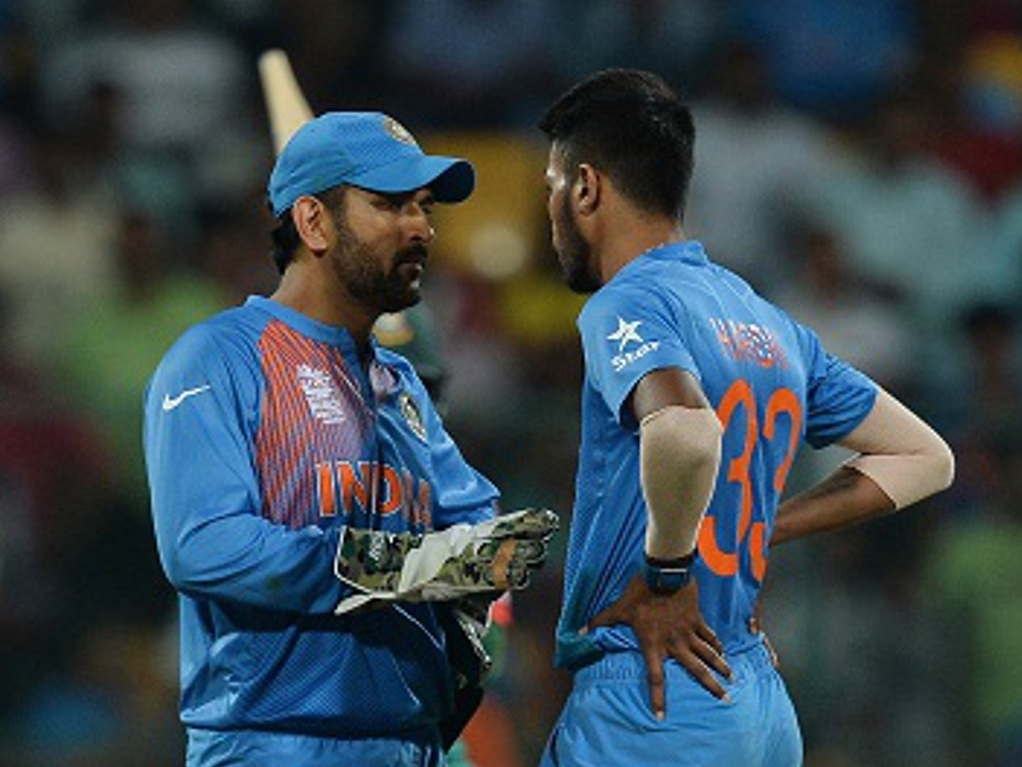 India captain Mahendra Singh Dhoni was a relieved man after his one-run win over Bangladesh in the World Twenty20, and said it was all down to managing the chaos in the final over of the match.

India took three wickets in the 20th over to prevent the Tigers from reaching what seemed to be an easy target. Instead, the Tigers ended on 145 for nine, thanks to a tight, and devastating Hardik Pandya over.

As a result, with Pandya defending the 11 needed off the last, India kept their tournament alive, as a loss would likely have seen them exiting before the knock-out stage, which would have bee a huge blow for the hosts.

"All these things you need to calculate and I feel what really helps is you listen to all of them. But at the end of the day you push the bowler to bowl what you feel is good at that point of time.

"If I am convinced that this is something I want to do, I will go ahead with it but definitely having an open mind at that point of time really helps because at times in situations like these under pressure, that's where the input of others comes in.

"But you have to assess everything and it has to happen in a very short span of time."

In the end, Dhoni decided that Pandya would be the best bet to bowl the last over, instead of a spinner, because he had used his frontline bowlers in the three overs before that, in order to keep the runs down.

He explained of his thoughts after 16 overs: "The batsmen were scoring quite freely at that point of time. I knew I had to take that one over from somebody whether it was a spinner or Hardik Pandya.

"I said what is important right now is to make a game out of it and that's where I said I'll use the proper bowlers at this point of time and we'll see how many runs are needed in the last over. Then according to that we'll decide who is the person who can bowl.

"There were quite a few options. There was Yuvraj Singh, Suresh Raina, Hardik Pandya was there. That was the reason behind it. Often it's quite an easy one.

"You want to give a cushion of an extra few runs and you go back to your main bowlers, you back their strength and say whatever runs you save it all keeps mounting on the last over and if he's able to execute his plans then we'll be on the winning side."