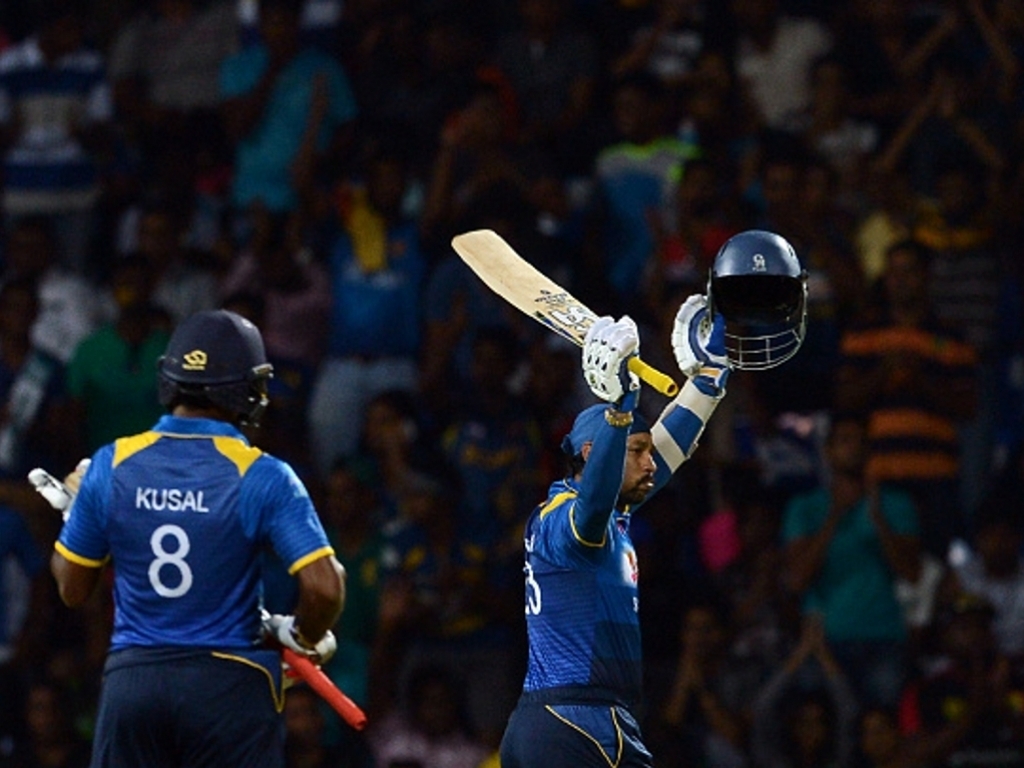 Retiring Sri Lankan star Tillakaratne Dilshan has praised the impact and example of young teammate Dhananjaya de Silva who he believes will become a key player.

De Silva was the top scorer for the home side in Dilshan’s final international match and the former skipper believes he has a big future in Sri Lankan cricket.

Dilshan said: “I think Dhananjaya will be a good example to others.

“He can bowl and he fields well. With the style that he batted with today, and the way he opened in the one dayers, you can tell he’s a player with a future.

“He opened with me for the Tamil Union team last year. I saw his talent about a year ago, and I told the coaches to look out for him. He and Kusal Mendis are two good young players for us. We can go a long way with them if they’re shown the right path. I think they’ll serve us well for years.”

Despite calling out his teammates for a lack of support during his captaincy, Dilshan was positive about skipper Angelo Mathews and backed him to succeed in his role.

The flamboyant allrounder added: “Angelo has a lot of young players in the team, and I think it will be easy for him to control it in future.

“Only Chandimal is there as an experienced player. I don’t think he will face too many obstacles. He will just have to develop the young players and move forward. I wish him well in that. If he can pick the right players for the job, based on their talent – that’s what any captain should do. He won’t have many problems then.”

Dilshan called on the Sri Lankan team to work hard on their fielding, much like he had done after setting aside the keepers gloves.

The veteran continued: “Our young players have to work hard to become great fielders.

“When I came to the team I came in as a wicketkeeper, but Romesh Kaluwitharana was already there. So I gave up the gloves and did a lot of work, by myself, on my fielding.

“Former fielding coach Trevor Penney helped me a lot with that. I remember back then we weren’t allowed to leave until we got 10 direct hits. The first time it took me more than 100 attempts. But within about a month I was able to get 10 direct hits in 12 – even 10 – attempts.

“The youngsters we have are good. They’ve got a good fielding coach from South Africa now. Our fielding is a bit low at the moment, so they need to improve that. I have the confidence that they will – and I’m more than happy to help them with that.”

When asked to look back on his career and pick out a highlight, Dilshan mentioned his 193 at Lord’s: “There are many moments I won’t forget. I will never forget my debut, because I got there with a lot of difficulty. And any player loves to do well at Lord’s and get a hundred as well.”