Home News Chandimal ruled out of remaining ODIs against India

Chandimal ruled out of remaining ODIs against India 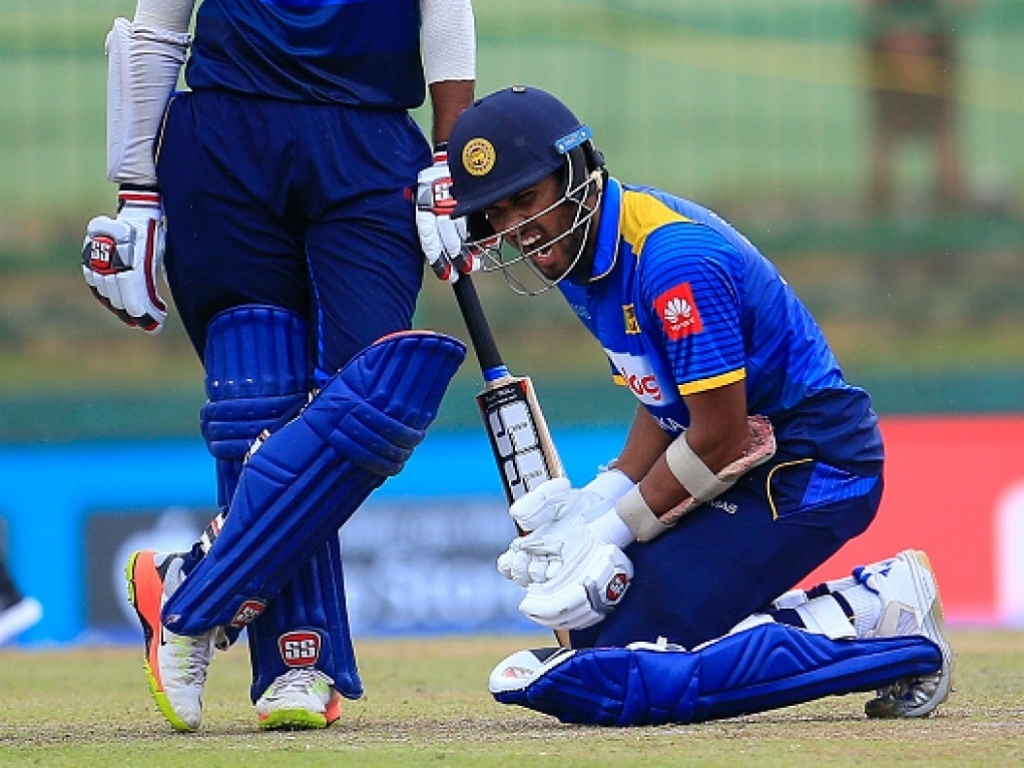 Sri Lanka were dealt yet another injury when Dinesh Chandimal was ruled out of the remaining two ODIs against India after fracturing his thumb while batting in the third match of the series on Sunday.

Chandimal, who was playing his first game of the series after being drafted into the side, was on 25 when he was struck on the right thumb by a Hardik Pandya delivery.

However he batted on in discomfort and was eventually out for 31 as India won by six wickets to take an unassailable three-nil in the five-match series.

The 27-year-old Chandimal, who is Sri Lanka’s Test captain, will consult a specialist in Colombo before the timeline for recovery is determined.

The hosts have had bad luck with injuries throughout India’s tour to their country with Asela Gunaratne, Nuwan Pradeep and Rangana Herath all missing some part of the three-match Test series.

Opening batsman Danushka Gunathilaka was ruled out of the third ODI with a shoulder injury with Sri Lanka hoping he will be fit enough to take his place for the fourth ODI on Thursday.