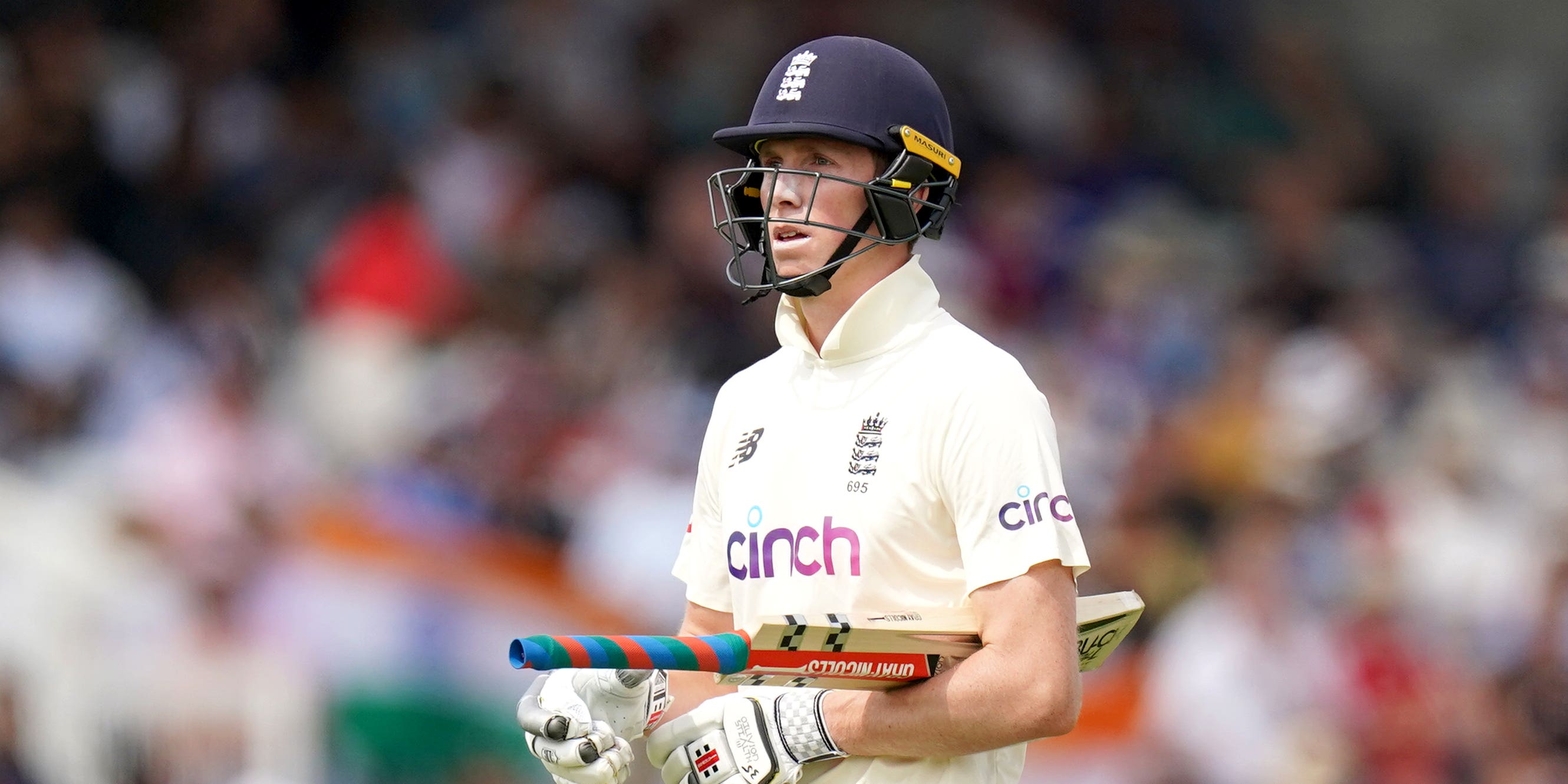 England’s batting line-up was undercooked and overwhelmed on day one of the first Test against India, rolled over for 183 as a classy touring attack dominated proceedings at Trent Bridge.

Since suffering a first home series defeat in seven years against New Zealand in June, Joe Root’s side have seen precious little red-ball cricket, with limited-overs county competitions and the launch of The Hundred dominating the domestic landscape.

And there were some rusty performances on show against opposition who gave little margin for error.

Captain Joe Root stood above the sloppiness, making a fluent 64 to overtake Sir Alastair Cook as England’s record international run-scorer, but elsewhere there was much to regret from a side who have made an unwanted habit of sub-200 totals.

Rory Burns, Dan Lawrence, Jos Buttler and Ollie Robinson all picked up ducks and there was a torrid period under murky skies and floodlights when six wickets tumbled for just 22 runs.

If India go on to win the Test, and there is plenty of time for more twists in the script, that passage could be seen as a match-defining one.

India reached 21 without loss in reply, leaving themselves in a commanding position heading into Thursday’s action.

After being asked to bowl first India got their wicket tally up and running in the first over of the day, the impressive Jasprit Bumrah nailing Burns lbw for the first of his four wickets.

Dom Sibley and Zak Crawley steadied things over the course of the next 20 overs but despite the latter’s occasional flourishes – a couple of neat extra-cover drives and a swivel pull off Shardul Thakur – India were in full control of the scoreboard.

Crawley fell for 27 in the run-up to lunch, undone by a slender inside edge off Mohammed Siraj and a successful DRS gamble by Virat Kohli, who called for a second opinion just three balls after wasting a referral on a similar looking appeal.

It was 66 for three when Sibley followed early in the afternoon’s play, losing his balance and chipping Mohammed Shami to short midwicket having eked out a lethargic 18 in more than two hours at the crease.

By then Root was already into his stride, making light of an awkward period at the end of the morning session by helping himself to three swift boundaries.

With effortless access to third man he soon had the 22 he needed to move past Cook’s record all-format mark of 15,737 and later an 89-ball half-century.

Together with fellow Yorkshireman Jonny Bairstow, back in place of the unfit Ollie Pope, he shared a stand of 72 that looked as if it might flip the pressure back on to the bowlers.

The last ball of the afternoon changed things emphatically, Shami going full and straight to Bairstow’s stumps and picking him up lbw for 29.

Clouds gathered during the break and the lights came on, providing perfect swinging conditions for India to press home their advantage at 138 for four.

Shami, completing the over which had started with Bairstow’s wicket, resumed to dismiss Lawrence without scoring, victim to a tickle down the leg side.

Buttler, whose last first-class innings came in Chennai six months ago, also made nought but his was a drawn out affair.

Over the course of 18 deliveries he poked and pushed outside off, eventually getting close enough to edge Bumrah behind.

England’s prospects hung heavily on Root’s shoulders and he eventually buckled under the weight, lbw to the first ball of a new spell from Thakur.

Robinson, spooning to mid-on, and Stuart Broad, blocking a Bumrah yorker with his shin, followed in quick succession before Sam Curran (27no) topped up the total with some last-gasp aggression, including a swiped six off Thakur.

But Bumrah had Anderson in his sights and clattered the base of off stump to wrap things up in the 66th over.

England were left with an hour to play with and conditions still bowler friendly, if not quite as gloomy as before.

There was enough time for 13 overs of the reply, but England drew a blank against Rohit Sharma and KL Rahul, with Robinson their likeliest threat.