‘Distraught’ Broad looks back, and forward 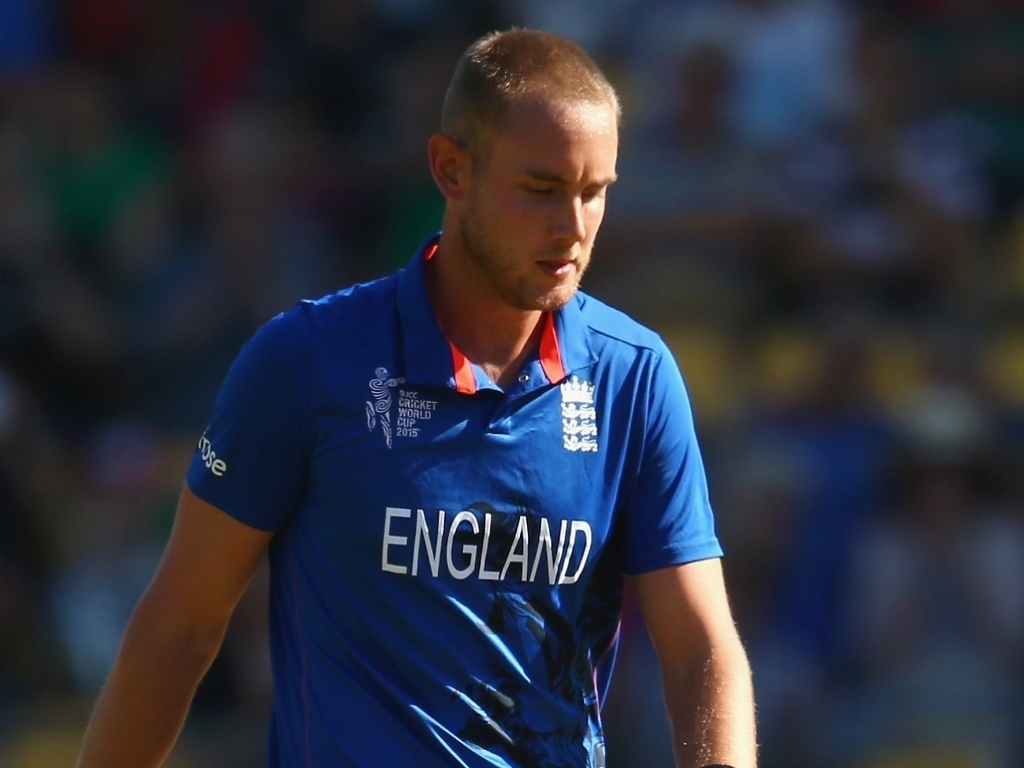 England fast bowler Stuart Broad has taken a week to look back on his side's World Cup exit, and despite being disappointed and angry, he's refusing to blame the coach and will not quit ODI cricket if he can help it.

Broad was well below par, like the majority of the side, during the group stage, and they won just two games out of six. The loss to Bangladesh, by 15 runs, was the crucial blow and ruled them out of the race.

Broad wrote in the Daily Mail: "The only word I can use to describe my feeling over the last few days is distraught, really. The night we lost to Bangladesh I found myself staring at the floor in disbelief and I was trying to work out in my own mind what happened.

"Then over the next couple of days it started to sink in and the disappointment turned to anger. Anger at ourselves. It was in our hands and the players have to take every bit of heat we get because we were in a very winnable position in that game.

"We just didn't take to the pressure well at all."

There have nee calls for coach Peter Moores to be sacked, with the impression that the side is overly-reliant on statistics and 'data' and have no freedom to play instinctual cricket, but Broad feels this is unfair as Moores isn't on the field.

He added: "It’s unfair to pin the blame on Peter Moores. We've worked a lot on our game and the coach can't do anything about the players not being able to take the heat of the battle when it most matters. Coaches try to teach that but you only really get it by winning and losing at the highest level.

"I'm reading a book called The Unstoppable Golfer by Bob Rotella and a lot of what he says applies to cricket. It’s about players taking responsibility to get into a position to handle the pressure.

The paceman was poor for much of the tournament, and he and James Anderson took just nine wickets between them. Broad felt that while he didn't get the results he wanted, and wasn't nearly as quick as he'd have liked, he wasn't abysmal.

Broad said: "It’s stating the obvious to say I haven't taken the amount of wickets I would have liked in this tournament but it’s never the definitive way to judge how you have bowled. I like to judge myself on the processes, whether I've hit the right areas and whether I've created chances.

"I feel like I have created chances but I've not hit the right areas as consistently as I'd like to have done. At the start of the tournament I tried to bowl as quickly as I could but found I wasn't moving the ball as much as I'd like.

"So against Bangladesh I changed that and tried to bowl a bit more as if it was a Test and looked for movement. That was better but it took me too long to figure it out in these conditions.

"I've not been happy with myself but it’s such a shame it’s been cut short because there’s a lot of cricket left in this tournament. This group had a lot more expectation than we've shown but hopefully a lot of them will be around to grow over the next couple of years."

The Nottinghamshire man also refused to consider retiring from ODI cricket, despite calls for him to do so, saying he wants to be a part of the next World cup, which takes place in the UK in 2019.

He continued: "I'm only 28 and I want to continue playing one-day cricket for England. Look at the best teams here and they all have experience in their teams. I've not shown enough quality in this tournament but the next World Cup is in England and my record is good at home.

"You can't say what’s going to happen in the next four years but I'd certainly like to play a key role leading up to the next one. They say a bowler’s peak is from 28 to 33 so why wouldn't I want to play?

"I know we are the only team who plays all-year round and that means a lot of cricket but I try to give myself the best opportunity I can to play for England as often as I can.

"I rest where possible and I haven't been to the Indian Premier League. That’s because I want to play for England and I want to keep on doing that in all forms."