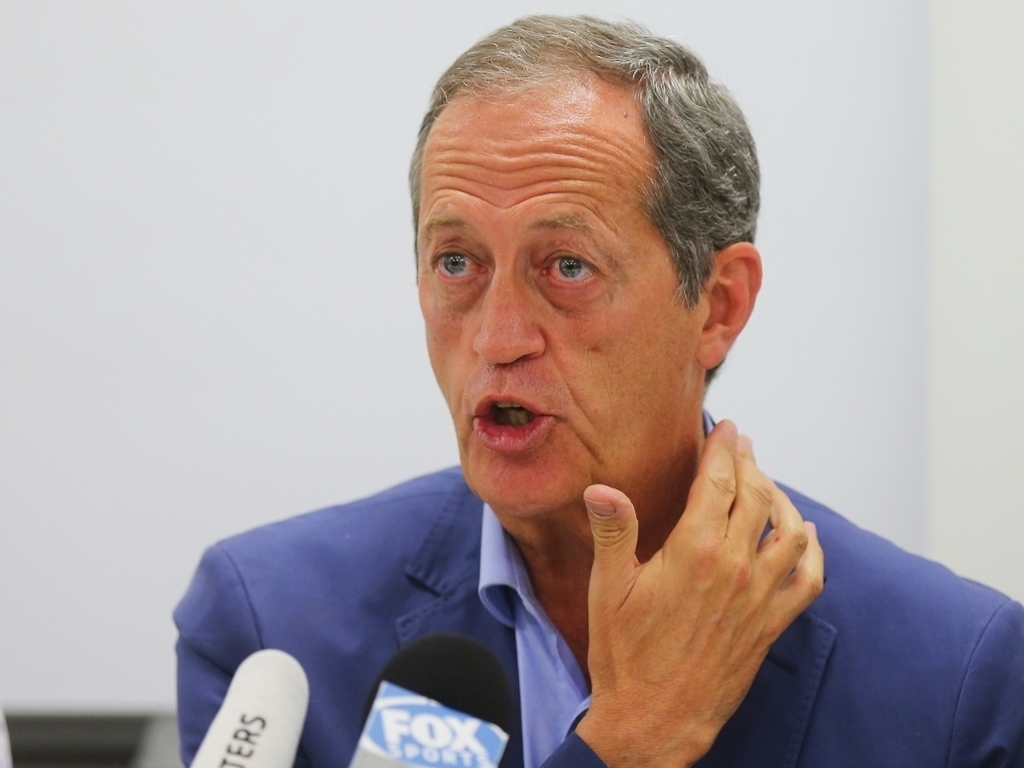 Australia team doctor Peter Brukner has explained the exact cause of batsman Phillip Hughes death, revealing that a 'freakish' massive brain bleed as a result of a burst artery near his skull was the reason.

Hughes was struck by a bouncer on Tuesday, on the back of his head and off his helmet, and was immediately rushed for emergency surgery to relieve the pressure. But he never regained consciousness and passed away on Thursday.

Brukner, who did CPR on Hughes on the side of the SCG field at the time, explained the rare tragedy: "Phillip took the blow at the side of the neck and as a result of that blow his vertebral artery, one of the main arteries leading to the brain, was compressed by the ball.

"That caused the artery to split and for bleeding to go up into the brain. He had a massive bleed into his brain. This is frequently fatal at the time.

"However, Phillip was resuscitated and then managed by, in particular, Dr John Orchard, the Cricket NSW doctor, and paramedical staff, and we were fortunate enough to have Dr Tim Stanley, an intensive care specialist from Newcastle, who was in the crowd and came and helped.

"They all did an excellent job of keeping Phillip alive and he was able to be transported by ambulance to hospital in reasonable condition."

Dr Tony Grabs, the trauma director at St Vincent's, explained what happened next: "The head injury that he suffered was catastrophic. He arrived well intubated and [had been] resuscitated very well.

"It was our recognition that the first priority in this situation is to get an urgent CAT scan of the head to determine what we can do.

"This CAT scan occurred very early and it was recognised early that we had to make an intervention into the brain to actually help get the pressure down in the brain.

"Once we had made the diagnosis of blood around the brain, and it's a subarachnoid blood, which is under pressure from the artery, the immediate transfer to theatre was necessary.

"He went to theatre and had extensive surgery to remove some of the skull around his brain to help allow the brain to expand so it wasn't compressed."

But all their efforts were tragically in vain, and Dr Brukner was keen to express just how rare the injury was, as Dr Grabs had never seen it in person before: "This was a freakish accident, because it was an injury to the neck that caused haemorrhage in the brain.

"This condition is incredibly rare. It's called vertebral artery dissection, leading to subarachnoid haemorrhage – that's the medical term for it.

"If you look in the literature there's only about 100 cases ever reported, so this is incredibly rare. Only one previous case ever reported as the result of a cricket ball.

"So I think it's important to realise that yes, we need to review all our procedures and equipment, but this is an incredibly rare type of injury."