Dolphins up for T20 Challenge 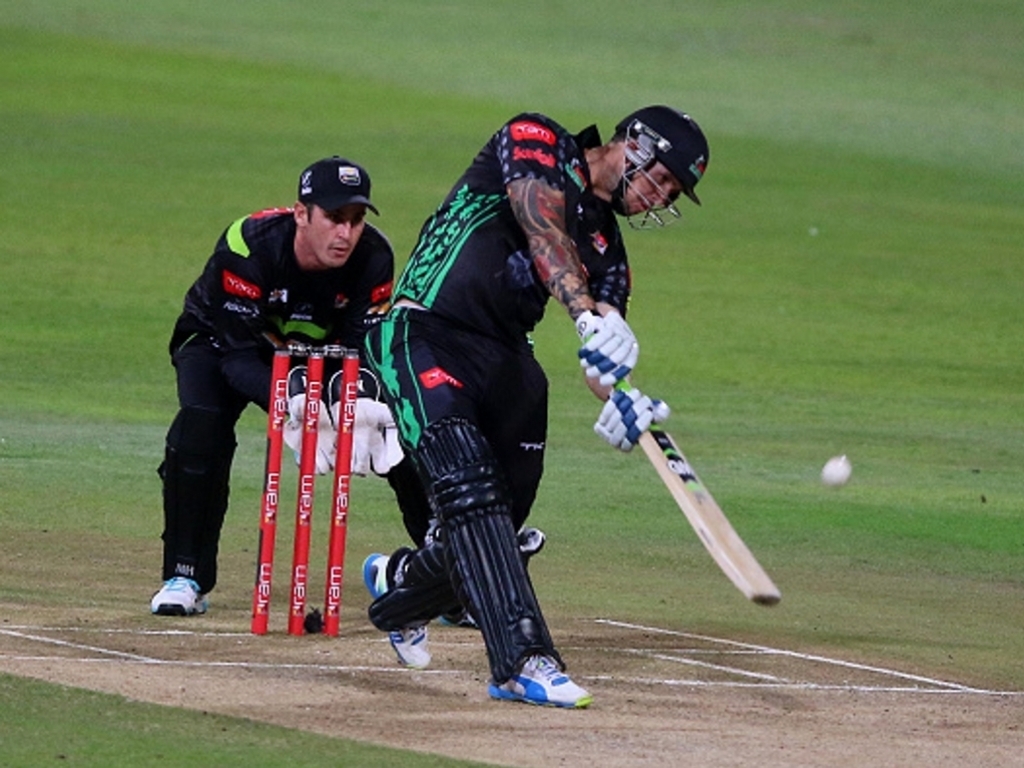 The Dolphins are relishing shifting into white ball cricket mode this weekend when they get their T20 Challenge campaign underway against the Warriors at Kingsmead on Sunday.

The month-long competition is a crammed schedule that sees the Durban side start with two games at home against the Warriors and Highveld Lions on Sunday and Wednesday respectively before hitting the road for four action-packed encounters against the Titans, Cobras, Knights and their second clash with the Lions.

After five weeks of Sunfoil Series action, Grant Morgan and his charges are looking forward to the arrival of white ball cricket with the coach challenging his men to play a positive, expressive brand of cricket.

Morgan said: “The energy is very good, we played a practise game on Wednesday and there were a lot of encouraging things from many of the players and I think the momentum from a decent four-day campaign has made us a proud unit as well.

“I want our guys to make themselves shine out of the TV screens and fill the people of KwaZulu-Natal and South Africa with the sense that we’re a team that really want to play during this competition.”

Morgan has named a thirteen man squad for the Dolphins first two clashes of the tournament and having not been a part of the Dolphins mix thus far this season, hard-hitting opening batsman Cameron Delport is a notable 2016/17 first-time inclusion.

Delport said: “It’s great to be around the guys again and it’s nice to see the energy and the positivity in the team after the four day stuff.

“The tournament is action-packed and we’ve got some big hitters in the team, so I think the competition suits us quite well.”

Having played in various T20 tournaments around the globe, the 27 year-old left-hander is looking forward to implementing some of the keys lessons he has learnt during his travels, as well as reigniting his partnership with captain Morné van Wyk at the top of the order.

The opener continued: “I think I’ve calmed down a bit and having played in a couple of the other leagues around the world with guys who have won Twenty20 World Cups, talking to them and watching them play, I’ve learnt that you don’t have to go right from ball one because you’re able to catch up later on.

“Morné and I want to be there as long as we can; the longer the two of us can be there, the better for the team and hopefully we can put some good partnerships together.

“I’ve been feeling in good knick but I’m just looking to take it ball by ball.”

Delport is joined by middle-order batsman Cody Chetty and KZN Inland all-round star Kyle Nipper while Prenelan Subrayen and Rabian Engelbrecht were part of the Dolphins’ four-day squad during the first five weeks of the season but will be hoping to get their first run for the team this weekend.

Proteas spinning ace, Imran Tahir has also been named in the Dolphins outfit and will no doubt play a key role both against the Warriors on Sunday and throughout the team’s T20 Challenge campaign.

Coach Morgan added: “They’ve got guys like Ackermann who has done well, Smuts has played in the CPL, Colin Ingram is a world class player, Harmer and Birch will give them experience and then they’ve also got some improving youngsters like Magala.

“But if I look at our side, we’ve got some guys who really know their game and have been dominant in the Twenty20 format.

“We respect the Warriors, but we don’t have to stand back and I believe that if we fire at 100% and they fire at 100%, then we can give a very good account of ourselves.

“No one can afford to function ten percent under their best though, because then they’ll get a hiding; it really is that close between the franchises.”

The T20 Challenge match between the Dolphins and the Warriors gets underway at 14h30 at Kingsmead in Durban on Sunday, 13 November.