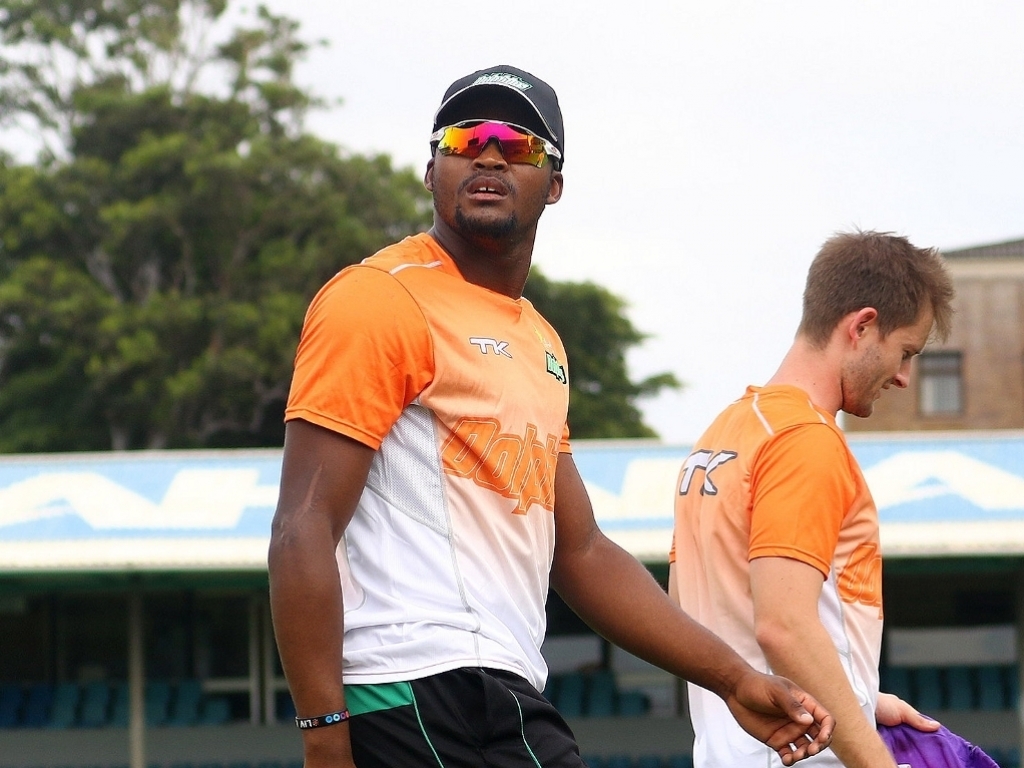 Andile Phehlukwayo makes a welcome return to the Dolphins mix ahead of the KZN Franchise’s trip to SuperSport Park Centurion later this week where they will face up to the Titans from Thursday to Sunday in a third round Sunfoil Series clash.

Phehlukwayo returns to the Dolphins after being part of the record-breaking Standard Bank Proteas ODI squad that whitewashed Australia recently, a series that saw the young 20 year-old all-rounder make a telling opening contribution at international level.

Phehlukwayo said: “It was really exciting to be part of the Proteas.

“I put in a lot of work in the off- and pre-season and a lot of that work I put in with the Dolphins and the South Africa ‘A’ side helped to get into the Proteas side, but I surprised even myself a bit as I didn’t expect performances like that from myself.”

Phehlukwayo is now eager to make a seamless transition from white ball to four day cricket as he looks to contribute to his Franchise’s domestic efforts: “It’s always tough switching from 50-over cricket to four day cricket; there are a lot of mental changes that have to happen and a lot of the senior guys and they’ve been chatting to me about the change in mindset.

“I’ve got a bit of homework to do before Thursday, focus on my game plans and the contributions I want to make for the team and then take that into this week’s game.”

Having beaten the Warriors by an innings and 70 runs in East London and the Highveld Lions by 77 runs in Potchefstroom in their opening two fixtures of the 2016/17 season, the Dolphins find themselves aloft the Sunfoil Series table on 35.20 points and the feeling in the camp is a good one.

Dolphins captain, Morné van Wyk said: “Everyone would agree that we’re quite happy with the start.

“With us playing five four-day games in a row to start with, there are almost two mini competitions within the Sunfoil Series and these two wins have definitely given us a good chance of finishing somewhere near the top at the end of the first half.

“We’ve had some proper contributions from a few guys already and we’ve been ticking a lot of boxes off the field as well, so there have been some really good signs for us so far.

“Hitting the road and spending time with each other as a squad during our two week road trip also gave us a chance to get to know each other, which was great, while getting two positive results was obviously also really pleasing.”

Grant Morgan is another pleased with his team’s start and the atmosphere amongst his charges.

The Dolphins head coach is however well aware of the challenge that awaits his side this weekend in Pretoria as they take on the Sunfoil Series defending champions.

Morgan said: “We’re allowed to be happy, but that’s not to say that this week we haven’t knocked a few pertinent issues out the way to avoid complacency either.

“It’s not a case of thinking too much about what can go wrong but rather focusing on what will go right and sticking to our processes.

“We’re expecting an aggressive contest and there’s no doubt the Titans are going to come out of the trenches firing this week, but we’re looking forward to it.”

With the Dolphins’ spinning all-rounder, Keshav Maharaj having departed for Australia with the Proteas’ test outfit on Sunday, the twelve-man Dolphins squad sees Prenelan Subrayen and Senuran Muthusamy join Phehlukwayo as the other new faces in the mix for the first time this season.