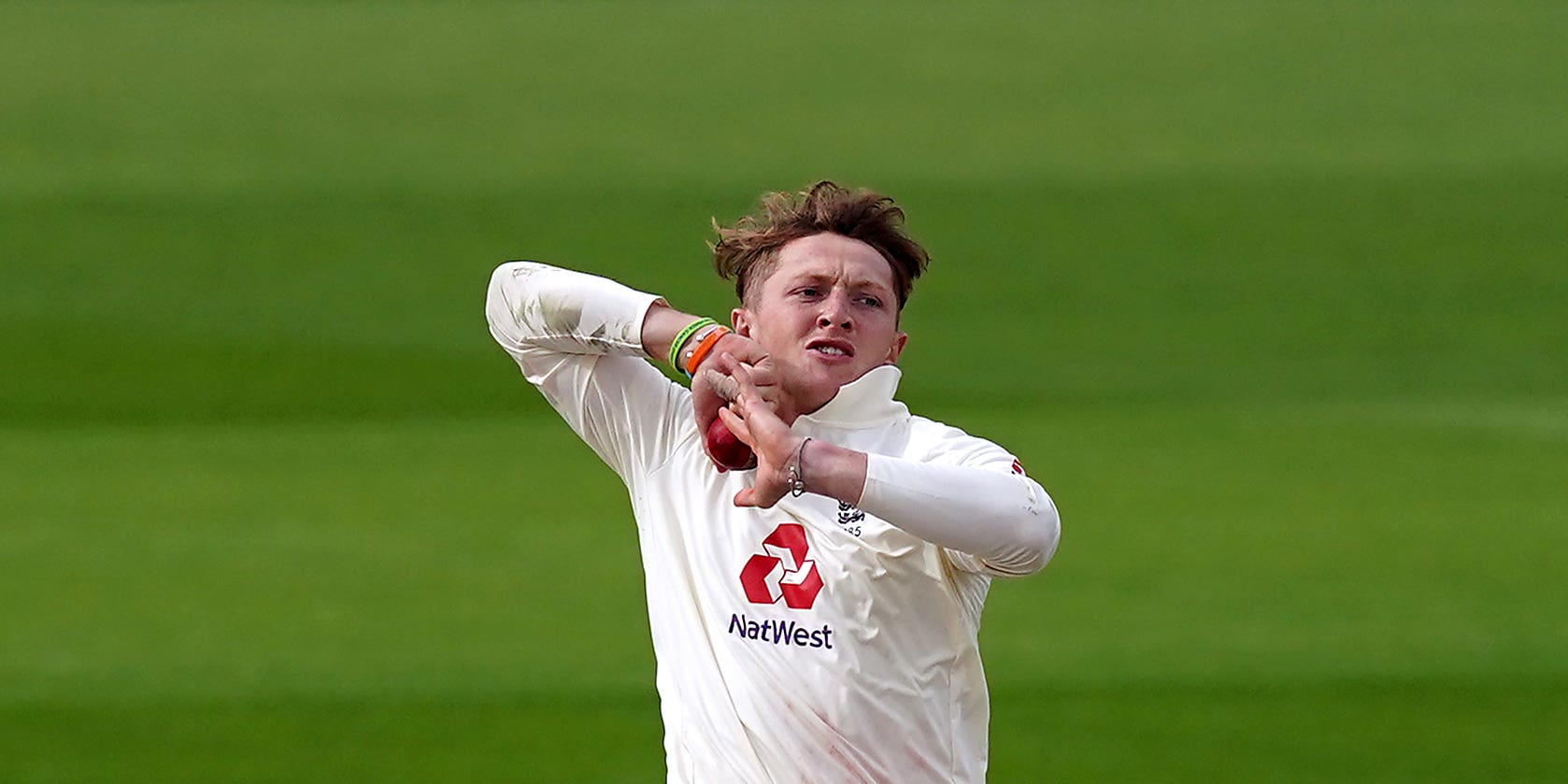 Dom Bess was a satisfied man after landing the key wicket of India captain Virat Kohli as his four-wicket haul helped England stay well ahead on day three of the first Test.

England’s first-innings score of 578 saw them assume a position of strength in Chennai but it required a strong bowling performance if they were to avoid the hosts producing something similar.

At stumps they were well on the way to a commanding position after whittling India down to 257 for six, Jofra Archer striking twice with new ball and Bess landing the next four.

Chief among his successes was Kohli – who managed just 11 before flicking a bat-pad catch to Ollie Pope in a classical off-spinner’s dismissal. For Bess it was a triumph of calm control followed by just enough drift and turn.

“It’s certainly up there for me. He’s a world-class player, one of the best there is,” said Bess.

“The calibre of who he is, is phenomenal. Of course I was looking to get him out but it wasn’t about bowling that magic ball, it was about smashing in 10-15 balls in a good area, then something (hoping) will happen.

“I was really pleased that I kept him in a spot then one has gone and it’s straight to Popey.”

When sufficient time has passed, Bess might offer a more lavish explanation of how a boy from Taunton got the better of India’s premier batsman in his own back yard. But for now, with a Test still to win and three more still to play he was keeping his powder dry.

“I don’t want to think about it too much, we’re in the middle of a game,” he said.

“We got him as a team and we’ll have to try and get him out next innings too. It’s a long series. I’m 23, I’m only going to keep growing here. The journey is going to be up and down but it’s given me confidence.”

While everything fell in Bess’ favour, including a brilliant one-handed catch from Joe Root to dismiss Ajinkya Rahane and a hugely fortunate deflection that did for Cheteshwar Pujara, the same cannot be said for fellow spinner Jack Leach.

The left-armer, until recent months a team-mate of Yorkshire-bound Bess at Somerset, sent down 17 wicketless overs for 94 and was hammered for five sixes by the counter-attacking Rishabh Pant.

Pant’s 91 gave India a timely lift from a shaky position of 73 for four, but Bess was firm in defence of Leach’s efforts.

“I thought he bowled really well and that’s not just me saying it,” he contended.

“How he played was really courageous and bold and we know he plays like that, but how Leachy came back and kept smashing a length shows the quality he has. I know people look at the outcome and at one point he was going at 10-an-over, well it doesn’t matter.

“Jack’s so strong mentally, he’s been through a lot, and that’s not going to faze him at all.”