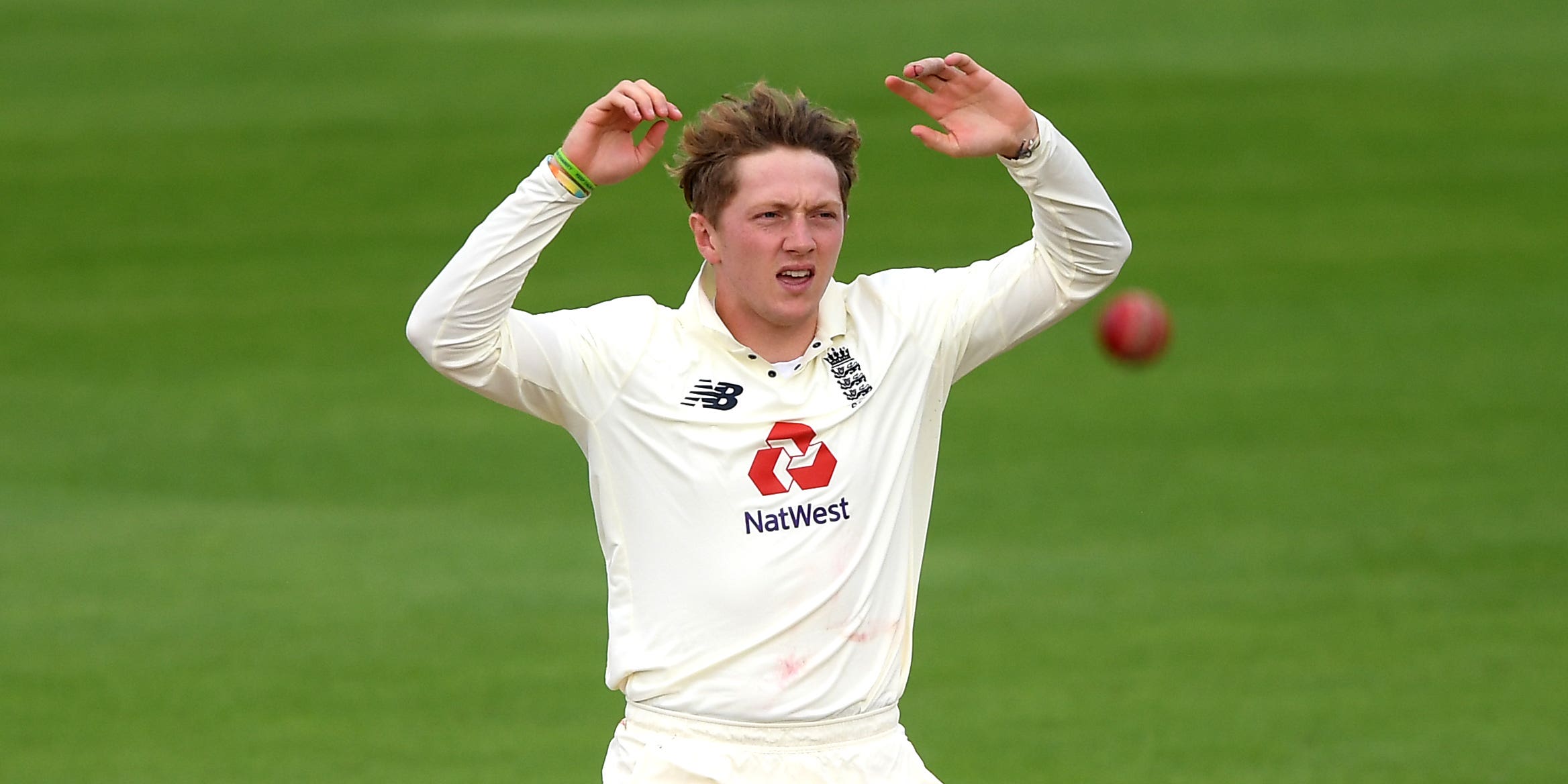 Dom Bess took centre stage with four wickets as England hammered home their advantage in the first Test against India.

The hosts responded to an imposing first-innings score of 578 by scrapping to 257 for six at stumps, with Bess running through a high-class middle order.

Capturing India captain Virat Kohli at bat-pad for just 11 was the off-spinner’s moment of the day – and probably his career thus far – and he also ended a thrilling counter-attack from Rishabh Pant for 91.

He relied on good fielding and good fortune too, Joe Root taking a brilliant one-handed catch to see off Ajinkya Rahane and Cheteshwar Pujara left aghast when his pull shot looped to midwicket via a huge deflection off the cowering Ollie Pope.

Bess ended with figures of four for 55, another significant return for a player who is clearly learning on the job as a Test cricketer but regularly finds a way to meet the challenges in front of him. With Jofra Archer earlier accounting for both openers with the new ball, England walked off at stumps 321 ahead and with a big chance to open up the road to a series-opening victory.

The tourists batted on for 41 minutes on the third morning in Chennai, eking out another 23 runs before Bess (34) and James Anderson were removed. After waiting almost seven sessions and 190.1 overs for a chance to bat, both Rohit Sharma and Shubman Gill were sent back by Archer before lunch.

Rohit was undone by Archer for six, caught behind after a half-hearted prod that underlined the thanklessness of the opening batsman’s lot.

With Anderson unusually harmless with the new ball, Archer mixed it up impressively as he flipped between bouncers and leg-cutters. Gill was entertainingly up for the challenge, stroking his way to a swift 29 before lifting one off his toes and towards mid-on. At 38, Anderson might have been forgiven for any sluggish reactions but he swooped in to complete a catch worthy of athletes half his age.

Pujara (73) and Kohli went about their work in more careful fashion, showing due deference to huge deficit.

After a solitary over before lunch, Bess was given an extended chance at the start of the afternoon’s play and quickly landed a knockout blow against one of the modern greats. Having established a consistently solid line and length he found a winning combination, drifting one away through the air and gathering just enough grip to take the inside edge of Kohli’s forward press.

Pope held the bat-pad chance and England had their prize scalp. Rahane followed in Bess’ next over, stepping out to take the ball on the full and carving to cover. Root took care of the rest, snaring a stunning one-handed catch at full stretch. While India laboured for 126.1 overs to take four wickets, they had allowed England to do so in just 26.3 and with just 73 scored.

Pujara was offering some badly-needed solidity at number three and he was soon joined by Pant, who offered an alternative approach to adversity. Announcing his intent with back-to-back fours off Archer he went after Leach in eye-popping fashion. He brazenly unloaded four sixes in the space of seven deliveries, hard and high in the arc between long-on and mid-wicket. Later, he would add a sixth.

Both batsmen passed 50 just before tea, Pant taking just 40 balls while Pujara took the longer way round. England’s hopes that Pant would hit himself into trouble took longer than they hoped to materialise, but a big slice of luck allowed them to end his partner’s studious stay.

Pujara had started to prey on Bess, pulling a short ball then easing the over-correction through extra-cover. Invited to pull for the ropes again he middled one straight into Pope as he hunched over in an act of self-preservation.

The ball could have veered in any direction but to the disbelief of everyone on the field it made its way obligingly into Rory Burns’ hands. Bess has garnered a happy knack of picking up unlikely wickets and this latest example was one of the strangest yet.

Handed an even greater share of the burden, Pant lapped the ball over his right shoulder and swatted a Bess full toss dismissively to move within nine of his century. He would not get any closer, immediately trying to launch down the ground and picking out Leach in the deep.

With 77 runs off the left-armer’s eight overs to date, the chance at gaining a measure of revenge was eagerly taken. Washington Sundar and Ravichandran Ashwin added 32 for the seventh wicket as England tired in the heat. Leach saw a late chance to massage his figures go begging when Archer failed to hold a half-chance from Washington, and ended with nought for 94 in 17 trying overs.