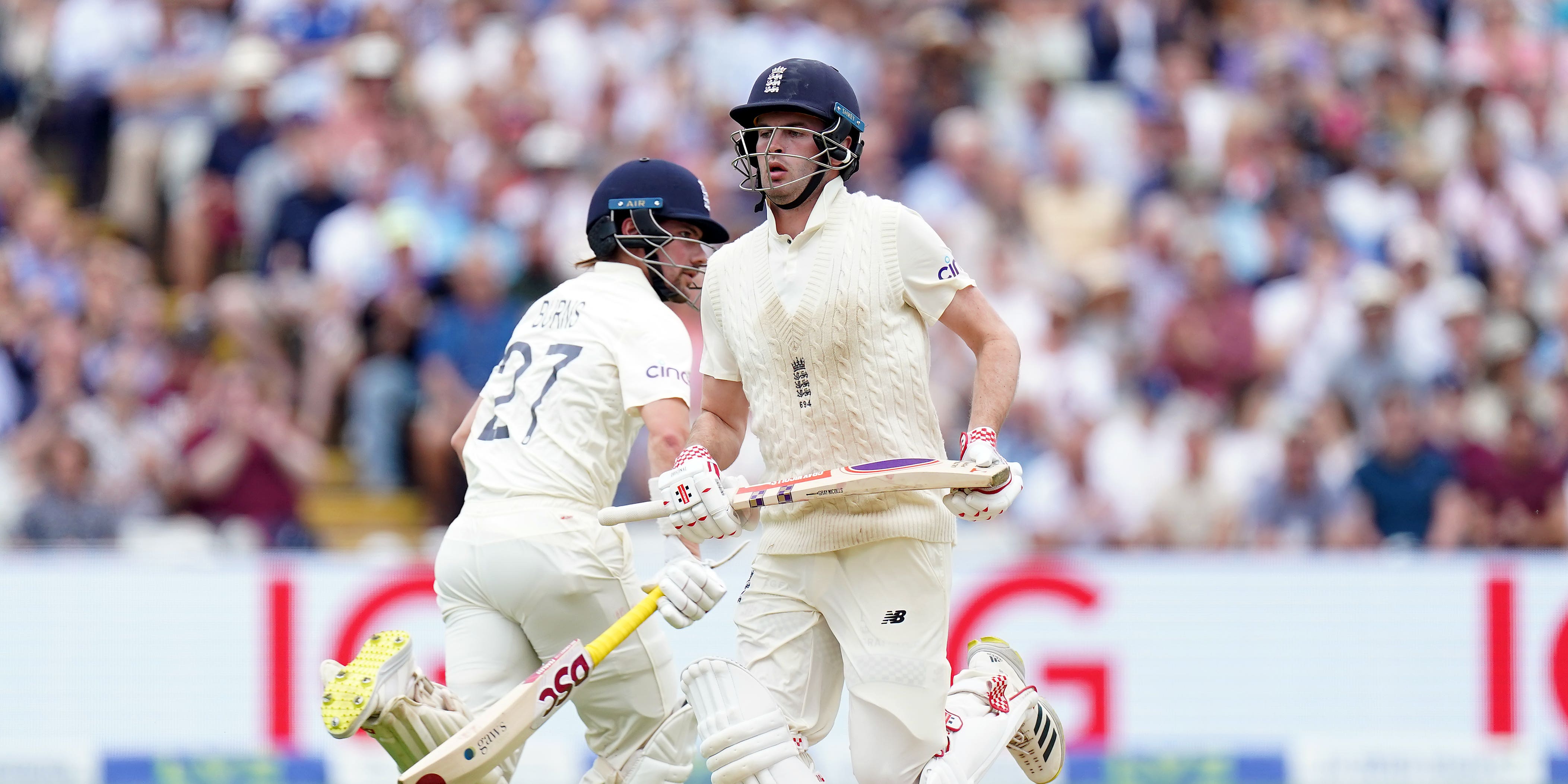 Dom Sibley and Rory Burns batted throughout the morning session of England’s second Test against New Zealand, cheered along by the biggest home crowd since 2019 as they reached 67 without loss at Edgbaston.

As a nominated government pilot event there were 17,000 fans in attendance as the stadium operated at 70 per cent capacity. Having been denied an early chance to see James Anderson in action on the day he overtook Sir Alastair Cook as England’s most capped Test cricketer, they settled in to watch a disciplined opening stand and offered the kind of loud support that has been much-missed throughout the Covid-19 pandemic.

Burns (32 not out) and Sibley (31no) started watchfully, grinding out 25 runs from the first hour as they prioritised the blocks and leaves that would shut down the new ball’s early swing.

With that job done, and the dangerous Trent Boult safely negotiated, they proceeded to spread their wings as New Zealand’s stand-in skipper Tom Latham cycled through his bowling options.

With six changes to the New Zealand side, a mixture of injuries and rotation ahead of the World Test Championship final, England could well fancy their chances of nicking the series 1-0.

Having attracted some criticism for batting too conservatively on the final day of the drawn Test at Lord’s, England’s approach in Birmingham was perfectly suited to the opening skirmishes of a five-day battle and they will be more than pleased with the foundations.

Anderson was looking on from the dressing room, having been named in the side for the 162nd occasion, an achievement 18 years in the making for the most prolific wicket-taker and now most enduring player the country has ever seen.

His work with the ball is still to come as part of a four-strong pace attack including Stuart Broad, Mark Wood and Olly Stone.

The latter was recalled on his home ground in place of Ollie Robinson, suspended after the emergence of racist and sexist tweets marred his debut last week and led to ongoing investigations into the social media feeds of him and other England players.

It was against that backdrop that England reprised the ‘moment of unity’ with their opponents first seen on day one at Lord’s, wearing t-shirts highlighting seven different forms of discrimination and standing silently while a message of tolerance and inclusivity was read over the public address system.

While a small section of England football fans continue to boo the England football team’s decision to take a knee before matches, this gesture received enthusiastic support from the Edgbaston crowd.