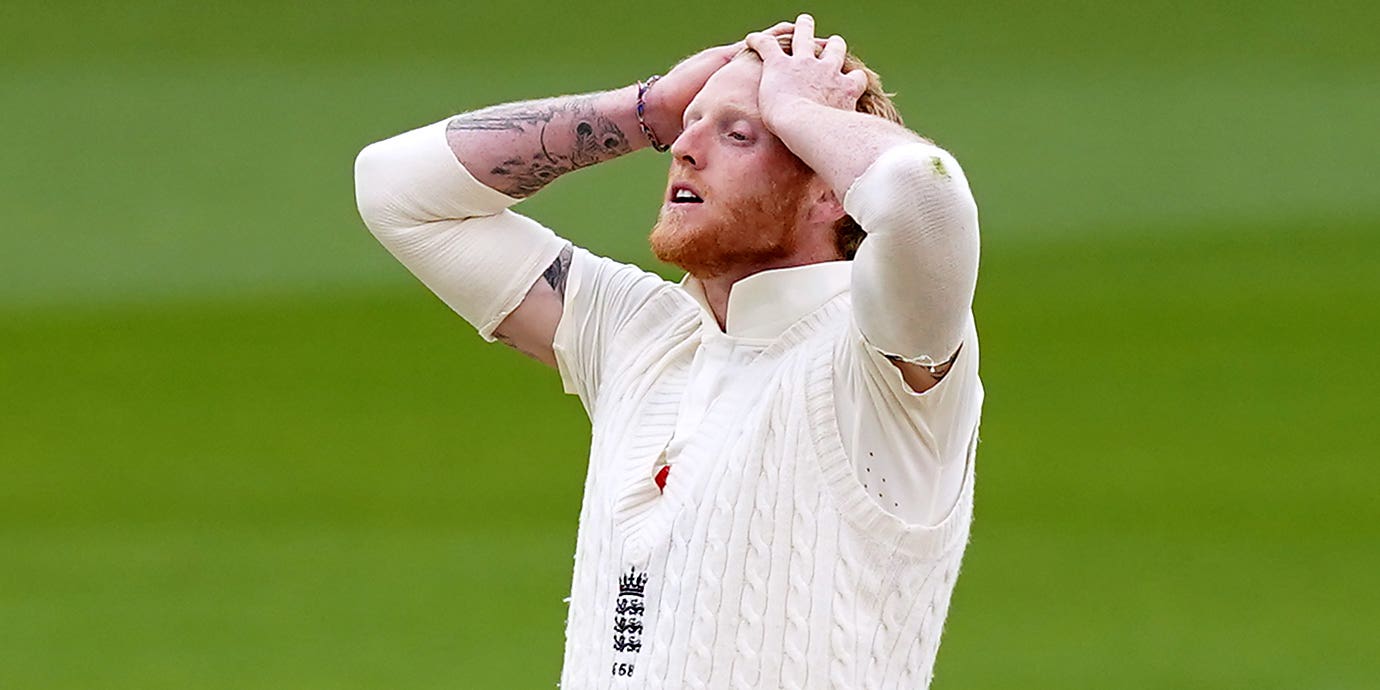 Ben Stokes is set to be sidelined for up to 12 weeks as he requires surgery on his fractured left index finger while a broken bone in Dom Sibley’s right hand has given England another cause for concern.

Stokes will be absent for a chunk of England’s summer schedule after suffering an injury while fielding for Rajasthan Royals in their first Indian Premier League match of the year against Punjab Kings earlier this week.

A second scan has highlighted the extent of the damage and while Stokes has remained in India this week, he will now return to the UK on Saturday and go under the knife in Leeds on Monday before a lengthy rehabilitation process.

An England and Wales Cricket Board statement said: “England all-rounder Ben Stokes will be out for up to 12 weeks after a repeat X-ray and CT scan on Thursday revealed that he has a fracture of his left index finger.

“Stokes, who is currently in India with Rajasthan Royals in the Indian Premier League, will fly home (on Saturday). He will have surgery in Leeds on Monday.

“The injury occurred while fielding during Royals’ opening match against Punjab Kings on Monday when he completed a catch in the deep to see off West Indies batsman Chris Gayle.”

The ECB’s announcement looks set to draw a line through Stokes’ availability until mid-July, meaning he would miss two Tests against New Zealand in June while he is doubtful for white-ball series against Sri Lanka and Pakistan.

The start of The Hundred – Stokes is signed to Northern Superchargers, who play their first game on July 24 – and a five-Test series against India beginning on August 4 are likelier to be on the 29-year-old’s radar for a return.

It emerged later on Friday that Stokes’ England team-mate Sibley sustained a fractured finger himself while fielding for Warwickshire in their LV= Insurance County Championship match against Nottinghamshire the day before.

Sibley was conspicuous by his absence when Warwickshire got their innings under way on Thursday, although the county have not entirely discounted the idea of the opening batsman having some involvement in the rest of the game.

However, the news of Sibley’s injury is another blow for England with less than seven weeks to go before they start a busy summer of fixtures with the first Test against the Black Caps at Lord’s on June 2.

“Warwickshire CCC can confirm that Dom Sibley has a fracture to the second finger of his right hand following an X-ray,” a statement on the county’s website said.

“Sibley is being regularly assessed and his contribution to the remainder of the game will be determined by the level of discomfort that the player is experiencing and the medical team.”