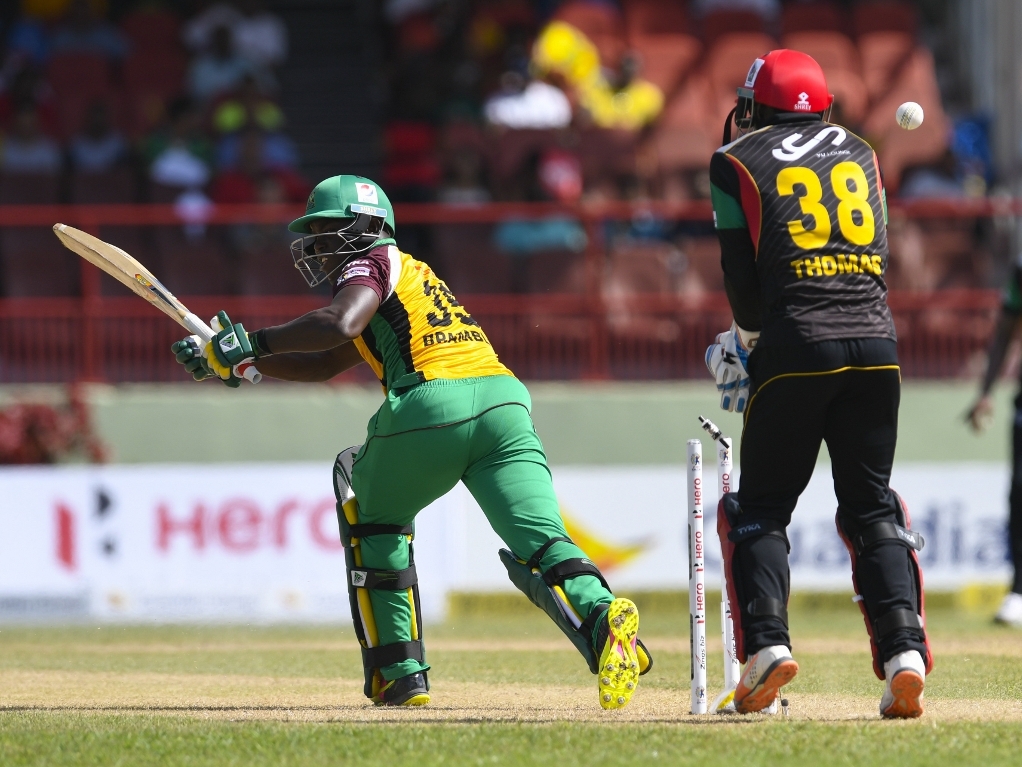 A brilliant display from the Guyana Amazon Warriors bowlers was backed up by their batsmen as they made it four wins in four matches against the St Kitts & Nevis Patriots in the Caribbean Premier League.

They won the match with 22 balls to spare thanks to big contributions from Martin Guptill and Chris Lynn who shared a match winning stand of 60 in a chase of just 109.

The difference between the sides could not have been starker as Lynn and Guptill took the Amazon Warriors to 60-1 off the batting PowerPlay, reducing the required rate to just 3.5 an over at the end of the fielding restrictions.

This Guyana surface is not an easy one to bat on, but in the matches that they have played here so far the home team have not made it look a tricky prospect. This is the second time in as many matches on this ground where they have reached a small target with real ease.

The Amazon Warriors bowlers made superb use of home conditions as the Patriots reached 108-8 off their 20 overs. The threat came from the spin bowlers, but Rayad Emrit and Sohail Tanvir also played their part with their seam bowling, picking up a wicket each.

Adam Zampa was introduced into the attack at the end of the six over PowerPlay and he picked up from where he left off in the Amazon Warriors last match against the Jamaica Tallawahs. Here he conceded just one run from his first over and claimed a wicket in his second.

Zampa claimed 3-18, in the process becoming the joint leading wicket-taker in this season’s CPL along with teammate Sohail Tanvir. The highlight in Zampa’s spell was the googly that bowled JJ Smuts for a golden duck.

The Amazon Warriors conceded just two boundaries in the first 10 overs as the Patriots stumbled to just 37-2 in the first half of their innings.

Four of those 10 overs were bowled by Steven Jacobs who finished with figures of 1-7 off his spell, delivering 17 dot balls and not a single four or six. Jacobs spell choked the life out of the Patriots efforts before they had even started.

Compare that with the Amazon Warriors who stuck five fours and four sixes inside the first six overs as the Patriots bowlers find none of the control that the opposition had exerted over them.

Such was the difficulty with which the Patriots were finding boundary hitting Lendl Simmons removed one of his pads so that he could be more manoeuvrable. It appeared to work as he top scored for the Patriots with 50 but it took him 60 balls to get there.

Simmons’ patient innings was the slowest half century ever made in Hero CPL matches, but he had given his team a chance. His experience of playing for the Amazon Warriors on this ground proved vital in setting a total that was over 100, but it was not enough.

A late flurry of wickets at the end of the Amazon Warriors chase held up the win for a while – but it was too little, too late.