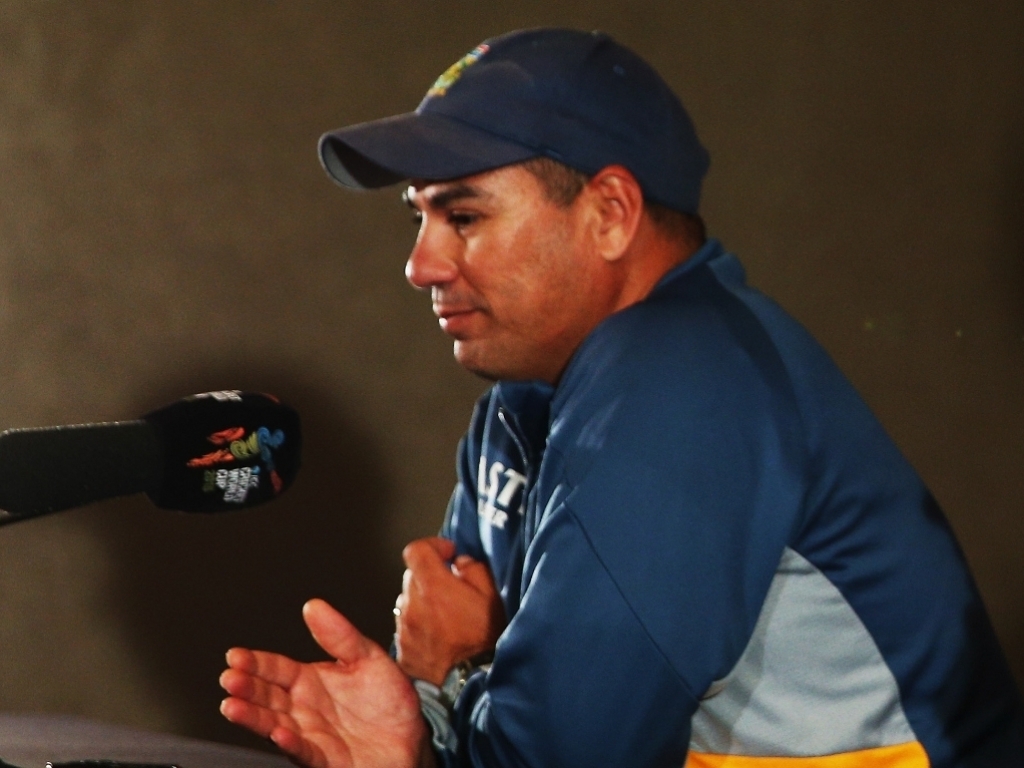 South Africa coach, Russell Domingo, believes his team have big match temperament despite failing to make the triangular series final in the Caribbean this June, and has attributed the West Indies flop to high workloads of top players.

Domingo is all too aware that the Proteas let at least two games slip through their fingers in the recent series, against Australia, requiring 96 to win in 15 overs with seven wickets in hand, and when they got the West Indies down to 21 for 4 only to let them off the hook.

The Proteas boss has cited his team's big match wins against India in Mumbai, and the comeback against England at home but has conceded that until a major trophy is won the Protea's fans will not be satisfied.

Speaking on arrival back in South Africa, Domingo highlighted the need to address the workloads of top players, saying: "This loss comes on the back of our top players playing too much cricket,

"It's a big concern for me. It's one of the points I need to highlight with my superiors when I get time to sit down and chat to them.

"Think about our seriously long tour to India, long tour against England, then straight into the World T20. Then players stayed behind, played the IPL and flew straight to Caribbean.

"Some players arrived two days before our first game in Guyana and now some are staying another four weeks in the Caribbean, some are playing county cricket, then home for two weeks, then a series against New Zealand, then go and play a mini IPL, then straight into a tour against Australia.

"Those are challenges that the coaching staff and the players are sitting with at the moment. When you are playing that amount of cricket for that period of time, it's difficult to maintain the standards consistently."

Domingo believes that the amount of cricket top players play has to be restricted, to ensure that players maintain their eagerness to win, saying: "The desire and the hunger levels when you are playing day in and day out will wane at some stage.

"There's no doubt about that. You can't give 100% to ten different teams for ten months. Something's got to give,"

South Africa's head coach understands that it is his responsibility to ensure that players are motivated to perform for their country, despite numerous oppourtunities for players to make money in lucrative T20 leagues: "The big challenge for me is making sure that international cricket is still the main priority for our players.

"There are lot of tournaments, a lot of money to be made, a lot of opportunities for players to get out there and market themselves so I need to be making sure we focus really hard on our No.1 priority and that is representing our country,

"Sometimes, if you have done it for a long time, you can take it for granted maybe. There is a lot happening outside international cricket. Making sure guys are fresh and hungry to perform for their country is of utmost importance for me."

The former Warriors coach has targeted success in the Champions trophy, knowing that only major silverware will keep the fans happy: "Until we win a world event, people will always question us,

"There's another opportunity next year. There's a Champions Trophy.

"There's a lot of work that needs to be done in our one-day side to get us to be contenders for that but, with the players within our ranks, if we can manage them properly and make sure when the time comes they are all fully fit, all swimming in the same direction, we'll be one of the teams to beat there."

In a country obsessed with sport, Domingo knows that there is no escaping the expectations of the fans and the pressure that brings: "There's always pressure.

"We know that playing for your country is the ultimate. It's representing the people back home and we want to represent them well.

"We know how passionate our supporters are and how much time and money and effort gets put into our cricket. Management and players are under pressure to perform at all times."

South Africa's next assignment will be a two Test Series against New Zealand in August.