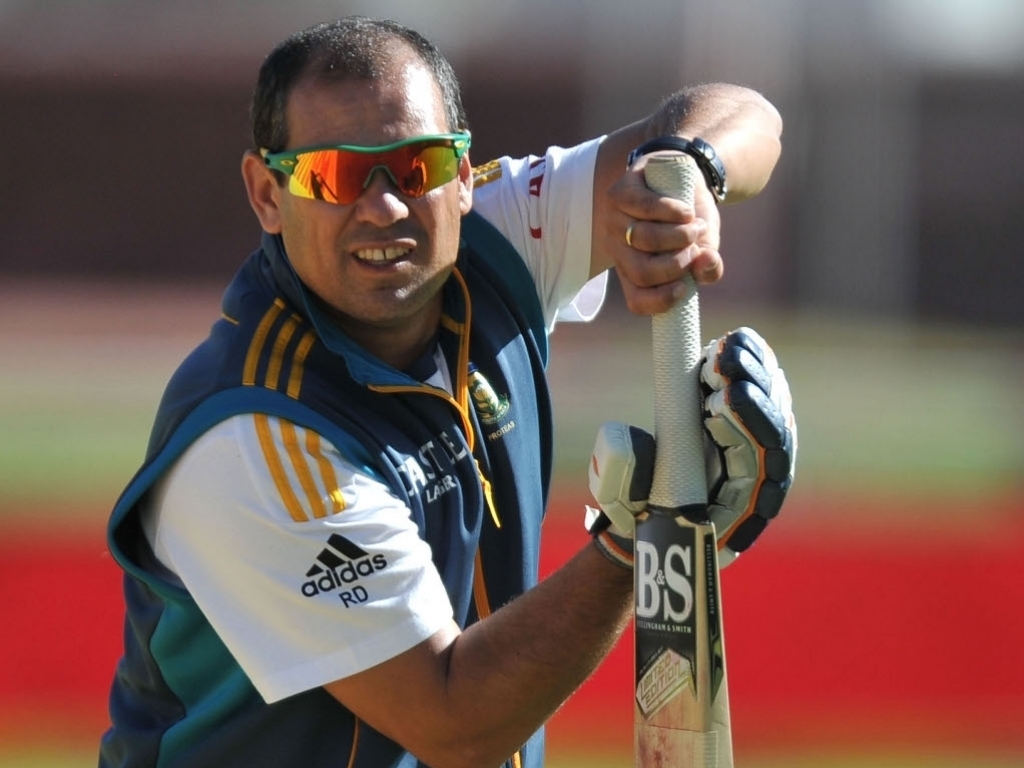 South Africa coach Russell Domingo has full faith in the group of batsmen for use in the upcoming ODI against Ireland on Sunday, despite the unavailability of AB de Villiers due to injury.

Domingo says De Villiers’ absence will be an ‘opportunity for someone make a play’, and is confident the rest of the established batsmen in the squad will be just as effective and successful.

“It’s not ideal, but it’s part of the game,” he said of De Villiers’ injury on Thursday. “We will assess him next week, hopefully he passes (the fitness test) and if he doesn’t we will have to move on.

“It’s difficult to replace a player of AB’s ability but it’s a great opportunity for someone to make a play and do something massive for the team.

“We have some quality players in the squad,” he said enthusiastically. “JP (Duminy), Faf (Du Plessis), Quinton de Kock, Miller, Farhaan (Behardien), Rilee (Rossouw), Temba (Bavuma), there is a lot of ability there.

“I’m confident that those players can do it. We have some high quality players who have done it before and I see no reason why they shouldn’t do it this time as well.”

The squad boasts a number of exciting new faces, one of the newest being Temba Bavuma, whom Domingo confirmed will open the batting at Sahara Park Willowmoore on Sunday.

All-rounders Andile Phehlukwayo and Dwaine Pretorius have been rewarded for their performances at South Africa A level, and add good balance with their capabilities with both bat and ball.

“Temba has got really good attributes for an opening batsmen,” Domingo said. “He is really good in terms of his technique, he is a guy that can bat for long periods of time and he can hit the bad ball for four.

“Maybe at this stage in his one-day career he is probably not suited coming in at five or six and trying to hit fours and sixes at the backend.

“I think it allows him a nice start to international one-day cricket because he can play normally,” he explained.

“I know he has opened the batting on one or two occasions for the Lions and I’m very excited to see what he can offer.”