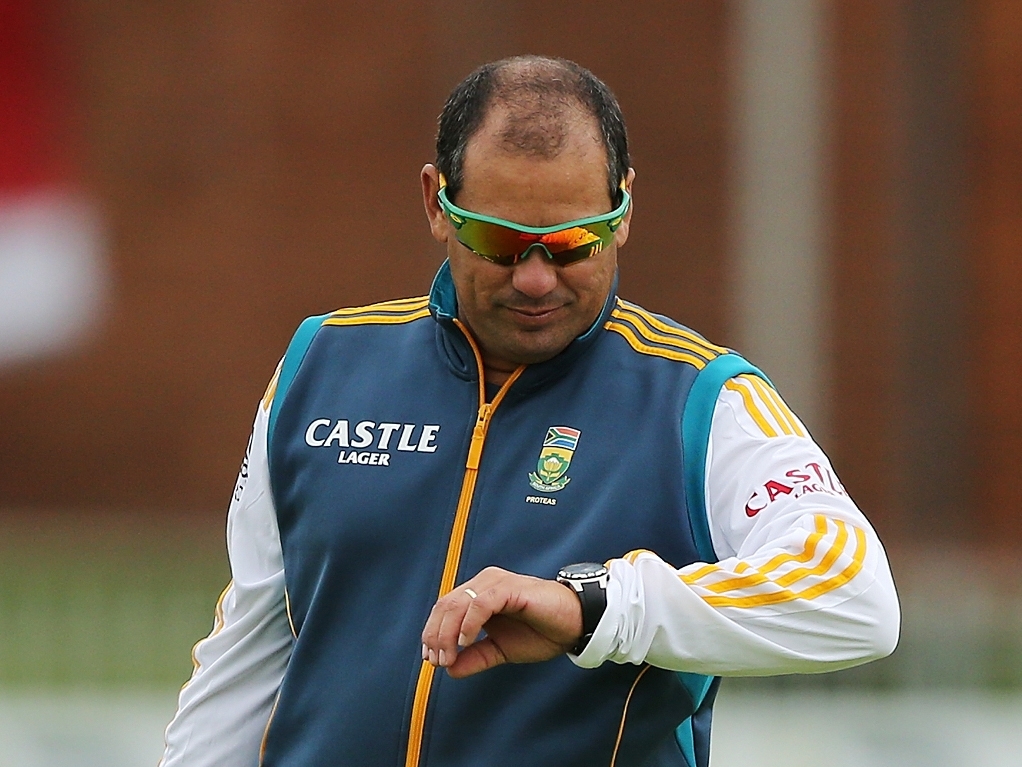 South Africa head coach Russell Domingo is not overly concerned about the Proteas severe loss of Test form, and their subsequent five-place drop in the ICC rankings, saying it give the team a fresh start.

Domingo feels that, despite going from number one to number six inside six months, the players now have a chance to regroup, and new players can show their worth and drive them back up the list.

Domingo, who has been under fire as coach for months, was speaking ahead of the ODI side's trip to the Caribbean where they will face the West Indies and Australia in a day-night triangular series.

He said of the ranking drop: "Chatting to my 11-year-old son, he reckons it's a good thing we've dropped down because it takes a little bit of the pressure away from trying to hold on to that position and doing whatever you can to get into that position.

"It's nice to be back in the pack and chasing the No.1 side. Things change so quickly. You beat one or two sides ahead of you and before you know it, you could be No.2 or No.1 again.

"We are playing some sides that are ranked above us in the next few months and that provides an opportunity to get back up there again.

"For me it's a very exciting time, it's an exciting time for the new captain and for one or two players who want to prove a point.

"Although it's a disappointment that we've dropped down, it's a blessing in disguise because we have to refocus."

Meanwhile, paceman Dale Steyn in not part of this ODI side, ostensibly rested but going to play County cricket, but Domingo is certain that the fast bowler will still be leading the Test team back up the charts.

He added: "Dale is a champion bowler and with great bowlers like that, when people start questioning and writing them off, they produce the goods.

"We've got a lot of Test cricket ahead and we've got five ODIs in South Africa against Australia which I am confident he will be part of.

"He has got a lot of cricket to still offer South Africa. Dale is our No.1 go-to guy in Test cricket. He will lead this attack for a while still."