Home News Domingo: We won’t get carried away

Domingo: We won’t get carried away 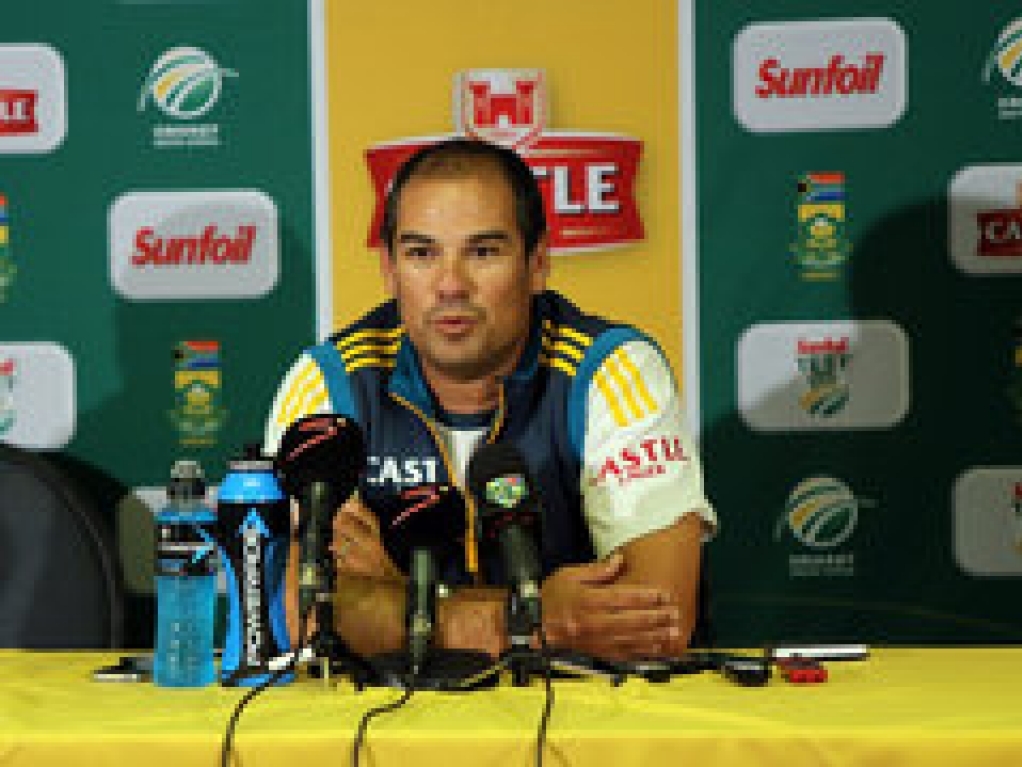 South Africa coach Russell Domingo will not let his team take the touring West Indies lightly despite a record-breaking partnership which put the Proteas firmly on top on Day one of the first Test at Supersport Park, Centurion.

They day started well for the tourists as they had the home side three wickets down with only 57 runs on the board, after winning the toss and fielding under cloudy conditions as the eighth-ranked West Indies try to topple the number one Test team in the world.

Domingo said: "By no means are we going to get carried away by today's performance. At 57 for three it didn't look like there was any gulf between the sides.

"But in AB and Hash, they are the two very best batsmen in the world."

Amla was 133 not out and De Villiers was unbeaten on 141 at the close, and they will look to continue their current partnership which has so yielded 283.

West Indies suffered a blow to their chances of coming back into the game, as fast bowler, Kemar Roach limped off the field with what looked like an ankle injury.

Team management confirmed that Roach, who took two of the wickets to fall on the first day, would go for a scan and are hopeful that he receives the all clear to resume bowling.

Fellow quick, Sheldon Cottrell, is hoping to have the experience of Roach back on the field and also admitted that bowling to two of the premier batsman in world cricket is tough.

He said: "I'm very anxious to have Kemar back, just because of his experience, and to give me pointers. It is difficult bowling to them. They are experienced, they play spin and pace very well and they are playing on their home ground."