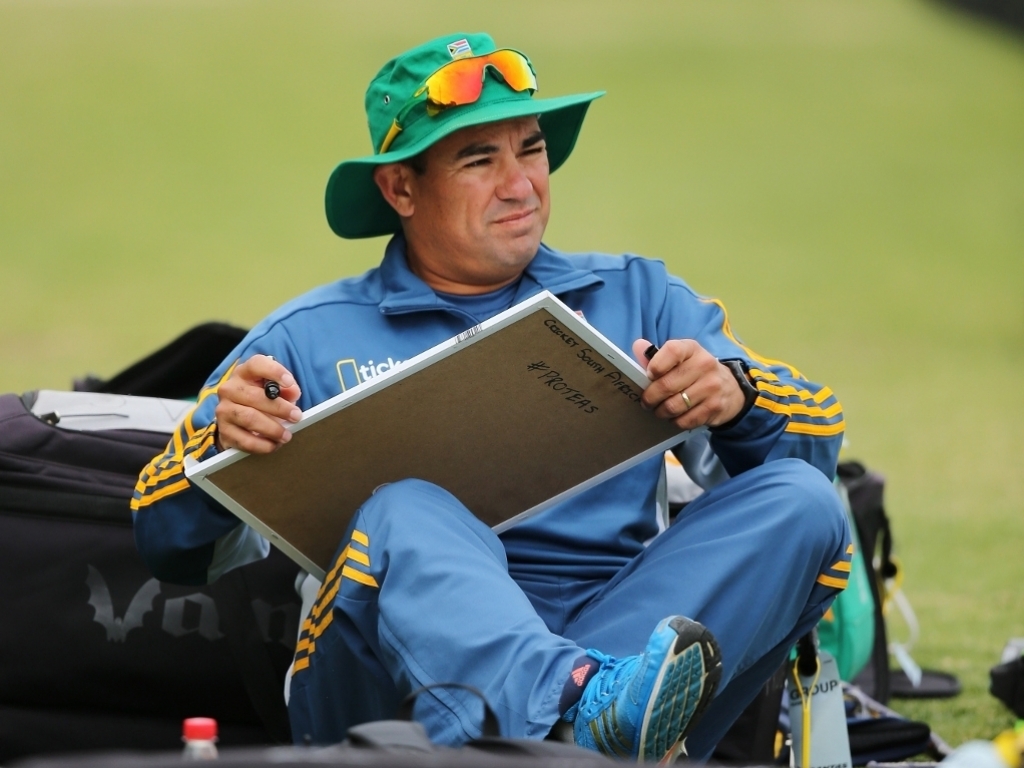 South Africa coach Russell Domingo is flattered by the 'favourites' tag the team will take to the World Cup, but says they are not putting stock in it and just want to play the tournament like any other series.

The Proteas go into the World Cup in the Antipodes on the back of a four-one ODI series win over the West Indies, and boast the top two ODI batsmen in the World in Hashim Amla and AB de Villiers, not to mention premier paceman Dale Steyn.

But Domingo is aware of how hype can derail a side, especially as the Proteas are looking to break their hoodoo when it comes to ICC trophies, and their tendency to falter in the knock out rounds.

Domingo said: "All sides would rather go into a competition as one of the favourites because it means you've probably been playing consistent cricket.

"We'll take that tag as a compliment if it gets thrown at us, but we know it means it very little.

"Going into the World Cup, it's going to be totally different to what we've experienced over the last few weeks, with the publicity and the pressure that comes with it.

While the batting was excellent for the most part against the Windies, the back up bowling when Steyn, Philander and Morkel were absent was a bit worrying. But in the final game Wayne Parnell took four wickets, and Domingo was delighted.

"He's now got 64 wickets in 45 odd matches. That's almost 1.5 wickets per game and if you do that, you're doing exceptionally well."

Otherwise, the Proteas have had to rely on slower bowlers to finish the overs, with the likes of Farhaan Behardien called upon to send down his medium pacers. Domingo didn't see anything wrong with using part-timers.

The coach said: "It's a wonderful variety to have a guy like Farhaan bowling in our attack. On certain wickets where the balls might grip and there might not be pace in it, he's a very skilful bowler.

"He bowls three or four deliveries, a leg cutter, an off cutter and a seam-up delivery so he adds variety to our attack.

"JP Duminy is an experienced offspin bowler, so I'm pretty happy with those two as the fifth bowler."