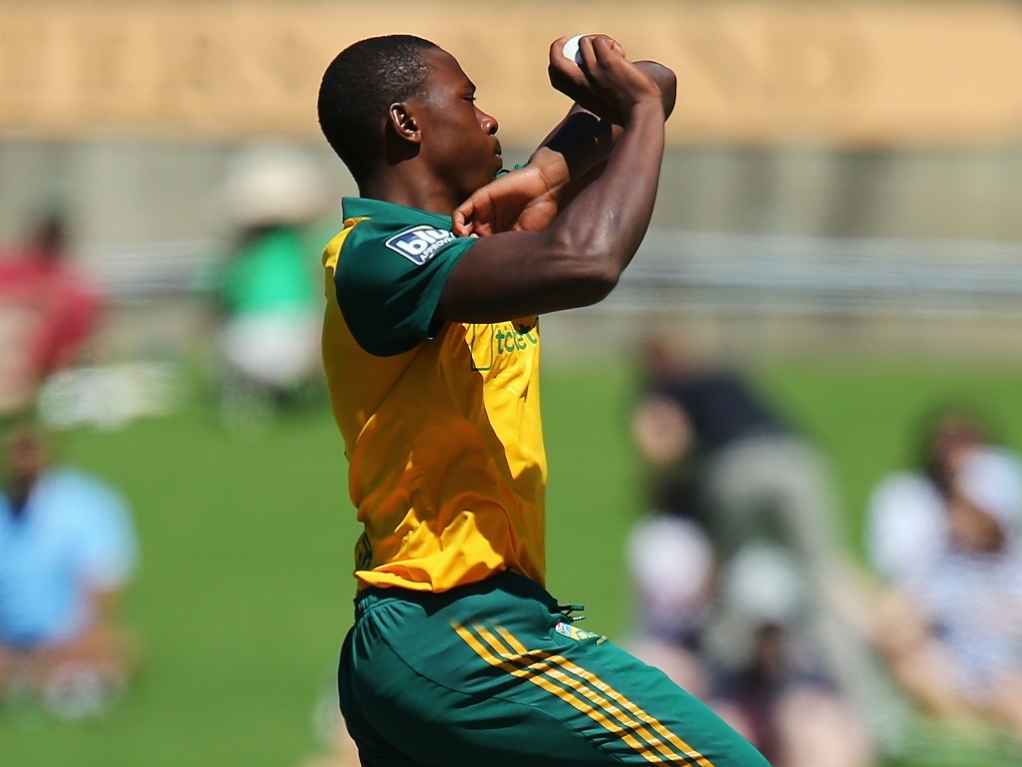 19 year-old Rabada, who has already played two T20 internationals, is in the Test squad for the current series against the West Indies but has not got picked for the first two matches.

Donald said: "He's a great athlete and he's got an immaculate work ethic. He's got some gas for a 19-year-old and he's built like a racehorse – a thoroughbred at that.

"He just eats and sleeps thinking about the Proteas cap and he will be around for a long time. His time will come, there's no doubt about it."

Donald spent time in the last few weeks working with Rabada in the national squad and is impressed with the amount of knowledge someone of his age has already acquired.

"He's a young pup. What I like about him is that he asks great questions. I'm just blown away by the knowledge this young man has at the age of 19. He wants it badly – that's the most impressive thing about Kagiso."

It is important that Rabada is carefully managed as the last time there was such excitement in South African cricket about a fast bowler was Mfuneko Ngam in the year 2000.

Ngam only went on play three Tests for the Proteas, as he was maybe rushed to quickly and succumbed to injuries and fitness issues. Donald does not think that will happen to Rabada, who was part of the national under-19 winning World Cup squad.

He said: "It will really be about how we look after KG over the next few years and that we don't unleash him at the wrong time.

"Because confidence is a massive thing. He's shown it in the Twenty20 series he played, and what really impressed me was how he embraced that opening game. We've got a very exciting young star on the horizon and it's just a pleasure to work with him."