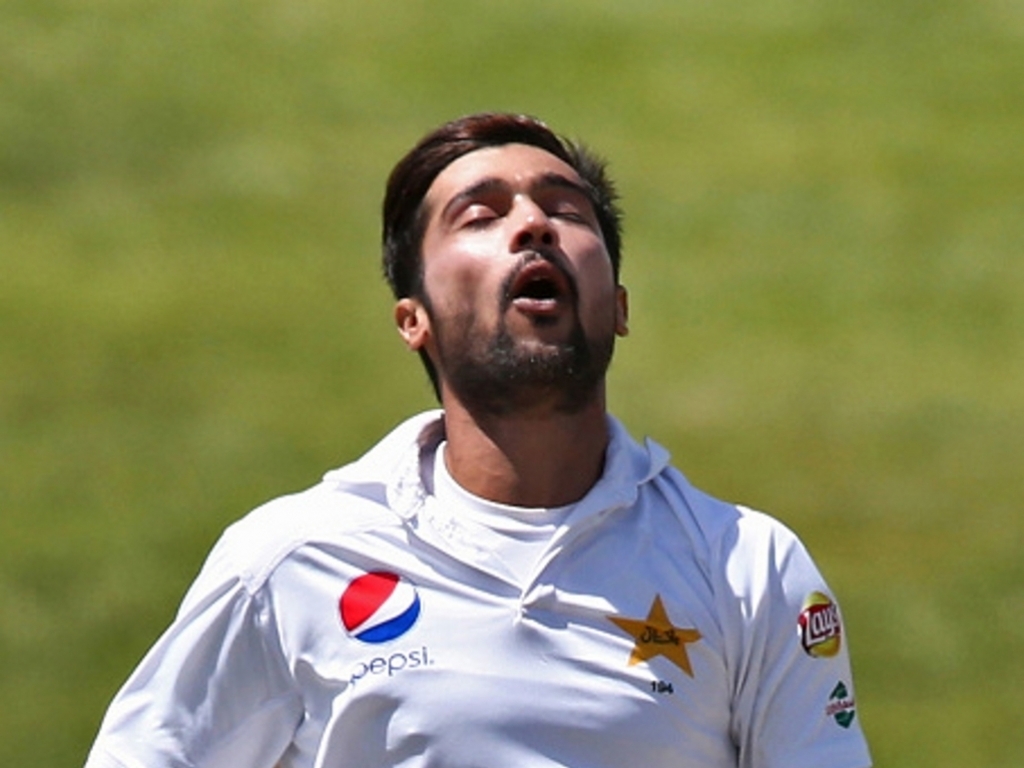 Fast bowler Mohammad Amir has had 11 catches dropped off his bowling since returning to Test cricket for Pakistan but insists the drops hurt the team more than they do him.

Amir has seen four catches go down off his bowling in the Test against New Zealand but has remained philosophical about the situation.

The quick said in Hamilton: “Yes, it affects the bowler when you run from 22 yards and your catch is dropped – you’re disappointed and frustrated.

“But it affects the team more than the individual. I’ve been very unlucky, but I try to be a team man.

“It’s difficult to keep count, but I think at least 12-13 catches have gone down off my bowling in Tests and about six-seven catches have been dropped in the shorter formats as well.”

Pakistan look set to slip from their hard earned number two ranking, with defeat looming in the Hamilton clash and only a win able to keep them second.

Amir lamented: “The ranking is very important and we’ve achieved it after a lot of hard work.

“In the last seven series, we’ve won about five. It’s very important for us. We like to be among the top teams in the world.

“Tomorrow there will be 98 overs to bowl, and the first session will be very important. If we can lay a platform, we’ll try to achieve the target. We’ll try to break the target up into smaller scores, and go about it that way.”

Amir defended the decision to go into the Seddon Park Test without spinner Yasir Shah and is hopeful Pakistan will perform better with the bat on day five: “The decision to play four seamers was the correct one.

“So far there’s been a very limited role for the spinners, so the decision to play four quicks was right. The track has improved for batting. The ball is coming onto the bat and it’s become easier to play shots. There’s a good possibility that we will bat well.”

The left-arm paceman felt Pakistan failed to make the most of winning the toss: “The score of 271 in the first innings when we bowled was on the higher side. We should have got them out for a lower score. Catches also went down – but that’s part of the game.”