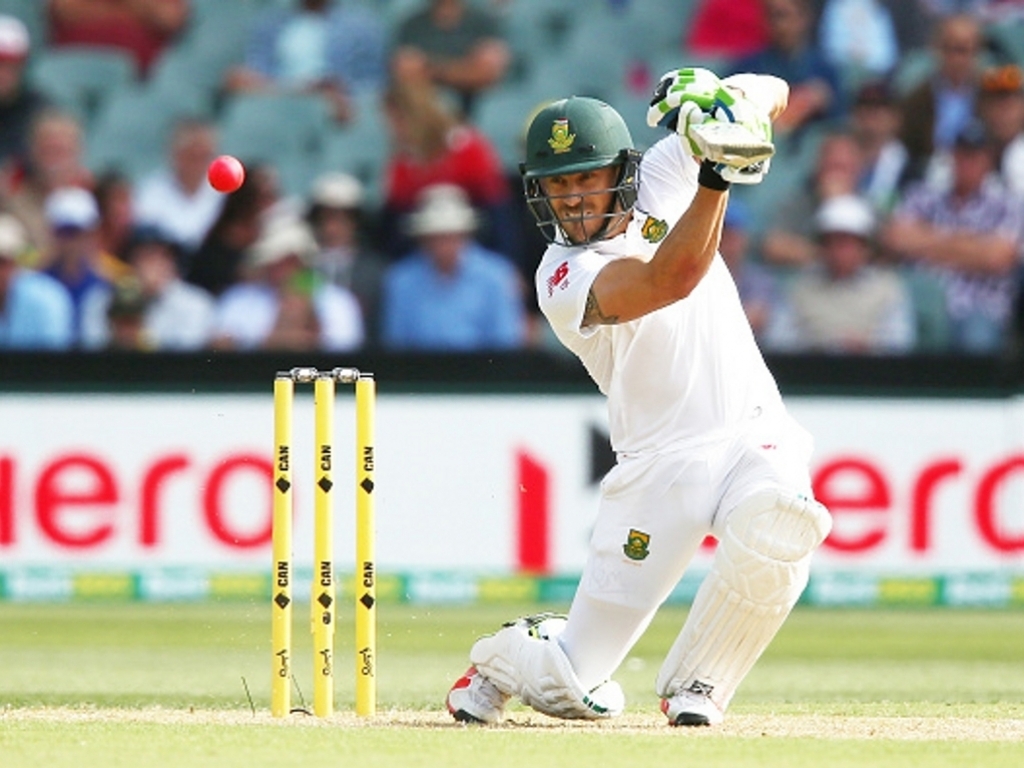 Proteas Test captain Faf du Plessis has described his sixth Test century on the opening day of the third Test against Australia at the Adelaide Oval on Thursday as the ‘best’ of his career, considering the challenges in the build-up to the match.

Du Plessis, who overcame a hostile reception from the local crowd en-route to his second century at the stadium, says he was motivated to pass a stern test of character by leading from the front.

The skipper admitted at stumps: “I was expecting a little bit of hostility but not to that extent.

“When I came out I was aware of it (the boos) but as the innings went on it disappeared a bit.

“To be honest when I got to a hundred I wasn’t expecting to still get booed, that was pretty disappointing. I’m proud of today, it was a big day for me to stand up as a captain and make sure I lead from the front.

“To get through all of that and this week in the manner that I did today makes me proud of today’s performance.

“I was extremely motivated today, that helped me a bit more in the whole innings.

“Every ball I told myself that I wasn’t satisfied, I was driven today to make a big performance. It was great to get the hundred at the end of the day.”

The match is delicately poised following the captain’s brave declaration in the last hour of the evening, and will need another disciplined performance with the ball on day two.

Du Plessis said of the match situation: “It’s completely unknown, I don’t even know what to expect.

“We got 250 but it feels like we got more, but it isn’t a massive score. It will be important tomorrow morning how we go. The statistics of the pink ball say that it’s not generally a five-day game, it speeds up a little bit because there is a lot of action on the ball.

“So 250 is perhaps a 350 with the red ball, but this is all speculation of where we are in the game.

“I think we are in a good position.

“We were under pressure with losing a lot of wickets and the partnership with Kyle Abbott and myself put us into a decent position.”

Australia will resume on 14 without loss with Matt Renshaw 8* and Usman Khawaja 3* at the crease.

All-rounder, Dwaine Pretorius, has been released from the squad and will travel back to South Africa on Friday.