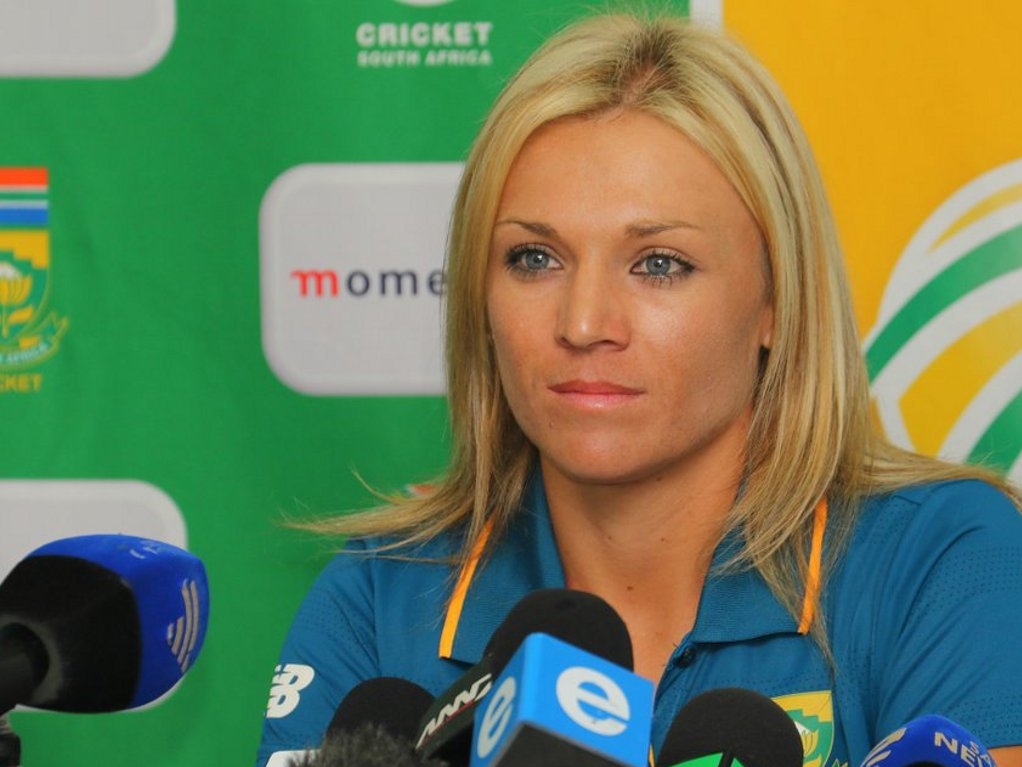 South Africa women’s captain Mignon du Preez announced that she will be stepping down from leading the Proteas in all formats with immediate effect, and will be succeeded by Dane van Niekerk.

Du Preez cited a desire to work on her game as the main motivation for stepping down. The announcement comes a month ahead of the team’s tour to Ireland in July.

Du Preez led the Proteas in 46 One-Day Internationals (ODIs), 50 T20s and one Test match in her four years at the helm. Her greatest achievement was to lead the side to its first ever ICC Women’s World T20 semi-final in 2014 and she was also the first women’s captain to beat India and Bangladesh in ODI series away from home.

"This was an incredibly difficult decision and took a lot of introspection, but ultimately I believe that this is the best step forward not only for myself, but for the team," Du Preez said.

"Stepping down from the captaincy role will give me an opportunity to work on my own game, which has taken a downturn in the last couple of seasons. I believe I can make a better contribution by putting runs on the board and offering support and advice to the next captain.

"I would like to take this opportunity to thank Cricket South Africa for the faith that they have shown in me for the last five years in granting me the privilege of being the captain of the national women’s team.

"I would also like to thank my team mates and our management staff for all of their support over the years and for helping me make the Momentum Proteas the team that it is today.

"Finally, I would like to wish incoming captain, Dane van Niekerk, all the best in her new role. It is a thoroughly deserved appointment and I look forward to watching her grow in this all important role."

Cricket South Africa (CSA) General Manager: Cricket, Corrie van Zyl said: "We (as CSA) respect and accept Mignon’s decision to relieve herself of her captaincy duties and understand the reasoning behind the decision.

"As a senior player and now former captain, she will still have a massive supporting role to play for the new captain and in assisting in the further grooming of the youngsters coming into the national team.

"We would like to thank her for her many years of service and look forward to seeing her star continue to rise on the international stage and hope that she reaches the new goals that she has set for herself.

"At the same time, we would like to congratulate Dane van Niekerk and thank her for taking on this new role in the team. We look forward to watching her lead the team to many a victory in the future."

Twenty-three-year-old Van Niekerk said she was both humbled and excited by the appointment: "This is the biggest honour of my career so far.

"Captaining my country has been a dream since I began playing cricket and I am humbled that CSA have chosen me for the job. I would like to thank Mignon for paving the way and bringing the team this far.

"I look forward to filling her shoes as best I can and moving the team forward."

Cricket South Africa also announced the 14 players who have been awarded National Contracts for the 2016/2017 season.