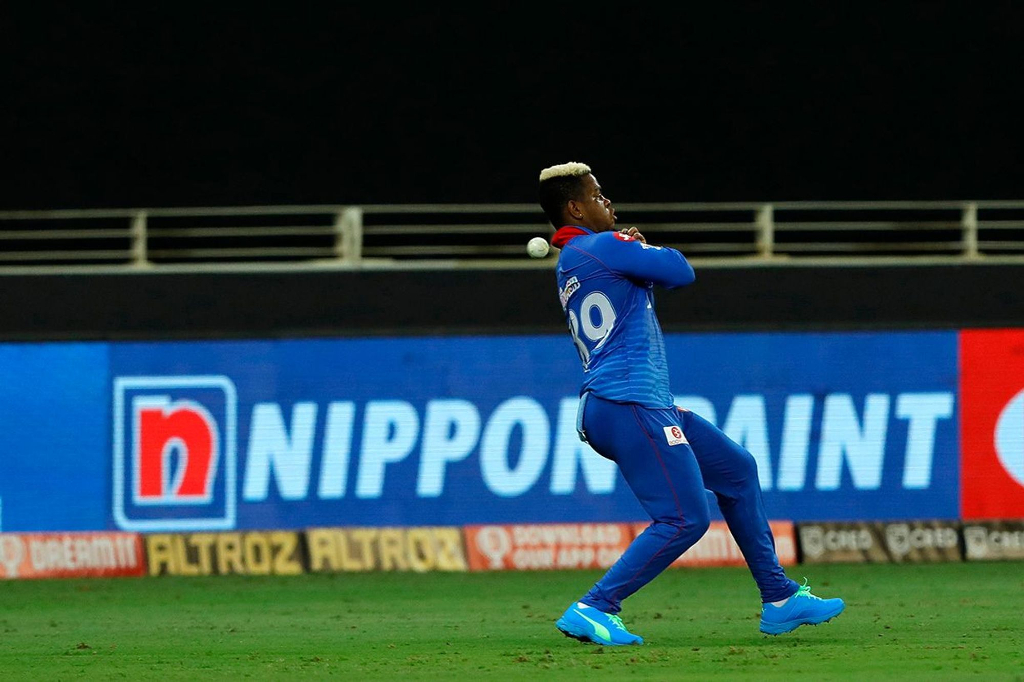 The lighting and number of screens around the Dubai International Stadium have been used to excuse some pretty ordinary fielding in the match between the Delhi Capitals and the Chennai Super Kings.

Both sides dropped what appeared to be regulation catches and Capitals skipper Shreyas Iyer said he couldn’t be too critical of the performance given the conditions.

Blinded by the lights and its not even the weekend

There was no dew to make the ball slippery but players appeared to struggle to pick the ball up in the air.

Shimron Hetmyer dropped CSK’s Faf du Plessis twice, first misjudging a tricky catch running in before getting himself in a total muddle trying to get underneath a steepler.

“I will give the fielders a benefit of doubt because these are not good conditions for catching,” Iyer told Star Sports after match in Dubai.

“Because of the lighting. You sometimes misjudge the ball. You go hard, and it does come really fast. You are not sure where to position yourself.”

Iyer’s opposite number was in no mood to make excuses for anyone saying he doesn’t believe the lighting in Dubai can take all the blame for the poor fielding.

“It is not like there is less light. Maybe the trajectory. Now that you have said this, there will be guys making that excuse,” Dhoni said.

One man who couldn’t blame the lights for his indiscretions was Sam Curran whose inexplicable shy at the stumps after fielding off his own bowling gifted four overthrows to Rishabh Pant and the Capitals cause.

The Capitals weren’t made to pay for the string of catches they dropped with Kagiso Rabada and Anrich Nortje claiming 5 wickets for 47 runs in the eight overs they split and earning the skipper’s praise.

“We decided we need to win comprehensively, we are happy we did that,” Iyer added.

“We decided we need to assess the conditions well. The wicket was playing slow and two-paced, so our finish was actually over-par on this surface. I am really lucky to have two power-house fast bowlers. You don’t have to tell them what to do.”