Home Countries England Duckett: ‘It has been a crazy summer’

Duckett: ‘It has been a crazy summer’ 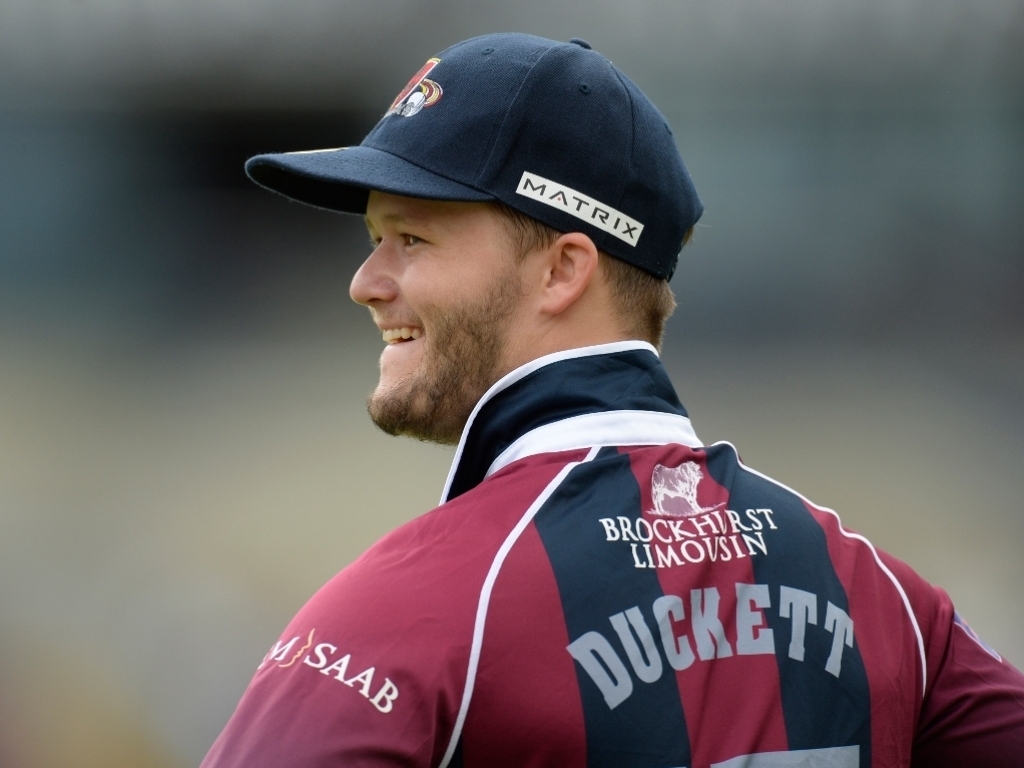 Potential England batsman Ben Duckett was not shocked to get an ODI call up for the tour to Bangladesh, but is pleased to be part of the Test squad as well, after a memorable season for Northamptonshire.

Duckett has scored over 2500 runs this season in all formats, and helped the Steelers to the Natwest T20 Blast title. He’s been rewarded with a call to the ODI and Test squads, and is excited to go to Bangladesh, safety concerns be damned.

Duckett said on the ECB website: “It’s been a crazy summer. Starting well was so important. You play so many days of cricket through the year that you can really kick on from it.

“I think the Lions week topped everything off for me, and is the main reason I’m getting this chance now. I loved the experience of going up a level, wearing the England shirt, mixing with the other guys and playing against international opposition.

“Winning the Blast again at Northants was fantastic, and we’ve had a great end to the Championship season too. And now this.

“I’d never say I was a white-ball specialist, and hopefully my record in the Championship in the last two years shows that.

“But having said that, I reckon I am still learning in the red-ball stuff, opening the batting. I think it’s important to play the way I play – it’s worked for me so far.

“And I think if there was a tour for me to go on as an opener it would be somewhere like Bangladesh, sub-continental conditions where you’re going to face quite a lot of spin.

“I’ve never been there before but I’ve spoken to Reg Dickason the security guy and that was good enough for me. I’m just going to go out there and enjoy it, and try and kick on from where I’ve finished the season.”

Duckett and Lancashire batsman Haseeb Hameed will compete for the opener sot alongside Test skipper Alastair Cook, with Alex Hales opting out of the tour.