Home News Duckett outshines Gayle in MSL at the Bullring

Duckett outshines Gayle in MSL at the Bullring 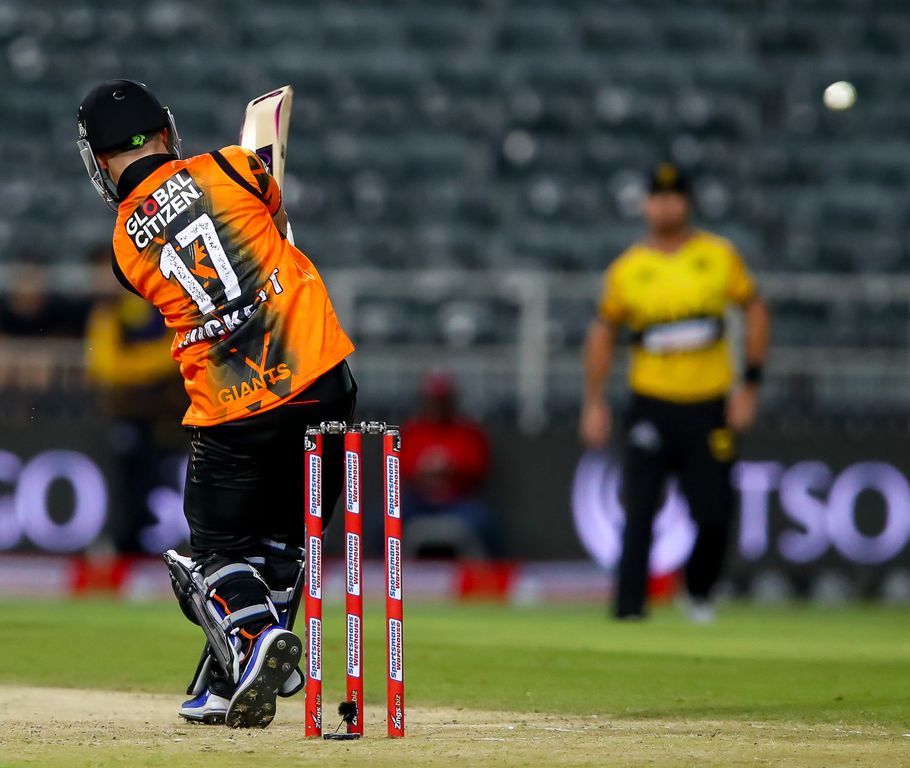 Everyone may have come to the Wanderers on Saturday evening to watch West Indies superstar Chris Gayle turn out for the Jozi Stars, but it was the Nelson Mandela Bay Giants’ English international, Ben Duckett, that stole the show in the Mzansi Super League (MSL) clash.

Duckett smashed 75 off only 45 balls to power the Giants to a comfortable five-wicket victory in the second match of the series, with Rudi Second and Ryan McLaren taking the Port Elizabeth side home with 12 balls to spare.

Chasing a moderate 125 to victory after the Giants spin twins, Jon-Jon Smuts and Aaron Phangiso, spun a web around the home team’s batsmen to restrict them to 124/7, Duckett took the attack to the Stars bowlers.

The left-hander was particularly severe on Australian international Dan Christian, driving the all-rounder for two massive sixes in the eighth over.

The attack on Christian was crucial in the context of the chase after Beuran Hendricks had created some nervy moments in the Giants dug-out early on.

Hendricks (2/13 from four overs) swung the new ball prodigiously both ways and was rewarded with the wickets of both Giants openers, Smuts and Marco Marais, for ducks.

Duckett was, though, unperturbed at the non-striker’s end and continued on his merry way. The freedom with which the Nottinghamshire opener played was in complete contrast to the struggles of the Jozi Stars batsmen.

Gayle threatened to light up “The Bullring” when he clubbed four boundaries and a six early on for the Stars, but his cameo lasted just 19 balls when McLaren (2/22) sent down a brilliant yorker to trap him LBW for 23.

It was sweet revenge for McLaren after the all-rounder had earlier dropped the Jamaican in the first over of the match.

The tone was, though, set by opening bowler Junior Dala (1/19), who picked up the early wicket of Ryan Rickelton, with only Jozi Stars captain Dane Vilas fighting a lone battle to finish unbeaten on 38.

The Jozi Stars’ troubles will now be compounded with Gayle missing their next few matches due to the “Universe Boss” heading to the United Arab Emirates for the Abu Dhabi T10.