Home News Duminy: I have a lot more to contribute

Duminy: I have a lot more to contribute 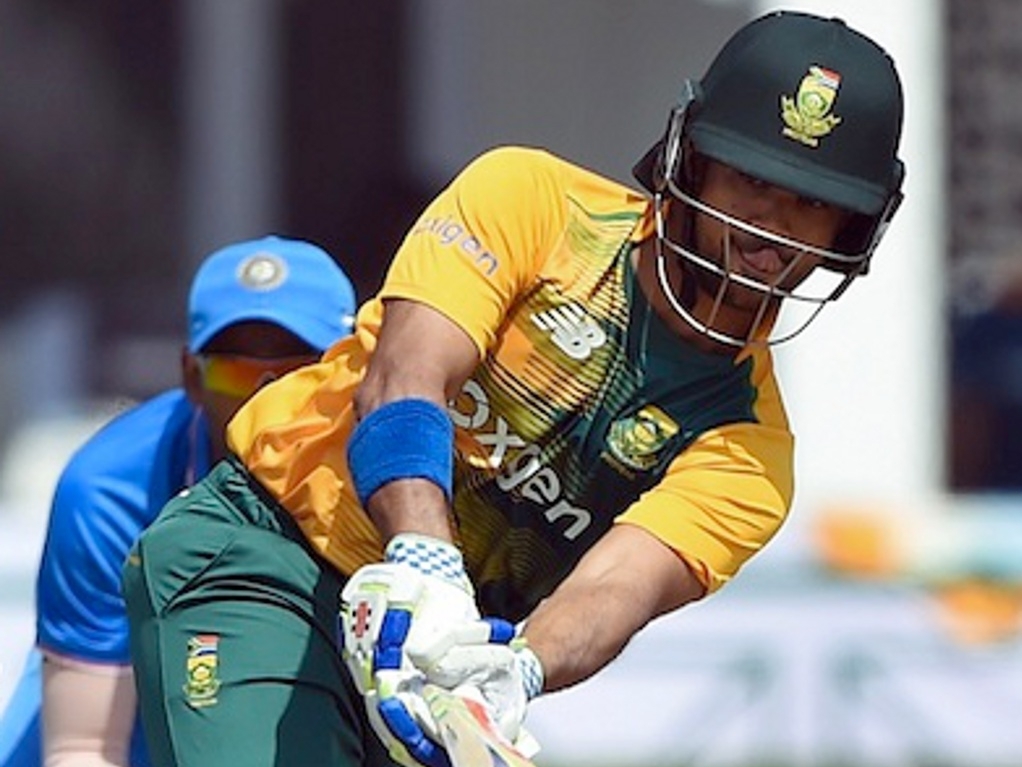 South Africa all-rounder JP Duminy was named man of the T20 series for his two unbeaten knocks against India, and says that while he did well in the two-nil series win, he still has plenty more to give.

Duminy was key in the first T20, when he scored 68 not out in their successful chase of 200, and in the second match he stayed calm during bottle-throwing dramas to lead the side home by seven wickets.

Now the Proteas must played five ODIs, and then four Tests, and Duminy hopes his form with the bat continues, and also wants to do more with the ball in ideal spinning conditions.

Duminy said after the third, abandoned, match: "I still believe that there is a lot more to come from myself and I can still contribute a lot more; not only with the bat but also with the ball.

"I guess the key for me is to stay hungry to perform for the team and putting in big performances. That first game is definitely a step in the right direction for my confidence especially the way we finished."

The veteran was level-headed though, saying that India would certainly fight back in the ODIs, and that they were formidable on home soil in Test cricket. The Proteas would need to put the T20 win behind them and focus anew.

He added: "We spoke long and hard coming here that it is important the way we start in the series especially because it is quite a long tour. It can get quite painful if you start off in the wrong fashion.

"We are happy the way we have started but we also know that there is a lot of hard work ahead of us. It is going to be a hard fought ODI series leading into the Test series.

"As a team, we definitely expect them to put in a big performance in the two series. We know that they are a great ODI team so it is important for us to start off well in the ODI series.

"Yes, it was important for us to start well but we are under no illusion that it is going to be a walkover in the ODI series. We know that we have to fight hard and play well and take it one game at a time.

"Our focus is on Kanpur and hopefully we can start off well in that series as well."

The first ODI, in Kanpur, is on Sunday.