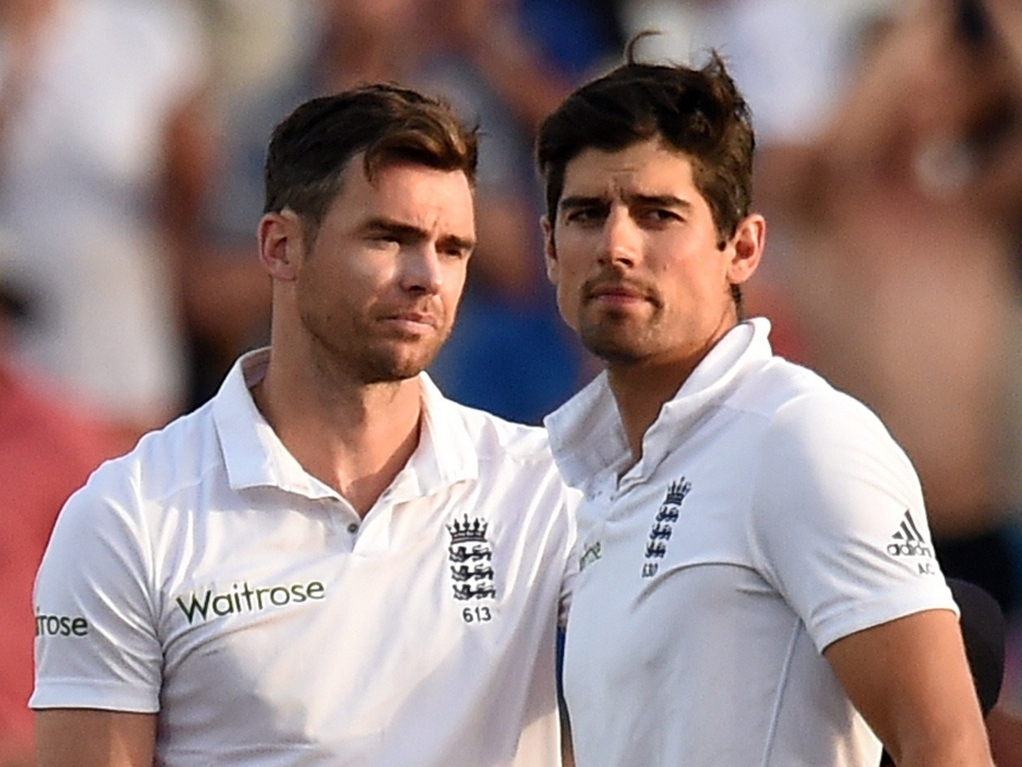 New Zealand begin their two-match Test series against England on Thursday, 21 May 2015 and all eyes are firmly on whether England can continue the recovery in form they have shown in their tour of the West Indies.

The tourists of New Zealand warm up for the two Test series in England with a four day match against county side Somerset on Friday 8th May before playing another four day game versus Worcestershire. The Black Caps will face Leicestershire in a 50 over match after the two Test series is complete before taking on their hosts in a five match series of One Day Internationals from Tuesday 9th June before completing their tour with a Natwest International T20 game on Tuesday 23rd June.

England are listed as the current 6/4 favourites to win the two Test series despite struggling to cope with New Zealand's batsmen and bowlers at the 2015 Cricket World Cup that was staged in Australia and New Zealand. However, in the Test arena and on home soil, England are expected to fair slightly better against their Southern Hemisphere opponents.

New Zealand have yet to play since their heavy defeat to rivals Australia in the World Cup Final back on 29th March and they are being installed as the 15/8 underdogs to take a win away from the Test series in England. A draw is currently priced at 2/1.

It has been a mixed start for Peter Moores in his second stint as England head coach. England suffered a 1-0 series defeat to Sri Lanka in his opening Test campaign in 2014 but then he helped to lead England to a convincing 3-1 Test series victory over India at home. However, a disastrous World Cup tournament left many demanding an inquiry into how the England one day selection process was handled and led to the departure of ECB Director Paul Downton.

The tour of West Indies has seen a marked improvement in England's performances albeit with some criticism still being aimed at certain individuals over their performances. Returning batsman Jonathan Trott has been in the firing line for his poor batting displays with Yorkshire's Adam Lyth being touted as a potential replacement opener whilst Chris Jordan has also been slated for his lacklustre form with the ball and many pundits suggesting he should be dropped for the summer Tests.

There is now certainly more optimism within the England camp and the players are looking to wrap up a hard fought series win in the West Indies before turning their attention to the summer visits of New Zealand and then Australia for the Ashes Test Series. Unfortunately, England have been dealt a blow with all-rounder Ben Stokes suffering an injury that appears to have put a premature end to his West Indies tour but England are hopeful he could be back in time to face New Zealand. Liam Plunkett and Adil Rashid are just two players that are being tipped to replace Stokes should he fail to regain full fitness in time for the visit of New Zealand.

New Zealand are looking to use some of their momentum and player form from the Cricket World Cup to help inspire them to a victory on their tour to England. World Cup star Martin Guptill might not have played for his country in Test action since 2013 but his superb 237 against the West Indies at the World Cup has earned him a recall. It will be a big Test series for Guptill who averages a solid 39 in One Day Internationals but has struggled to repeat that form in Test matches possessing an average of only 29 from his 31 Tests.

Early betting has got England installed as the 6/4 favourites to seal a win in the first Test of the New Zealand series. A  New Zealand victory is priced at 2/1 and a draw is also being offered at the same price. Bookmakers are even offering odds on who will win the toss at odds of 10/11 being listed for both sides – you can find betting options which can be done easily online at OnlineGambling.com.

The market for the opening One Day International between the two sides has also opened with odds on the winning teams being displayed. Both England and New Zealand are being offered at 10/11 with bookmakers expecting a much closer encounter to the last time the two teams met in one day competition at the World Cup when New Zealand earned a stunning 8 wicket win.

It will be a defining Test series for England and New Zealand. Moores will come under extreme pressure in the run-up to the Ashes series with Australia later this summer if England fail to perform against New Zealand. A win could be the exact sort of confidence boost that England need ahead of such an important series. However, the real trial will come in the One Day Internationals. England have yet to show that their one day game has improved after questions were asked following the appalling early World Cup exit. All of the hard work of a Test series win over New Zealand could be undone in the One Day Internationals so England will be keen to prevail victorious in both forms of the game this summer against a New Zealand team that are a difficult proposition at the best of times.