ECB insists safety and health of England squad not compromised 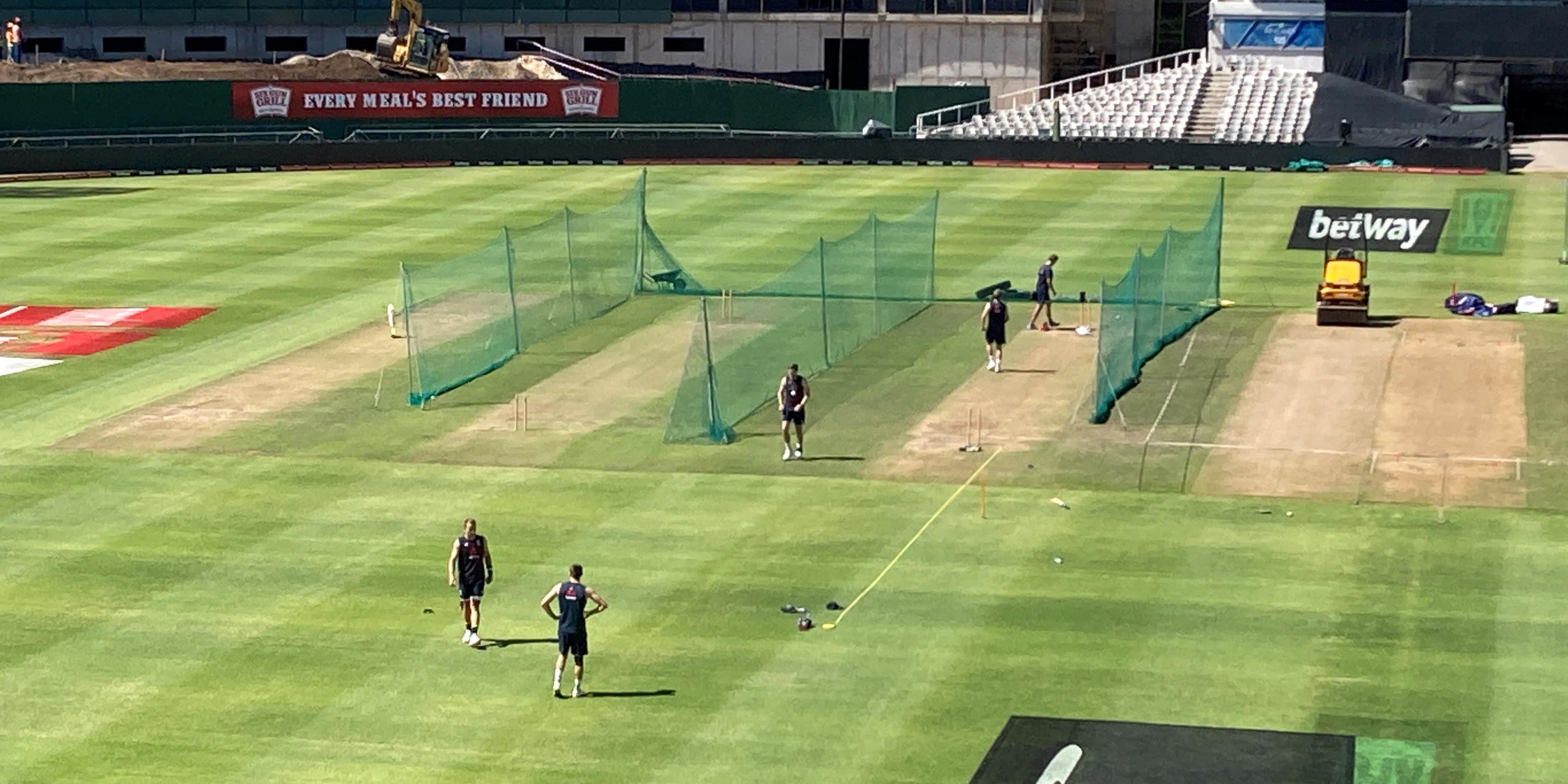 The England and Wales Cricket Board insists their decision to use alternative net facilities at Newlands “did not compromise the safety and health” of the squad on their abandoned tour of South Africa.

England practised at the ground on the eve of the doomed one-day international series but were unhappy with what they decided were “unacceptable” pitches on the square.

While they were used for a variety of drills, the main batting work was done in a dedicated training area in a part of the ground that is currently under reconstruction, which outside contractors had access to.

Both ESPNCricinfo and Cricbuzz report that an email was sent by Western Province officials declaring that England were using that part of the ground at “their own risk”.

Facilities not of international standard

A statement read: “On arrival at Newlands on 3 December, we advised the venue that the three nets provided on the main pitch were not of a standard for conducive practice, as per the Memorandum of Understanding signed by the respective boards.

“Batsmen were unable to face seam bowlers on the nets on the main pitch as the surfaces were rendered and unacceptable.

“We requested with CSA that we would like to use the practice nets and that we would create a security cordon to ensure the players and coaches could enter the facility safely, as done previously on 28 November. This was confirmed by England’s security team, the team operations manager and the team doctor. We were satisfied with this outcome and we were able to practice in the net facility safely.

“The team also used the main outfield for fielding drills, a seam bowlers bowl through pitch and a number of nets were used for range-hitting against spin bowlers and coaches throws.

“As far as the England touring party are concerned, the safety and health of our players and coaches was not compromised.”

Ashley Giles, England’s managing director of men’s cricket, later spoke about England’s worries over the integrity of the controlled bubble on offer.

“There’s clearly concern when infections spring up in what is supposed to be a bio-secure environment,” he said.

“That definitely creates a level of anxiety and nervousness and that’s about us working with Cricket South Africa. I’m sure they’ll do their own investigation.

“At the moment I don’t think there’s anyone who can tell us where these instances have sprung up from. It will be a concern for them and in our group it created a great deal of anxiety.

“We did very well in the summer to avoid situations like this but we’ll work with Cricket South Africa. You’re always learning from these situations. This is our first tour abroad since the pandemic really kicked in so we’re always learning and we’ll take further lessons into our next two tours as well.”