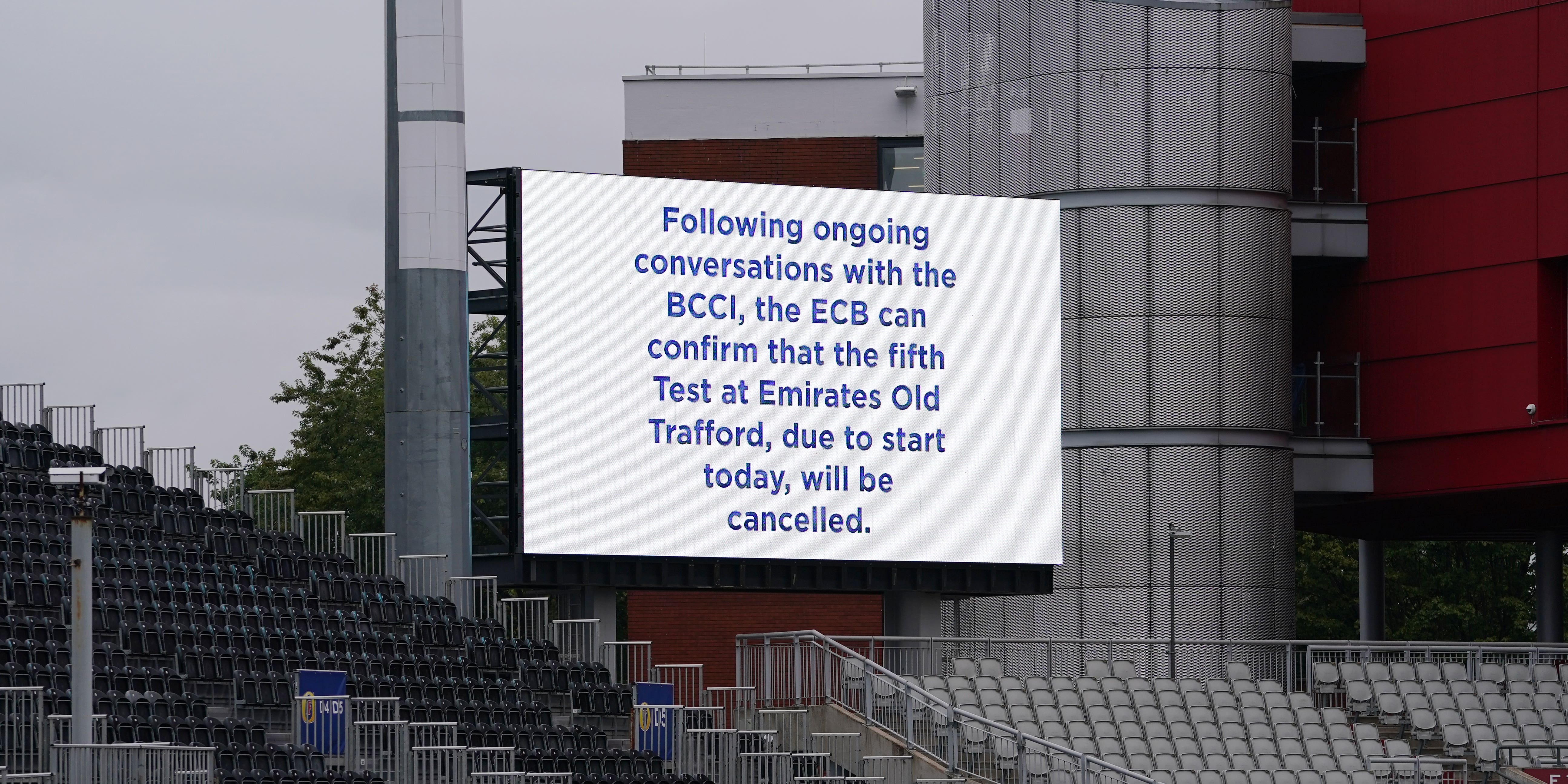 The England and Wales Cricket Board will formally request that the world’s governing body adjudicates on last week’s abandoned Test match if a rearranged fixture cannot be agreed, the PA news agency understands.

England’s fifth and final Test against India at Old Trafford was called off just hours before the start of play on day one due to Covid-19 concerns in the tourists’ camp.

Four members of India’s support staff had tested positive but their withdrawal was met with some cynicism as the lucrative Indian Premier League is due to restart this Sunday.

ECB chief executive Tom Harrison dismissed suggestions the IPL had been prioritised over a prestigious Test match, rejecting the idea the fear of missing out on the T20 tournament had caused the disquiet among India’s squad.

Talks continue between the ECB and the Board of Control for Cricket in India in a bid to resolve the outcome of the cancelled match.

If the two governing bodies fail to reach agreement, the ECB will ask the International Cricket Council to adjudicate.

It is understood that the ECB has not barred its players from appearing in the IPL.

India are scheduled to tour England again next summer for three one-day internationals and three T20 matches and further games, including a rearranged Test, could be added.

The outcome of negotiations between the ECB and its Indian counterpart could have a significant bearing on the points allocation for each country in the World Test Championship.

India were 2-1 up in the Test series, with England hoping to force a 2-2 draw with victory in a rearranged final Test.

Under WTC rules, matches can be cancelled, rather than forfeited, if coronavirus has had a “significant impact” and the ICC will be asked to rule on that if the two nations fail to reach an agreement.