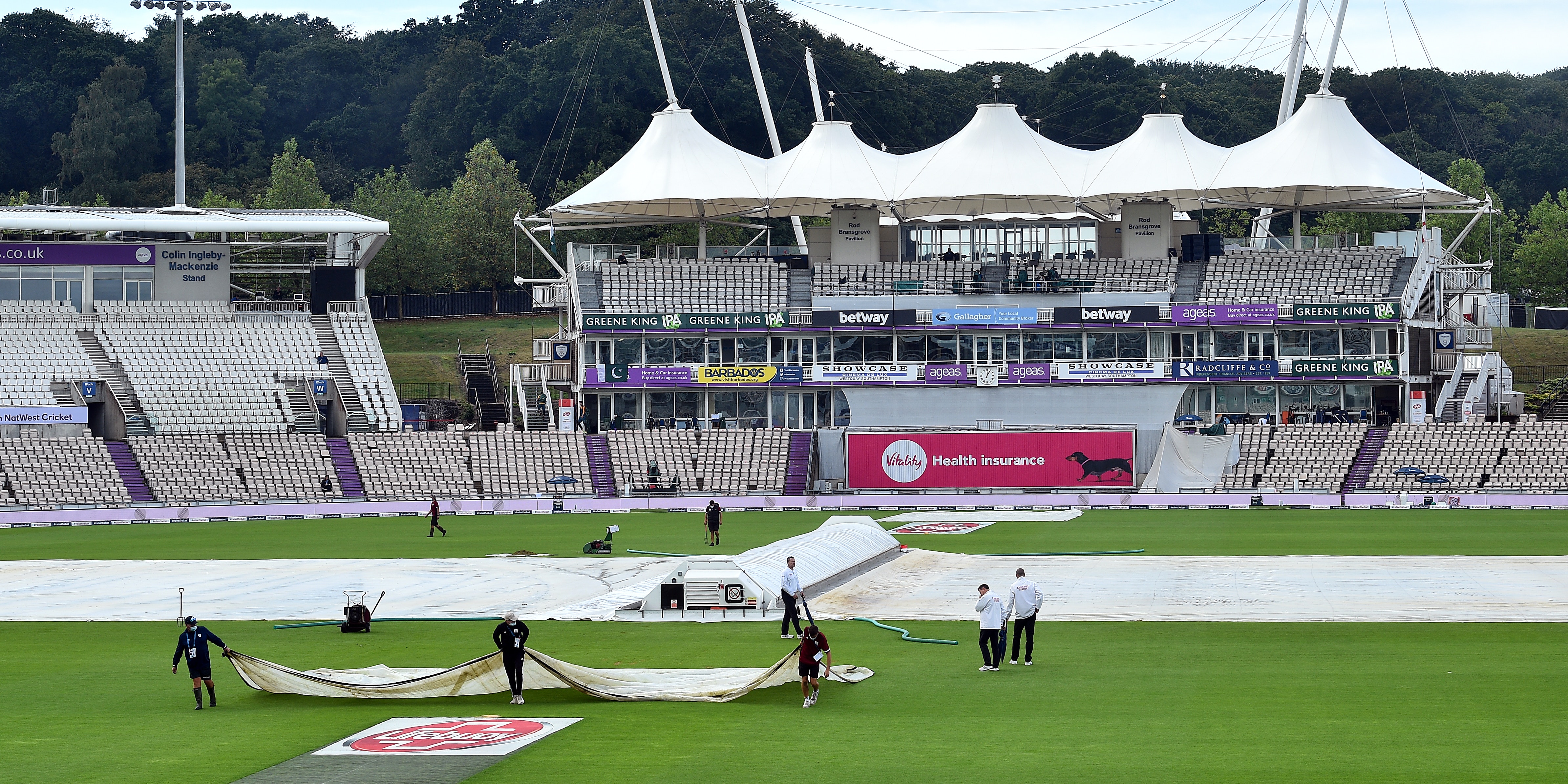 The England and Wales Cricket Board (ECB) is holding internal conversations around more flexible start times to make up for lost play, but any changes may not come soon enough for the third Test against Pakistan later this week.

The PA news agency understands that key figures at the ECB are currently discussing the idea of moving the rigid 11am start time forward following five dreadfully disappointing days at the second Test.

A paltry 134.3 overs were possible in a bore draw at Ageas Bowl and, although rain was partially to blame, there was also widespread dissatisfaction at early departures from the field for bad light.

While more proactive umpiring would be one solution – players need only be taken off the field when visibility is dangerous, not imperfect – there were several mornings in Southampton where fine weather and good light were wasted.

The 11am start has not always been set in stone in England and timings also vary internationally depending on local requirements but, even though there is a growing willingness at the ECB to push ahead with a change to the playing conditions, a three-day turnaround between matches might prove too short.

The worst fears are that bad light and rain again play a factor in the series decider – and current forecasts suggest that is possible – but there are a number of deals in place that muddy the issue.

While it appears a given that the UK broadcasters would welcome minor alterations to their schedules in return for more live cricket, the #raisethebat series is being screened in a number of different territories via a world feed and agreements with a wide network of television companies would all need to be revised. Schedules, listings and advertising are all in place based on the current timings and throwing them off, even by half-an-hour, would take some unpicking.

Should a solution be found in time, the respective captains, coaches and match officials could then be brought into the conversation and would need to agree to a change two games into a three-match series.

The received wisdom is that the ball moves around more prodigiously earlier in the morning in England, so that would be a variable all parties would need to be comfortable with.

England skipper Joe Root has already said he is open to the idea of earlier starts after being left frustrated by events in Southampton but, with a 1-0 lead to preserve, may prefer to revisit the matter at the start of a series rather than during.

Another reason often given for the fixed 11am start is fairness to fans. That is not an issue in this behind-closed-doors summer, but the official Barmy Army fans’ group would support a more agile approach in future.

Managing director Chris Millard told PA: “Well-travelled cricket fans are used to seeing start times changed in other countries around the world for the benefit of the game. We would welcome any positive decision in making the game more accessible for everyone.

“Rain breaks and bad light cause unwanted interruptions and any moves to catch up on lost time are a welcome move in the right direction. At the moment we don’t know when the Barmy Army will be allowed back into grounds to support their team but, when we do, we hope as much effort as possible can be put into getting the game on.”