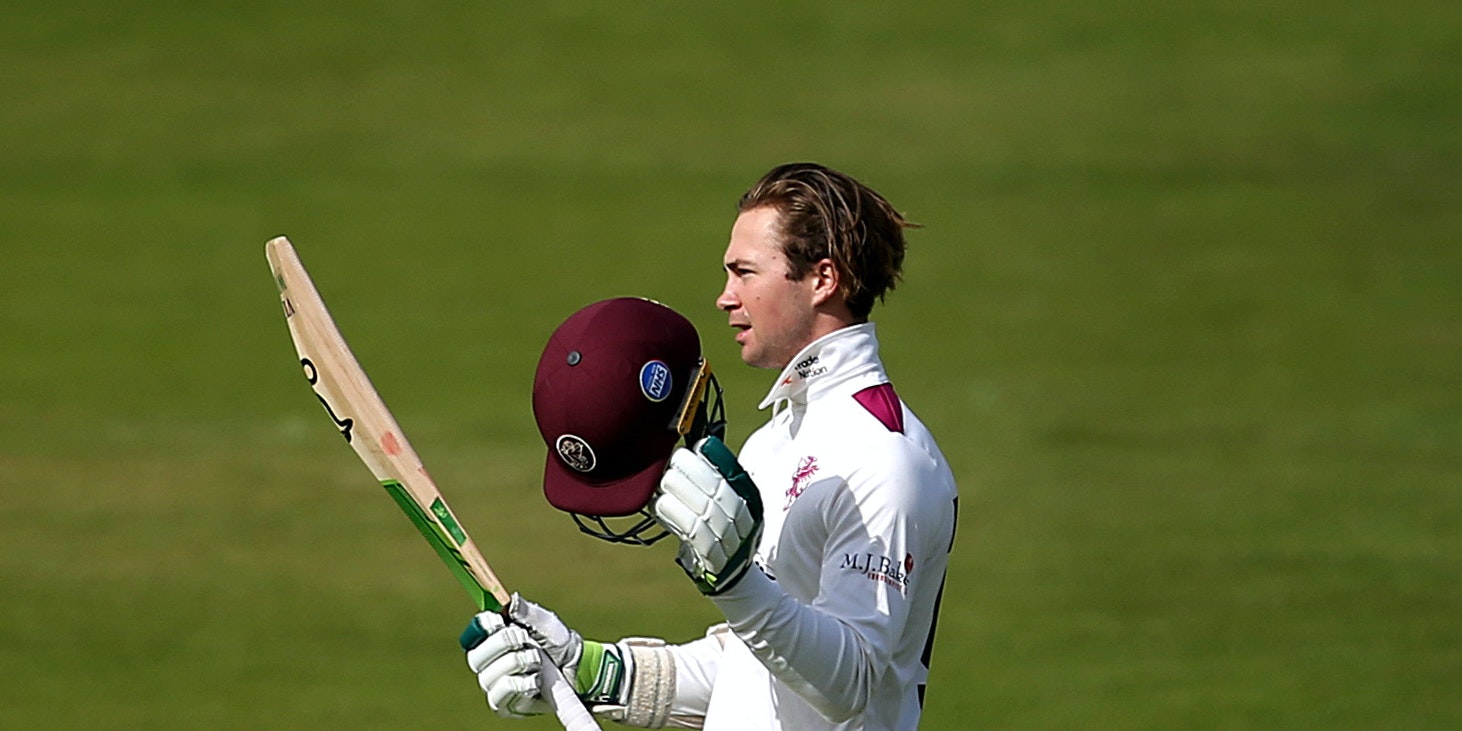 Eddie Byrom played the innings of his career to hand Somerset the advantage over Essex on day two of the Bob Willis Trophy final at Lord’s.

Byrom, a 23-year-old Zimbabwean with an Irish passport, came into this showpiece with a top-score of 30 in the competition and an average of just 17 but ended his knock a potential match-winner.

On his first appearance at the home of cricket he converted an overnight half-century into a compelling 117 to power the Taunton side to a sizeable first-innings total of 301 all out.

It was just the third first-class ton on his CV but given the occasion, and with silverware on the line, it will comfortably outstrip previous, lower-key efforts against Cardiff University and Bulawayo Metropolitan Tuskers.

Play had resumed with matters firmly in the balance, Somerset on 119 for four, and Byrom seized the initiative in tandem with England’s Craig Overton, who struck a vibrant 66 in a stand worth 127.

Sam Cook continued to impress for Essex after removing both openers on day one, taking out the dangerous Steve Davies in the only breakthrough of the morning session and returning to complete figures of five 76.

Essex’s push was stalled in part due to a lacklustre display from Simon Harmer, the county’s most destructive wicket-taker of recent times. The off-spinner was the most prolific bowler in the competition during the group stages and, though he finished with two for 36 after claiming wickets with the last two balls of the day, he was short of his usual bite and control.

The day began positively for Essex, Davies gone for 27 when he pushed at Cook and fed Adam Wheater a simple catch behind the stumps.

Byrom had 57 to his name at the fall of wicket and watched on as Overton negotiated a tricky start before an edged four got him going.

Gradually Essex lost their way, Overton finding the ropes with some hard blows and Byrom dealing particularly well with Harmer.

Overton reached his half-century in 85 balls, a punchy contribution from number seven, but Byrom spent the lunch break stranded on 97 after opting against attacking Harmer’s last over before the break.

He did not have long to wait after the restart, pinging an on-drive for his 15th four as Cook overpitched a touch. The empty ground soon began came to life with roars of approval from the Somerset balcony, who showed their appreciation as Byrom twirled his bat in delight.

The weather turned again to prevent any further progress, with the covers on and the players off for more than two and a half hours. It eventually relented enough to allow a 4.30pm restart, with Essex relying on the new ball to change their fortunes after 90 overs.

Porter made sure it did just that, trapping Overton lbw with the fourth delivery of his spell, while Cook finally found a way past Byrom, who was given after being hit on the knee-roll. He completed his five-for when Lewis Gregory was hit on the back leg swiping messily across the line.

Sir Alastair Cook and Nick Browne made their way to the middle to face three overs but the umpires decided against resuming due to bad light.