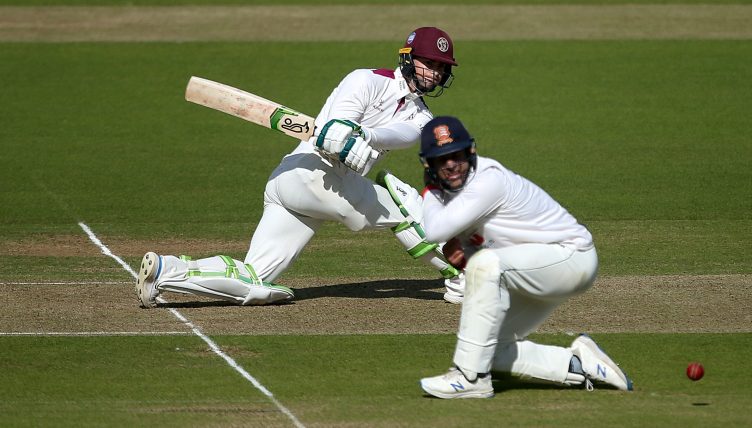 Eddie Byrom moved within touching distance of a century as Somerset took control of the Bob Willis Trophy final on the second morning at Lord’s.

Byrom, the Zimbabwe-born batsman, has only scored two first-class centuries before and by reaching 97 not out in a score of 233 for five he touched new heights.

The season decider resumed on Thursday with Somerset 119 for four, with the match firmly in the balance, but Essex laboured in conceding 114 for the addition of just one wicket.

Byrom scored 46 of those, with England’s Craig Overton adding a sparking half-century of his own as the momentum shifted emphatically.

Wicketkeeper Steve Davies was the man to fall, nicking Sam Cook behind for 27 as the seamer claimed his third scalp of the match.

At 139 for five Essex would have been eyeing a swift conclusion to the innings, but Byrom’s resolve did not waver and Overton proved a willing accomplice.

Beard’s 11 overs cost 68, while Harmer – the tournament’s leading wicket-taker – drifted towards the legs and allowed Somerset to build towards a strong total.

Overton reach his 50 before the break but Byrom was three short of a memorable ton after playing out Harmer just before lunch.