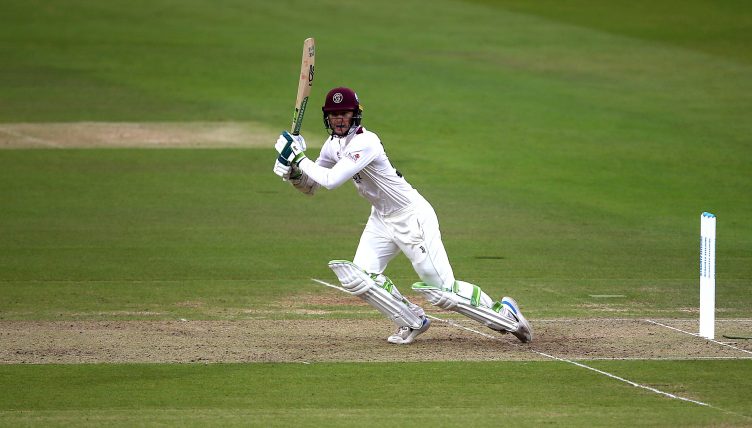 Eddie Byrom’s unbeaten half-century bolstered Somerset’s resolve after a strong start from Essex on a rain-affected opening day of the Bob Willis Trophy final at Lord’s.

Somerset reached 119 for four as just 44 overs were possible at the home of cricket – a loss of time mitigated by the decision to make this first-class season decider a five-day encounter – but owed Byrom heavily for his 51 not out.

The Zimbabwean’s innings prevented an outright collapse from the Taunton side, but reigning county champions Essex made some handy inroads in between the showers.

After both sides came together to take a knee in support of Black Lives Matter, Cook landed the first blow of the match before a run had been scored. He went fast and full at Tom Lammonby, whose stock has risen considerably over recent months, pinning the young left-hander for a three-ball duck.

Cook also mustered a decent appeal against Somerset captain Tom Abell on nine but was unable to persuade the umpire on this occasion, with height potentially an issue.

Abell and opener Ben Green succeeded in taking the shine off the new ball, with Porter reliably tricky throughout a seven-over burst.

Abell looked the likelier of the two batsmen to push on, connecting particularly well with a couple of commanding shoes, but he departed for 19 when wicketkeeper Adam Wheater took a brilliant diving catch down the leg-side.

Abell played slightly around one from Beard but would have been surprised to see Wheater hang on to a wonderful one-handed catch as he flung himself athletically to his left in pursuit of what seemed little more than a half-chance.

Porter vacated the Pavilion End to allow Cook’s return and he duly ended Green for 24 after 66 balls of resistance.

This time he nipped one in between bat and pad, flicking the off stump to leave Somerset 52 for three.

Byrom had been in at four, showing enough composure to get through the seam trio and then successfully negating the tournament’s leading wicket-taker Simon Harmer, who found a first morning pitch in September a tough proving ground for his off-spin.

Byrom accelerated just before lunch with four boundaries in the space of eight deliveries – including three off Beard as his line strayed – in the process overtaking his previous best of the season, a modest 30.

The teams took lunch at 90 for three, but neither were able to progress considerably as their attempts to complete the day’s play were frustrated by further rain and two mini-sessions.

The first of those saw Essex reassert control, Porter and Cook stitching together six successive maidens – successfully getting to the end of George Bartlett’s patience as he drove at Porter and nicked to Sir Alastair Cook at slip.

Byrom’s concentration continued, allowing him to reach his fifty just before the day was abandoned, with Steve Davies in support on 13no.