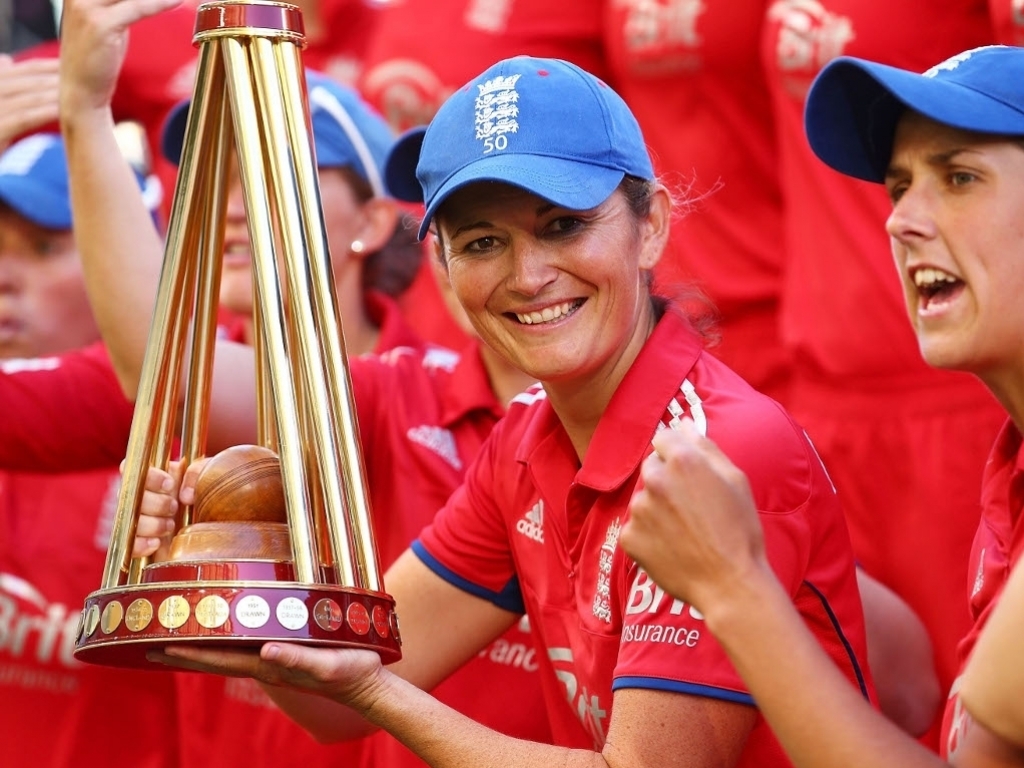 World Cup winning captain Charlotte Edwards has been announced as an ambassador for the Women’s World Cup 2017 being held in England and Wales.

Edwards is one of the most accomplished players in the history of the women’s game – having led England to victory in the ICC Women’s World Cup in Australia in 2009. Her performances in the ICC World Cup 2009 saw her being named as captain of the tournament best XI.

In the same year Edwards lifted the ICC Women’s World Twenty20 trophy at Lord’s – the host venue of this year’s final.

Edwards, who played for England on 220 occasions, said: “It is a great honour to be an ambassador at what I believe will be the greatest ICC Women’s World Cup to be held to date.

“The support for women’s cricket has always been outstanding in England and Wales. Every team receives a vibrant and enthusiastic welcome here which I’m sure will make for a fantastic and highly competitive tournament.

“The grounds that have been chosen – Bristol, Derby, Leicester and Taunton – are great venues to witness the action unfold and, of course, it is capped by a final to be held at the Home of Cricket – Lord’s. That will be a memorable occasion for everyone involved – one they will cherish for the rest of their lives.”

The ICC Women’s World Cup 2017 begins on 24 June, when England takes on qualifier India at Derby – a game that is already sold out. The eight-team tournament will finish on 23 July with the showcase final at Lord’s.

As a player, Edwards scored more than 10,000 runs in all formats for England and was the first player – man or woman – to reach 2,500 runs in Twenty20 cricket. She still holds the record for the highest score by an England batter in the ICC Women’s World Cup – smashing 173 from155 balls in the 1997 tournament at just 17 years of age – a knock that included 19 boundaries.

As part of her role as an ambassador, Edwards will be joining up with the Nissan Trophy Tour on stops in Taunton, Bristol and Derby.