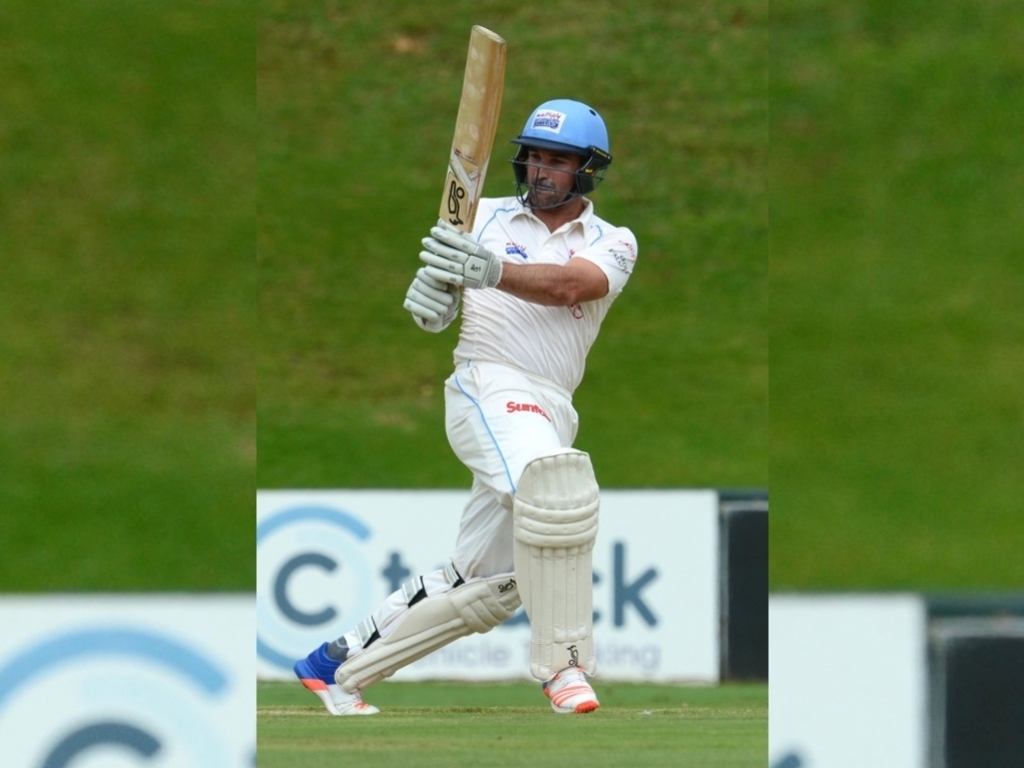 After losing the toss and being asked to bowl first the Dolphins toiled hard in the field as the Titans amassed 205/2 on day one of their Sunfoil Series clash at the Oval in Pietermaritzburg on Monday.

The home side handed a debut cap to young seamer Kerwin Mungroo who had the difficult task of opening the bowling against the current Proteas opening duo of Aiden Markram and Dean Elgar.

It was a tough opening period for the Dolphins who were put under pressure by the in-form openers and the pair took advantage of some in-between bowling from the Dolphins attack early in the day.

The run-rate never got too out of hand for the Dolphins but the Titans continued to tick along at a healthy pace for the majority of the first session.

When the spin of Prenelan Subrayen and Senuran Muthusamy was introduced the Titans batsmen were roped in and the rate dropped to just below three runs to the over.

The lunch break proved to be the undoing of the Titans captain Markram when he was neatly caught down the leg-side by Morné van Wyk for a fluent 67 off the bowling of Muthusamy just three overs after the interval.

Titans debutant Bafana Mahlangu joined Elgar at the middle and the pair continued to slowly build on their strong start, however some good, tight bowling from the Dolphins chargers forced the pair to grind out just over 60 runs in the second session.

Mahlangu became Muthusamy’s second victim when he lost his wicket after being caught and bowled by the left-arm spinner for 41.

Titans wicket keeper Heinrich Klaasen joined Elgar at the crease and the two added 13 for the third wicket until the umpires called the players from the field for bad light with 73 overs bowled.

Elgar was unbeaten on 88 while Muthusamy was the pick of the Dolphins bowlers with 2/31 in 19 accurate overs.

It is free entrance for spectators at the Pietermaritzburg Oval on day two on Tuesday.