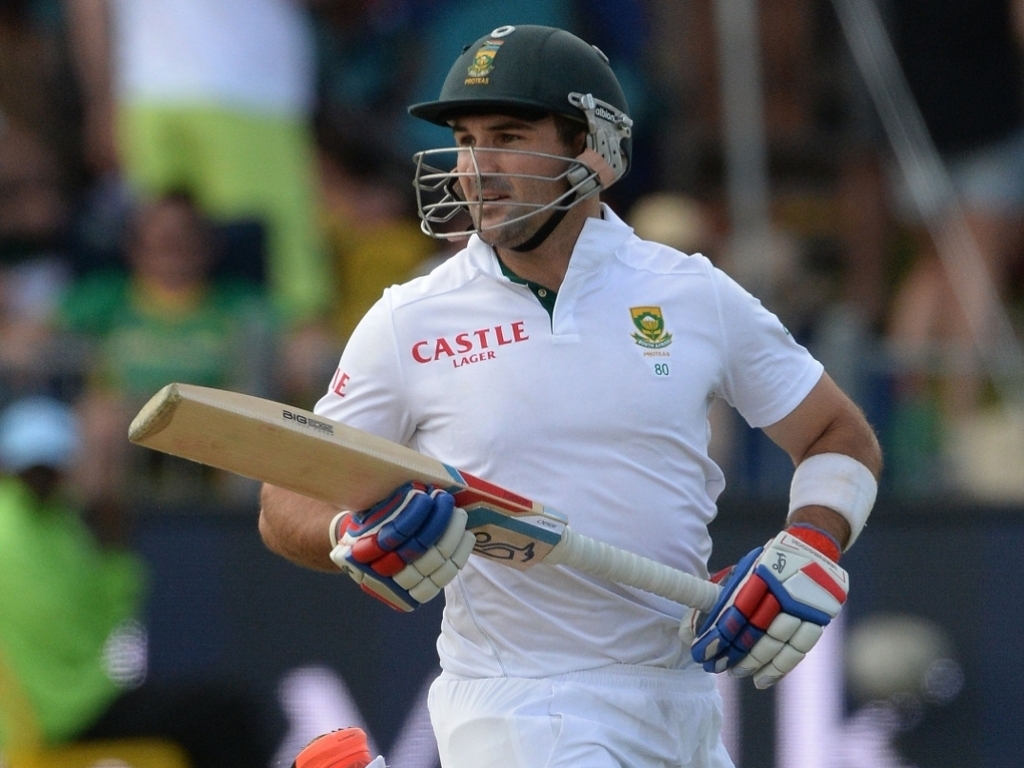 South Africa batsman Dean Elgar says patience was the best practice for the batsmen on the opening day of the second Test against the West Indies at St George's Park on Friday.

Elgar became only the third South African opener to score a century at the ground, and owed it to his composure and persistence on a slow-scoring day. The Proteas reached 270 for two by stumps, with Faf du Plessis on 99.

"At times there were a lot of dot balls bowled to us," Elgar said after the days play. "I think they had three maiden overs at us at a stage.

"It's one of the chats we had in the build up to this Test, the patience aspect. Even with the ball in hand you have to be patient, sometimes you don't pick up wickets as often as you want to.

"It's something that I have been fighting with myself personally throughout the last few games. I tend to get to the 20's and give my wicket away. It's nice to contribute in the manner that has just happened."

His 179-run partnership with Du Plessis followed a similar approach, with both batsmen biding their time despite numerous let-offs from the tourists.

Elgar added: "Luckily you have a guy at the other end that you communicate with. Faf and I get along quite well when we have the bat in hand, don't get me wrong we also get on well off the field.

"We have batted a lot together over the last four or five years from SA A and in the Test side.  We have had a few substantial partnerships together so we know what to say to each other at the right time."

The Proteas will look to follow a similar batting approach to that of SuperSport Park, and will be encouraged by the lively look of the St George's Park pitch.

"There is a lot of seam movement out there," Elgar said. "I think if you bowl the ball in the right area with a bit more consistency the rewards will be there. The Windies had their opportunities to have us at least five down by the end of play today but luckily we are only two down with a relatively decent score."