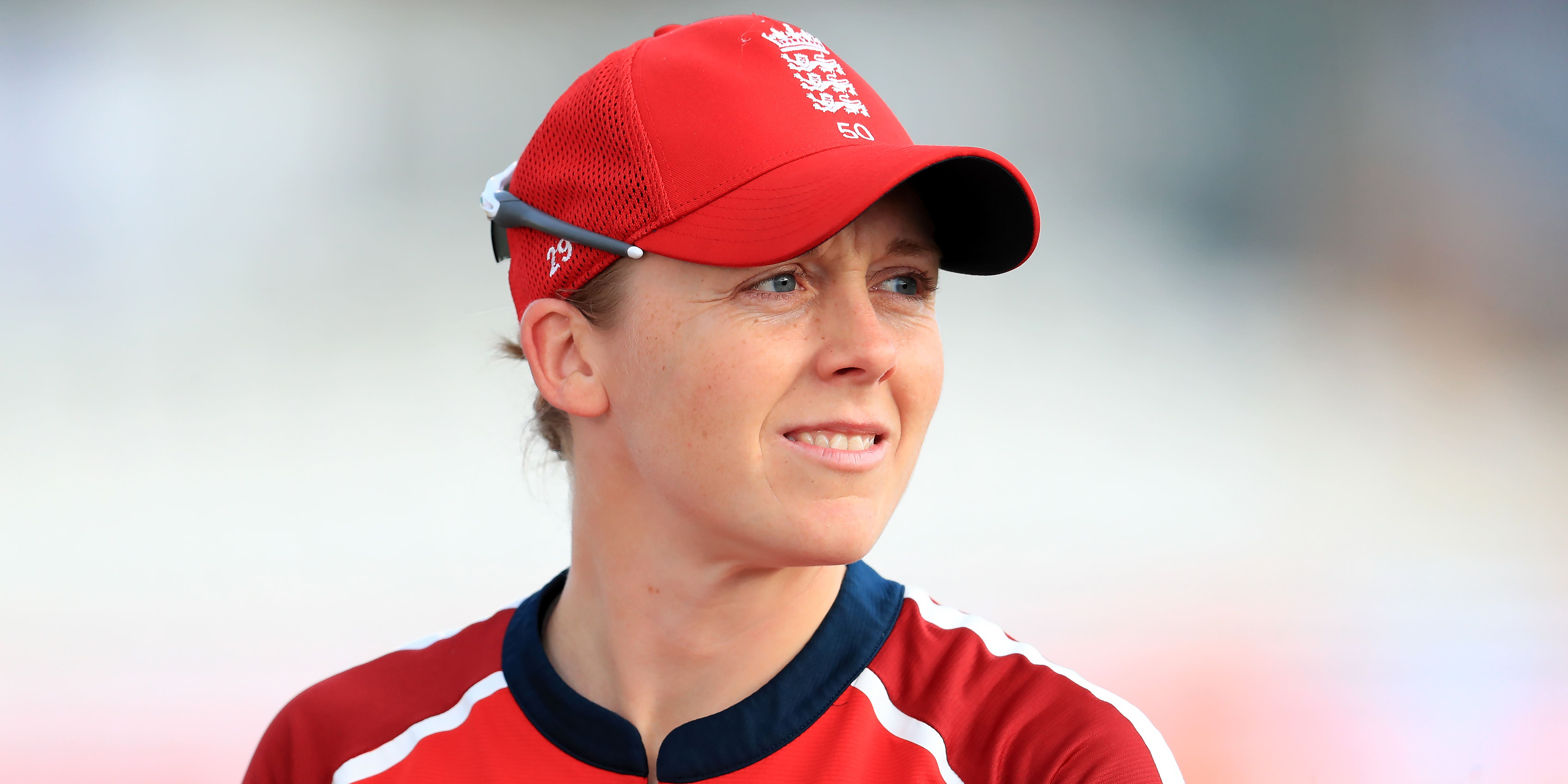 Heather Knight admitted even she had been taken aback by Emily Arlott’s progress this year as the young seamer received her maiden England call-up ahead of the one-off women’s Test against India next week.

Arlott’s selection in a 17-strong squad comes days after figures of five for 29, including four wickets in an over and three in three balls, as Central Sparks beat defending Rachael Heyhoe Flint Trophy champions Southern Vipers.

The 23-year-old was one of 41 female cricketers awarded a full-time domestic contract late last year by the England and Wales Cricket Board, and the strides she has taken have convinced Knight that a number of others who benefited from those deals will soon be putting themselves in the shop window for international recognition.

“She’s come out of nowhere, really, which is great,” said the England captain. “I don’t know a huge amount about her apart from the last month or so when I’ve been watching her a little bit more closely.

“These girls having the opportunity to train professionally throughout the year, which I think is the biggest difference – they can work at all aspects of their game and be more ready if they do get that England call-up.

“What we really want (is) to have that competition and players below pushing the players who are in the team and pushing us to go to new heights as individuals and as a team.

“Hopefully, it’s going to be a great thing for England and hopefully Emily tears things up.”

Fellow seamers Tash Farrant and Freya Davies, all-rounder Sophia Dunkley and spinners Sarah Glenn and Mady Villiers have represented England in one or both of the shorter formats but are uncapped at Test level.

The four-day match against India, which starts on June 16 in Bristol, will be just the ninth Test in the last decade in women’s cricket and will count towards a multi-format points system identical to that used in the Ashes.

Three one-day internationals and three Twenty20s against India follow the Test, where a Kookaburra ball will be used instead of a Dukes in preparation for England’s winter trip when they attempt to regain the urn in Australia.

“It’s no secret that this Test match is a huge part of our preparation going into that Ashes series and Test match away from home,” said Knight, whose deputy in all three formats going forward will be all-rounder Nat Sciver.

“It’s worth looking at using the Dukes ball in women’s cricket and women’s Test cricket around the world. I think it’s definitely worth looking into.

“But obviously we want to use a Kookaburra this summer because it’s the best preparation we can have leading into that Ashes Test match.”

Knight is set to make her eighth Test appearance next Wednesday against India, whose last foray in the format was in 2014, and the 30-year-old admitted there will be trial and error from both sides.

“I think sometimes it’s tricky when you play Test cricket so rarely to know exactly what to do in certain situations because you haven’t been put in them very regularly,” added Knight.

“We don’t play any multi-innings cricket domestically so we’re finding our feet a little bit as we go. There’s the added nerves and expectation.

“I’m sure the Indians will have a few nerves as well, having not played a Test match in about seven years. It’s the same for both teams.”